BTS Cracked Up At Jungkook’s Secret To Making His Abs Stand Out On Stage : Entertainment Daily 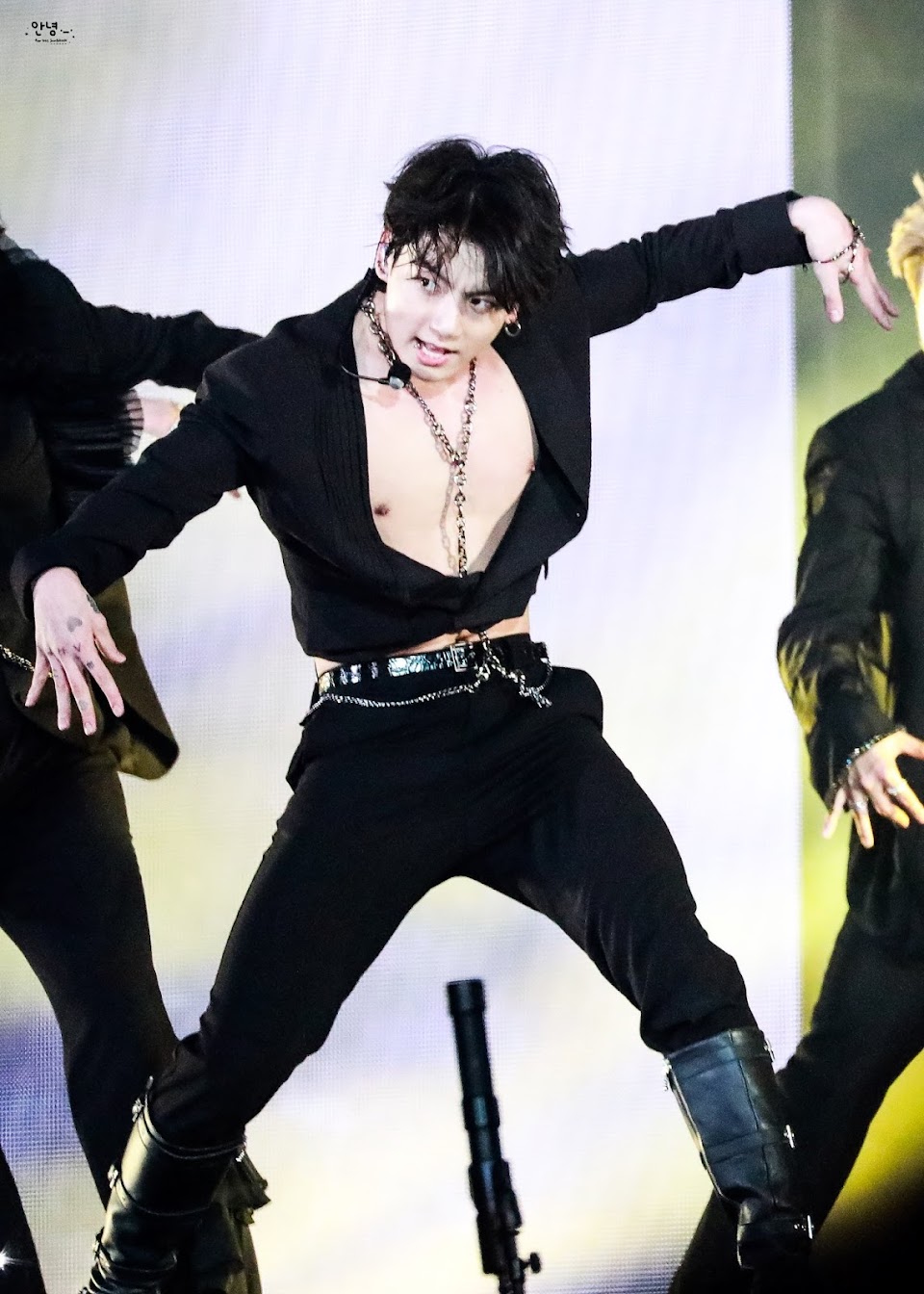 BTS‘s “FAKE LOVE” performances wouldn’t be complete without Jungkook showing off a bit of skin to tease fans. It turns out Jungkook has a secret for making his abs stand out on stage and shared it during the group’s recent live broadcast.

Days after they kicked off their PERMISSION TO DANCE ON STAGE – SEOUL concerts, Suga remembered learning some interesting news. He said, “On the third day, I was told you put oil on before going up.”

All of the members couldn’t resist laughing at the new discovery. J-Hope threw his fan down while RM tried to hide his laughter.

While they laughed, Jungkook explained that it was a common thing for him to do, “I always put oil on.”

Teasing Jungkook over the body oil, RM made fans laugh by asking, “Are you grilling steak?”

Although Suga hadn’t seen Jungkook putting the body oil on himself, Jimin did. He saw Jungkook pose in front of the mirror backstage, checking himself out while flexing his muscles. Laughing, Jungkook responded, “Should I not look?”

Not only does Jungkook put everything into his vocals and dancing on stage, but he also makes sure fans are seeing his abs in their best light. From how excited ARMYs react to the stage, body oil was a genius idea.

Watch Jungkook crack up BTS with the secret technique for his abs.

2022: jungkook talking about how he puts body oil on his abs before fake love.
2018: jungkook getting shy when others talk about his abs.pic.twitter.com/zZ7onFB8em