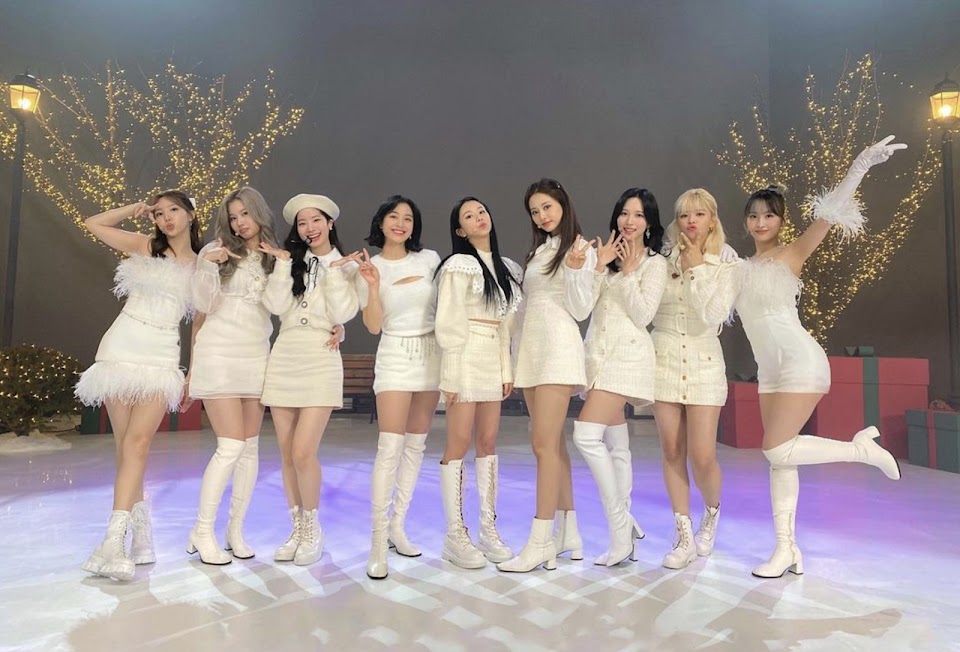 While fans were excited for the album’s release, some fans couldn’t help noticing that Tzuyu was notably absent from the introduction to the “More & More – Japanese Version” Music Video Making Movie that was included in the album DVD.

Tzuyu appeared in a group shot with the rest of the members at the start of the “More & More – Japanese Version” Music Video Making Movie.

Fans also noticed that Tzuyu did not get a solo scene in the Japanese “I CAN’T STOP ME” music video that’s included in the #TWICE4 DVD even though she has one in the Korean version of the music video.

After fans noticed that Tzuyu didn’t get a solo shot in neither the introduction to the “More & More – Japanese Version” Music Video Making Movie nor the “I CAN’T STOP ME” Japanese music video, they trended #TzuyuDeservesBetter on Twitter to call attention to the alleged mistreatment of Tzuyu.

JYP ENTERTAINMENT DO BETTER! THIS KIND OF MISTAKE IS UNACCEPTABLE, SUCH A BIG COMPANY BUT FAILED TO DOUBLE CHECK YOUR EDITS?? TZUYU DESERVES BETTER.

tzuyu has been constantly working hard year after year proving that she’s more than just a pretty face. she’s an extraordinary dancer, singer, and performer of the nation’s girl group, twice. hurts to not see her included because she deserves so much. tzuyu deserves better.

Thank you very much for your continued support of TWICE. Regarding the contents of ‘More & More – Japanese Version’ Music Video Making Movie included in the DVD of #TWICE4 Limited First Press Version B (WPZL-31947) released March 16 (Wednesday), during the final stages of the production when making the video master, a system glitch occurred causing only the cuts to be replaced.

We deeply apologize for the great deal of inconvenience and unpleasant feelings we have caused to the members and everyone involved, as well as to the fans who always support us. In the future, we will pay close attention to prevent this from happening again and make every effort to prevent a recurrence. The correct video that was supposed to be included will be available on the ‘TWICE JAPAN OFFICIAL YouTube Channel’ from 9 PM today (March 18).

We deeply apologize once again.

While JYP Entertainment stated that Tzuyu’s solo shot was removed from the intro due to a system error, ONCEs believe the company should have checked the DVD footage for errors before distributing the DVD.

Are you kidding me? System error? Can you explain
why it always happened to Tzuyu ?
And can you explain why ICSM Tzuyu’s part one of her solo screen time became Mina + Momo + whole group ?#RESPECTTZUYU

I really want to know what “system” you utilized? Omg, you dont review at all, right?