BLACKPINK’s Jisoo Was Absolutely Shookened When She Learned How Much Lisa’s Dog, Love, Weighs : Entertainment Daily 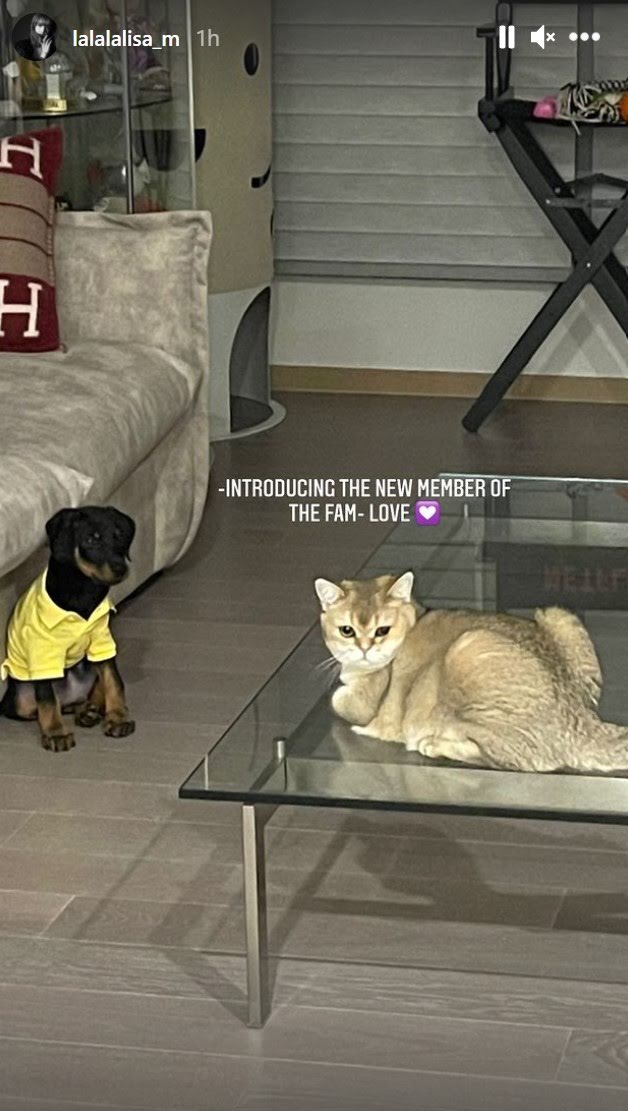 BLACKPINK‘s Lisa has a new addition to the “L Family,” a dog named Love. He was just a few months old when he first made his debut on Lisa’s Instagram account in August 2021.

Several months later, the cute little pup grew much larger! In fact, he’s bigger than many may expect, including fellow BLACKPINK member Jisoo. In a live broadcast, Lisa revealed the weight of her beloved Doberman puppy.

Jisoo: Love is all grown up this year.

Jisoo, who was unaware of the exact number, let out an audible gasp, saying, “Really?” Lisa confirmed that Love was actually 30.5kg (around 67lbs) as of February 2022.

It was especially surprising to the older member considering she often carries him on her back.

Lisa herself was shocked at Love’s weight gain. Each time he tried to sleep on her, she found him too heavy.

Love still thinks he’s a baby and sleeps on top of me. But he’s so heavy [I can’t breathe].

Jisoo also recounted a time when she realized Love was packing on the pounds. She apparently thought a human stepped on her foot because of how heavy it was, but it was the Doberman all along!

Love’s a growing boy for sure!