In the pictorial, Suzy exudes spring vibes as she makes lively poses in bright outfits, and she grabs attention with her choppy bangs. She completed the photo shoot that includes Dior’s 2022 spring-summer collection by adding her own elegant atmosphere. 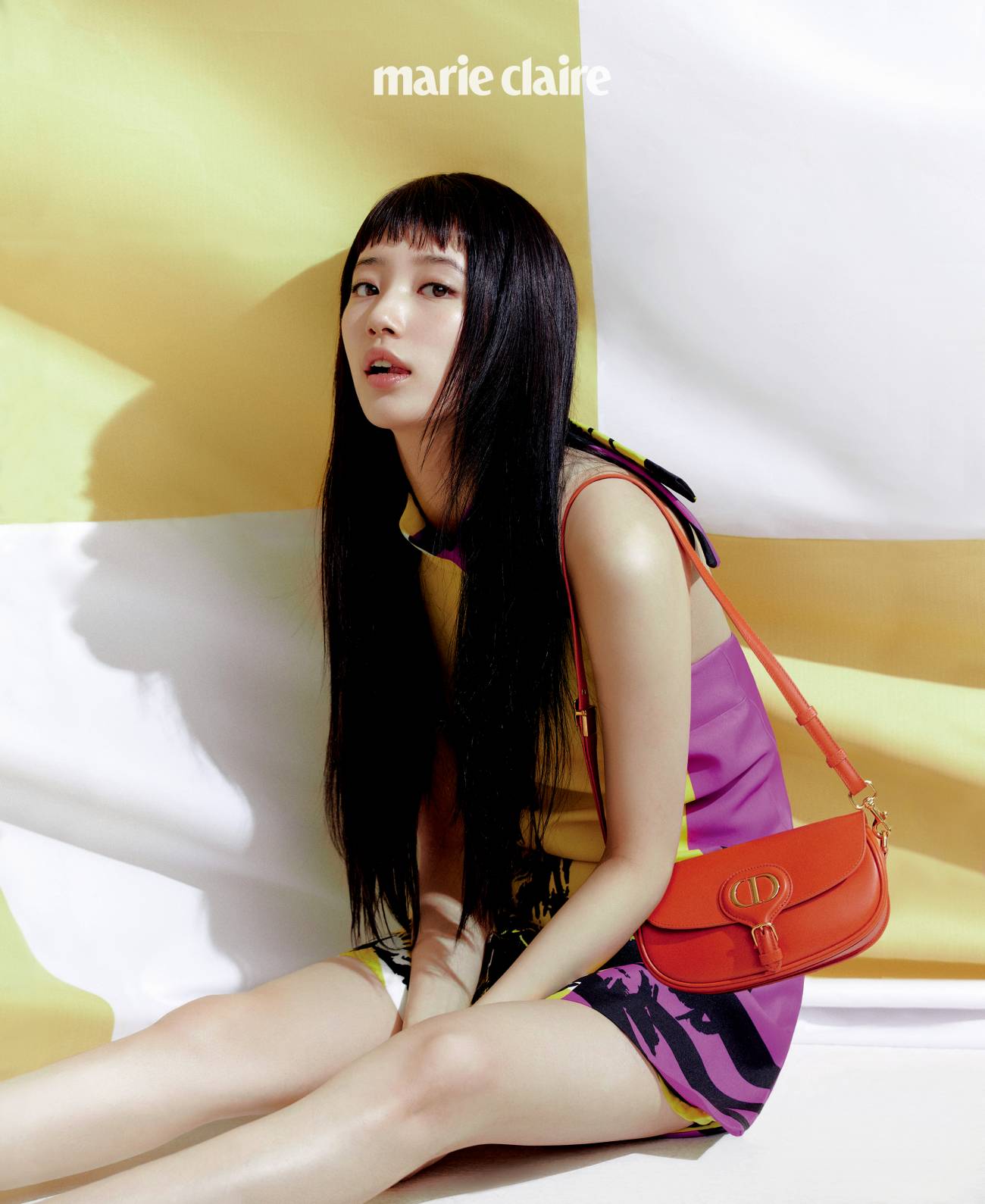 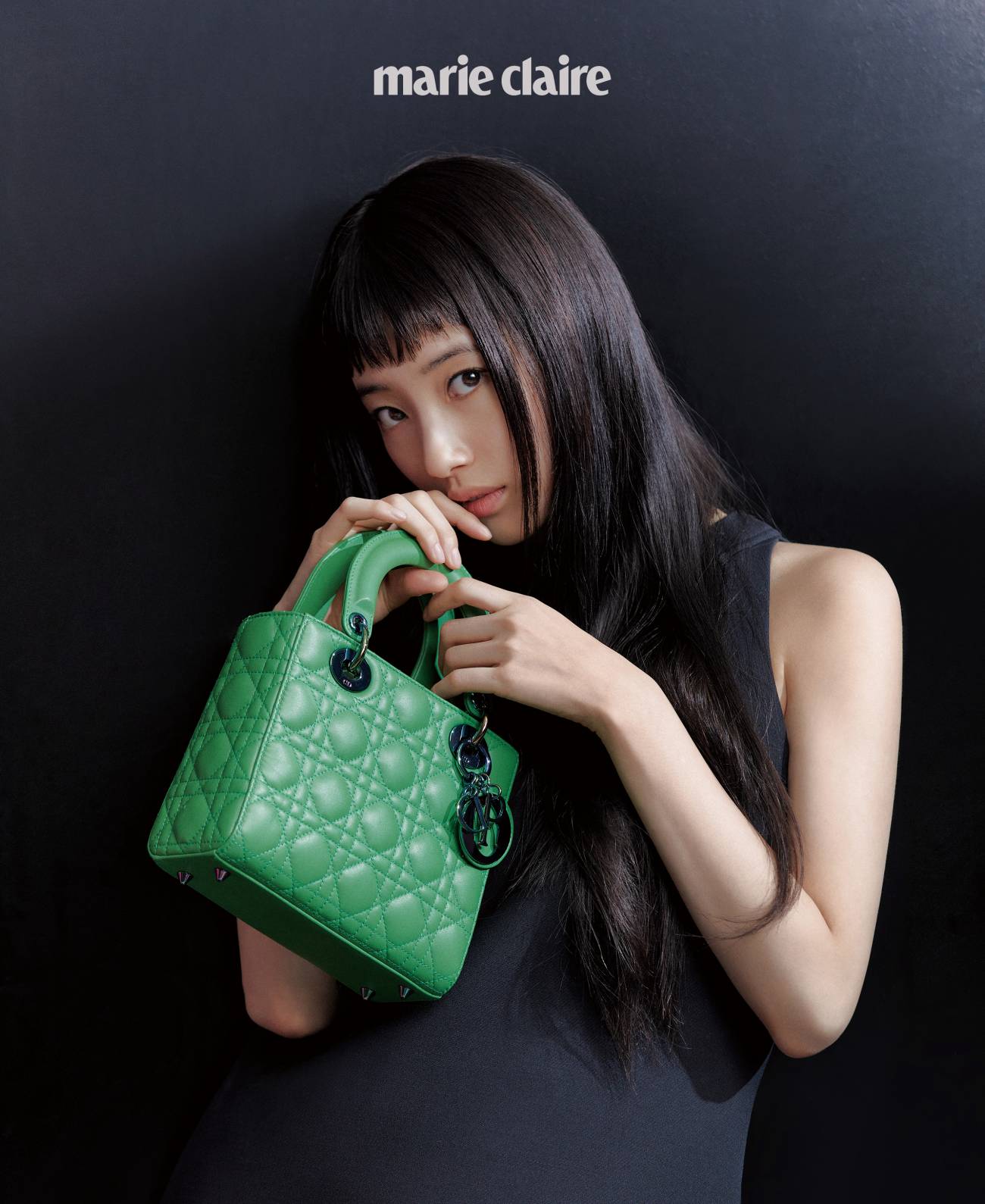 In the interview that followed the photo shoot, Suzy shared her love for her digital single “Satellite,” which was released last month. She commented, “It was a process of finding out what I like.”

Suzy even participated in writing the lyrics for “Satellite,” which expresses one’s unchanging feelings of staying close by someone while feeling a longing for something that can’t be reached. She explained, “In this song, I wanted to capture the atmosphere rather than delivering intentions or messages clearly and plainly. Thinking about the attributes of a ‘satellite,’ I wrote about things that couldn’t be reached and were wandering around.” 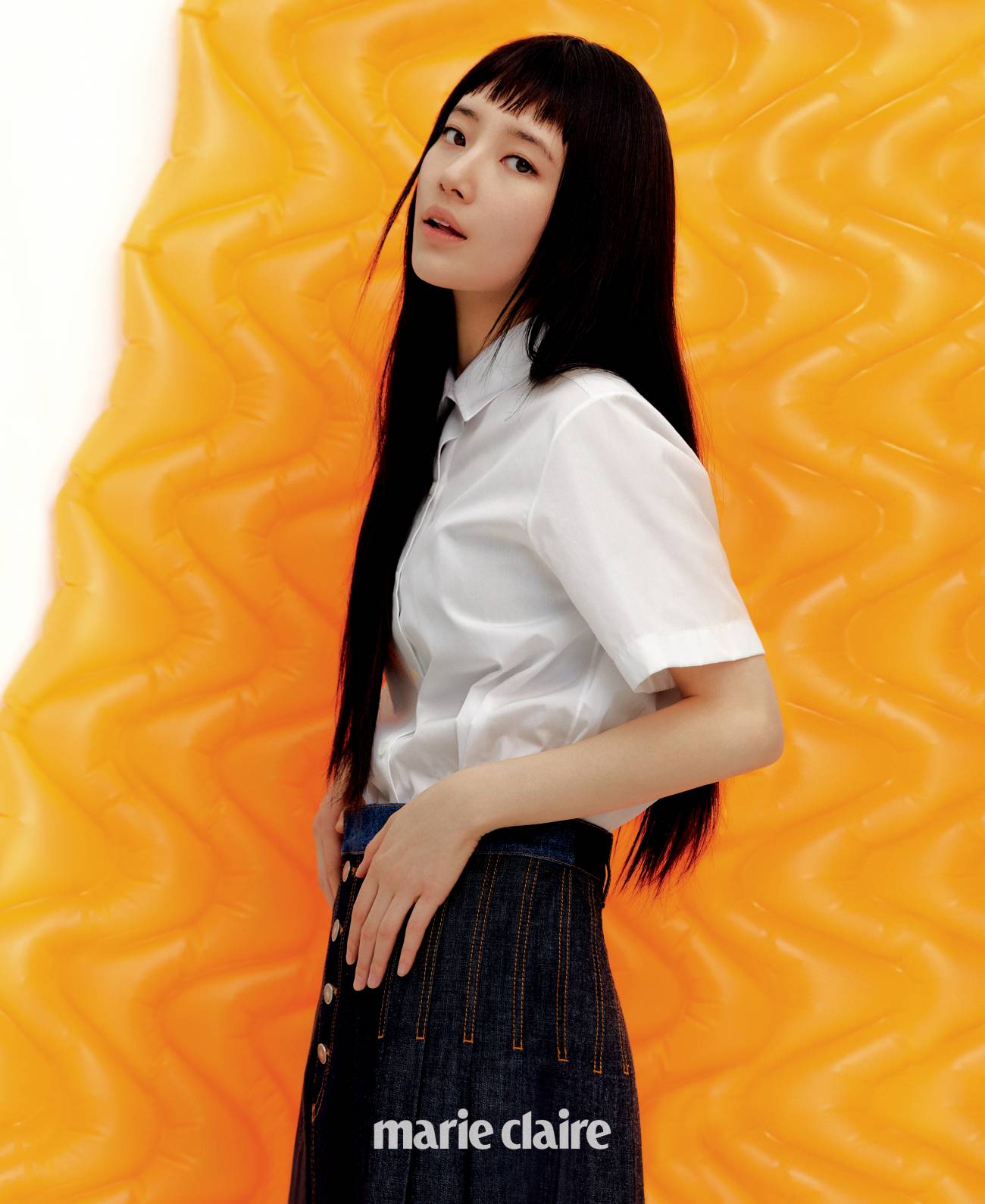 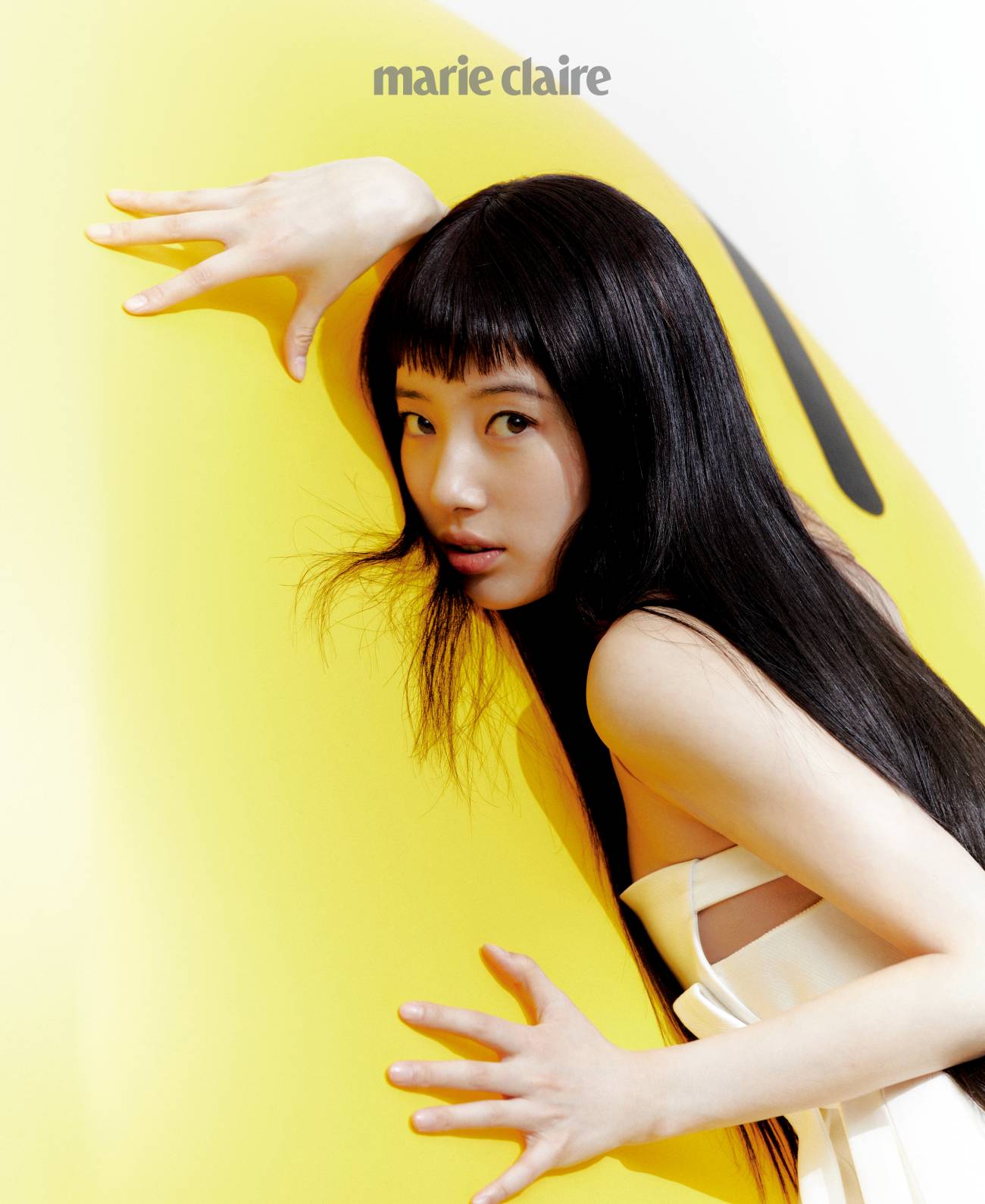 The music video for the track featured a dance performance by Monika of “Street Woman Fighter.” Concerning that, Suzy shared, “I liked ‘Street Woman Fighter,’ but when I saw Monika’s dance, I felt that she was a ‘muse.’ It’s hard to fill an entire song with a spontaneous dance, but she always showed different moves that it was hard to choose which clips [to include in the video]. It was the best way to express this song.” 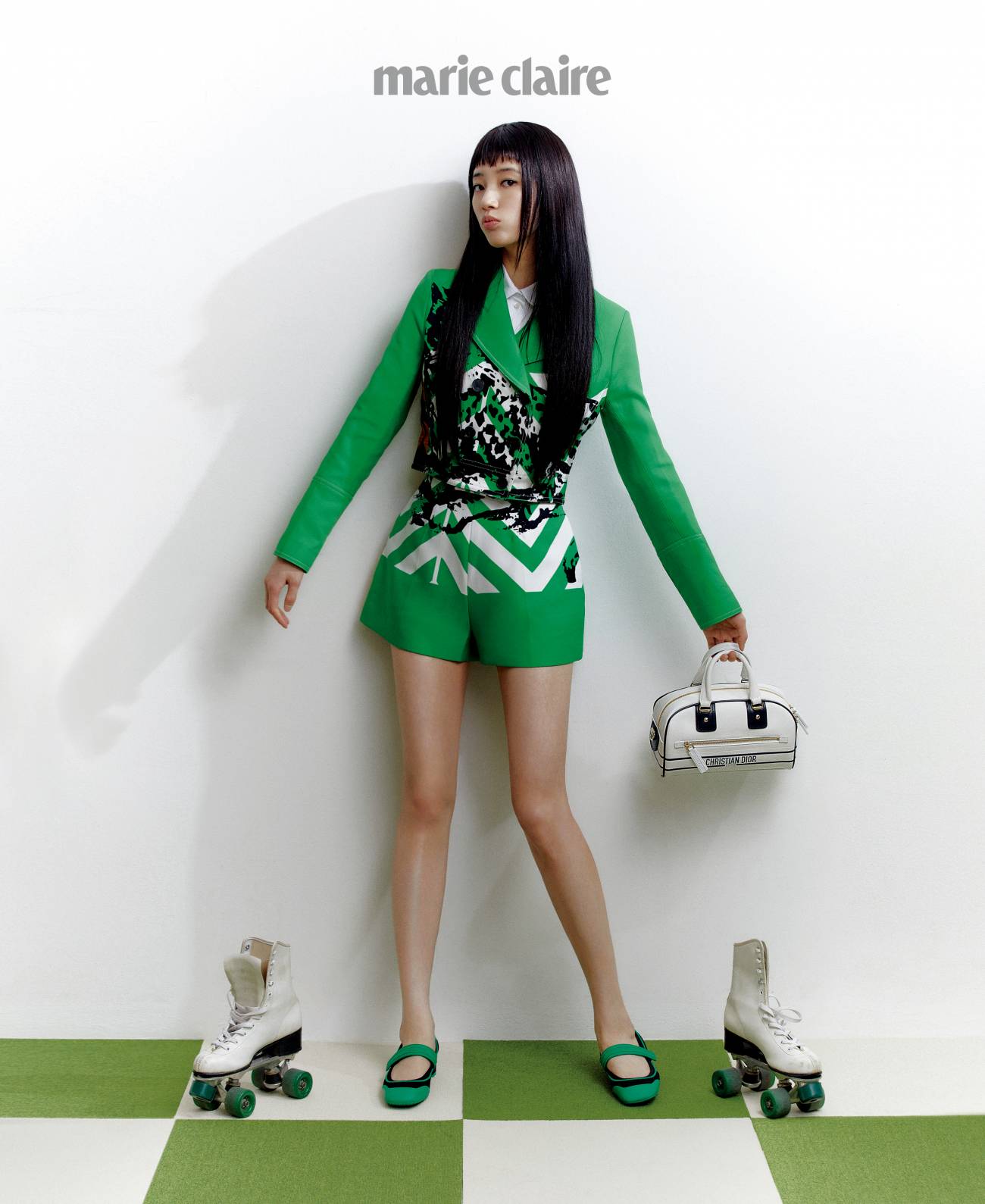 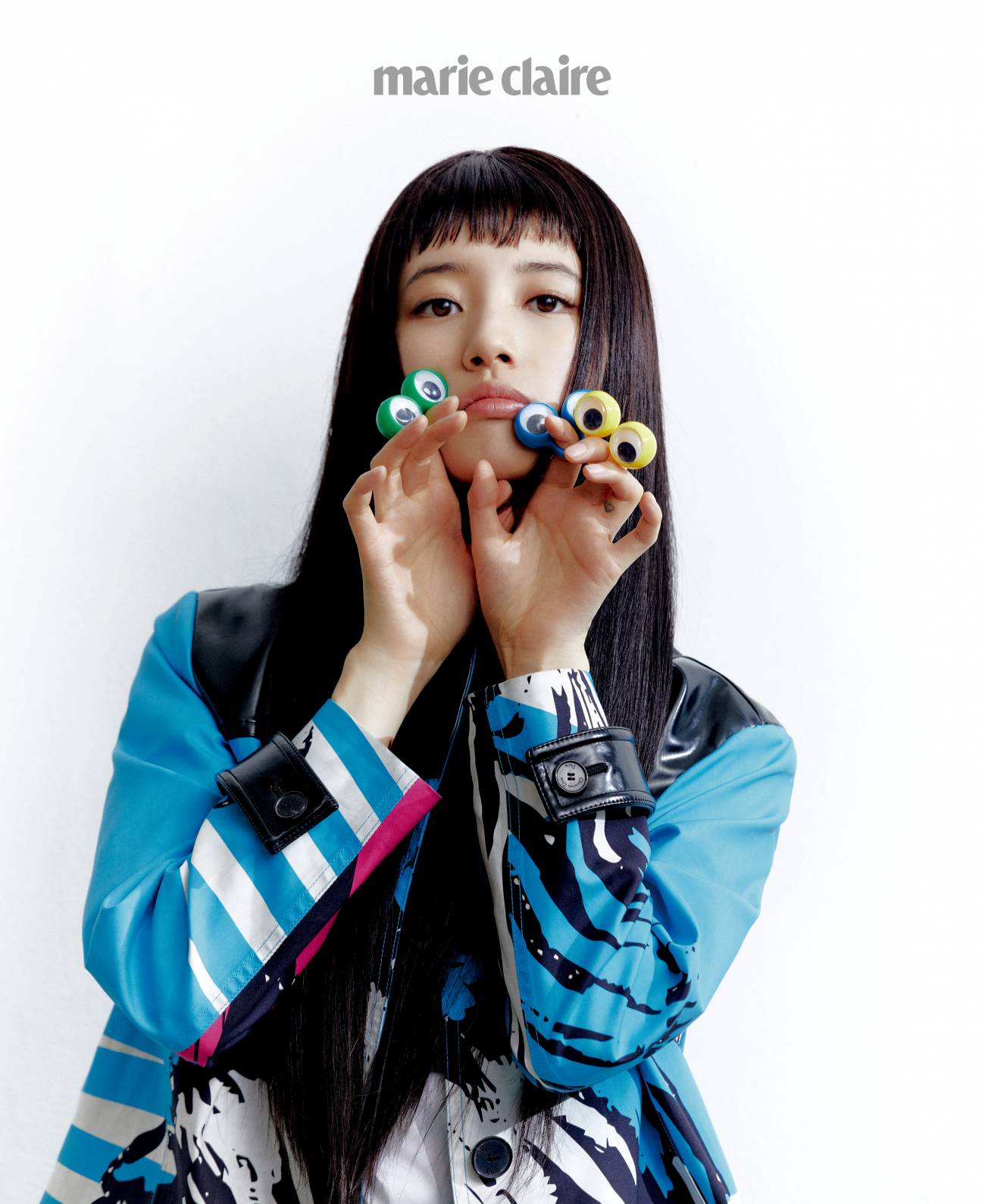 Suzy’s full interview and pictorial will be available in the April edition of Marie Claire.