tvN has dropped a group poster for “Sh**ting Stars”!

“Sh**ting Stars” is a new romantic comedy about the people who work behind the scenes in the entertainment industry cleaning up the messes created by the stars. The drama depicts the realistic story of people who stand behind the celebrities and shed blood, sweat, and tears to make them shine like stars in the sky.

In the new poster, Kim Young Dae shines in the middle while Star Force Entertainment’s staff members showcase contrasting facial expressions. Kim Young Dae’s poses naturally with a gentle smile, but Lee Sung Kyung, Yoon Jong Hoon, Kim Yoon Hye, Sojin, and Lee Jung Shin are all overwhelmed with separate concerns. The caption states, “The odd story of those who see everything about stars will begin.” 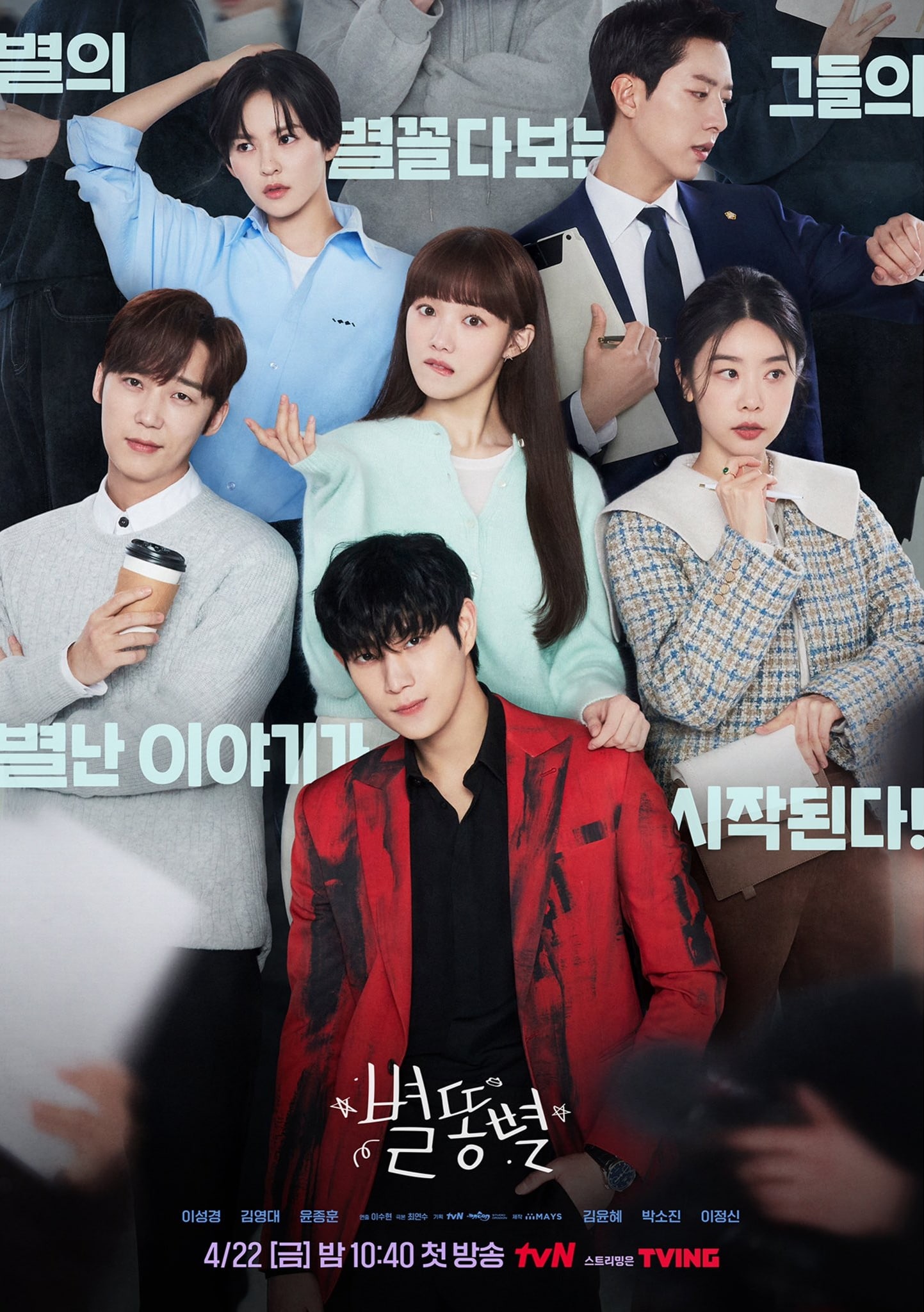 Check out a teaser below!