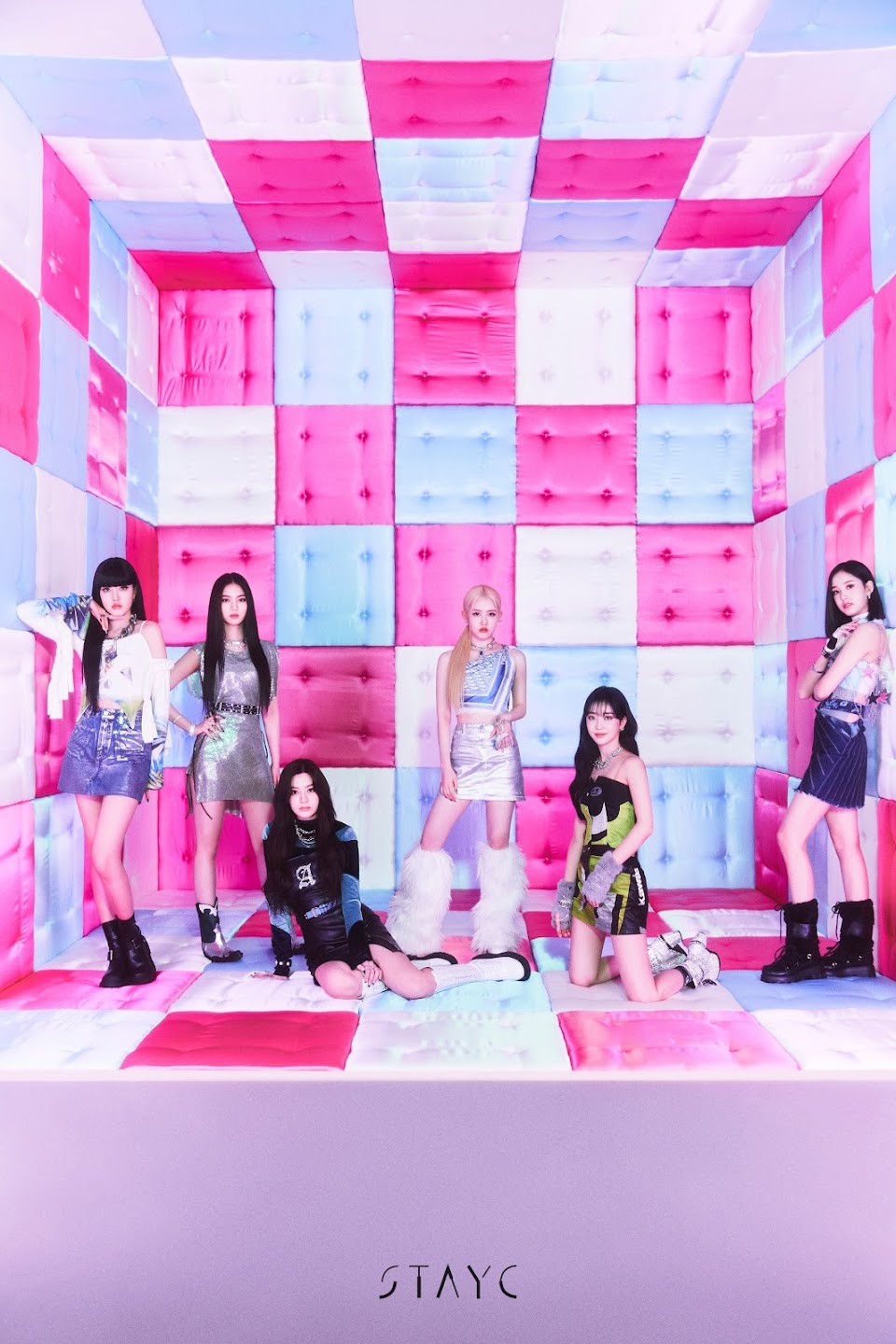 In a resurfaced interview with xsportsnews, High Up Entertainment‘s hot girl group STAYC was asked if they have a role model in the industry, and each member gave thoughtful responses.

J said that the group’s role model is solo singer-songwriter and rapper Jessi. They admire her charisma, freedom, and professionalism.

Our role model is Jessi sunbaenim! Her professionalism and her ability to freely enjoy and express herself are amazing.

Girls’ Generation’s Taeyeon sunbaenim. Because whether it’s singing, performing, or crafting with her hands, she’s talented in every way!

Like most everyone in the K-Pop industry, Sieun loves IU. Not only is IU talented, but she’s a genuine and caring person.

IU sunbaenim. She’s my role model, and I’ll always be her fan. I respect how she always treasures those around her, how she continually never stops working on improving herself, and how she sincerely and generously reaches out to the public. I first became her fan because of her music and artistic activities, but I’ve come to love IU sunbaenim as a person.

She added that STAYC respects Girls’ Generation, especially as a role model. They aspire for the same successful future.

As a group, our role model would be Girls’ Generation sunbaenims. I hope STAYC will remain close for a long time, like Girls’ Generation. I also hope we can continue to hold on to our individual signature colors.

I admire how Krystal is talented in every way, and I hope to be able to have a natural-yet-clear feel to myself like she does.

Isa also said that American singer, songwriter, actress, and pianist Kiana Lede is one of her role models. Her vocals are no joke!

As for Kiana Lede, I like her hip-yet-emotional song style and vocals!

Yoon is a BLINK herself! She considers specifically BLACKPINK‘s rapper Lisa as her role model.

I respect BLACKPINK Lisa sunbaenim. Whenever I see her, I often hope that I could be as amazing as her.

Leader Sumin responded sincerely when asked about role models and revealed just how much she admires and respects BTS. She’s definitely ARMY like the rest of us!

BTS sunbaenims. I hope to learn and resemble the harmony and teamwork between the members. I believe that everyone needs to learn to coexist in order to live together. Like how BTS sunbaenims have a close and friendly relationship with each other, as well as with their company, I also hope for honest relationships.

She clearly responded with a leader’s perspective. Sumin aspires for STAYC to maintain teamwork as BTS has.

I also want to be able to overcome any hardships that may come at us and become a group that lasts a long time. That’s why whenever we have discussions, we always study by asking ourselves, ‘How can we maintain our teamwork like BTS sunbaenims?’ We recently agreed to become more honest with each other.

Even the most talented idols have their own idols!