On the next episode of “Kill Heel,” Kim Ha Neul will make a confident comeback after her spectacular on-camera mishap!

“Kill Heel” is a new tvN drama about the fierce battles between three ambitious women in the competitive world of home shopping networks. Kim Ha Neul stars as show host Woo Hyun, who was once one of UNI Home Shopping’s most successful hosts, but is now just barely holding onto her job. Lee Hye Young stars as UNI Home Shopping vice president Mo Ran, who climbed from humble beginnings to reach the top, while Kim Sung Ryung stars as top show host Ok Sun, who is married to a famous politician and seems to have the perfect life.

On the previous episode of “Kill Heel,” Woo Hyun finally picked herself up off the ground after her breakdown for the sake of her young daughter. Despite her misgivings about Mo Ran suddenly taking an interest in her, she decided to take her up on what appeared to be an offer of support in order to advance her floundering career. The episode ended on a slight cliffhanger, with Woo Hyun arriving at a restaurant to meet Mo Ran and finding UNI Home Shopping president Hyun Wook (Kim Jae Chul) there as well.

In newly released stills from the drama’s upcoming third episode, Woo Hyun gazes suspiciously at a smiling Mo Ran as she attempts to puzzle out the executive’s intentions. Even as she enters into an alliance with Mo Ran for the sake of her career, the tension between the two women is palpable as Woo Hyun remains visibly doubtful about this unusual meeting. 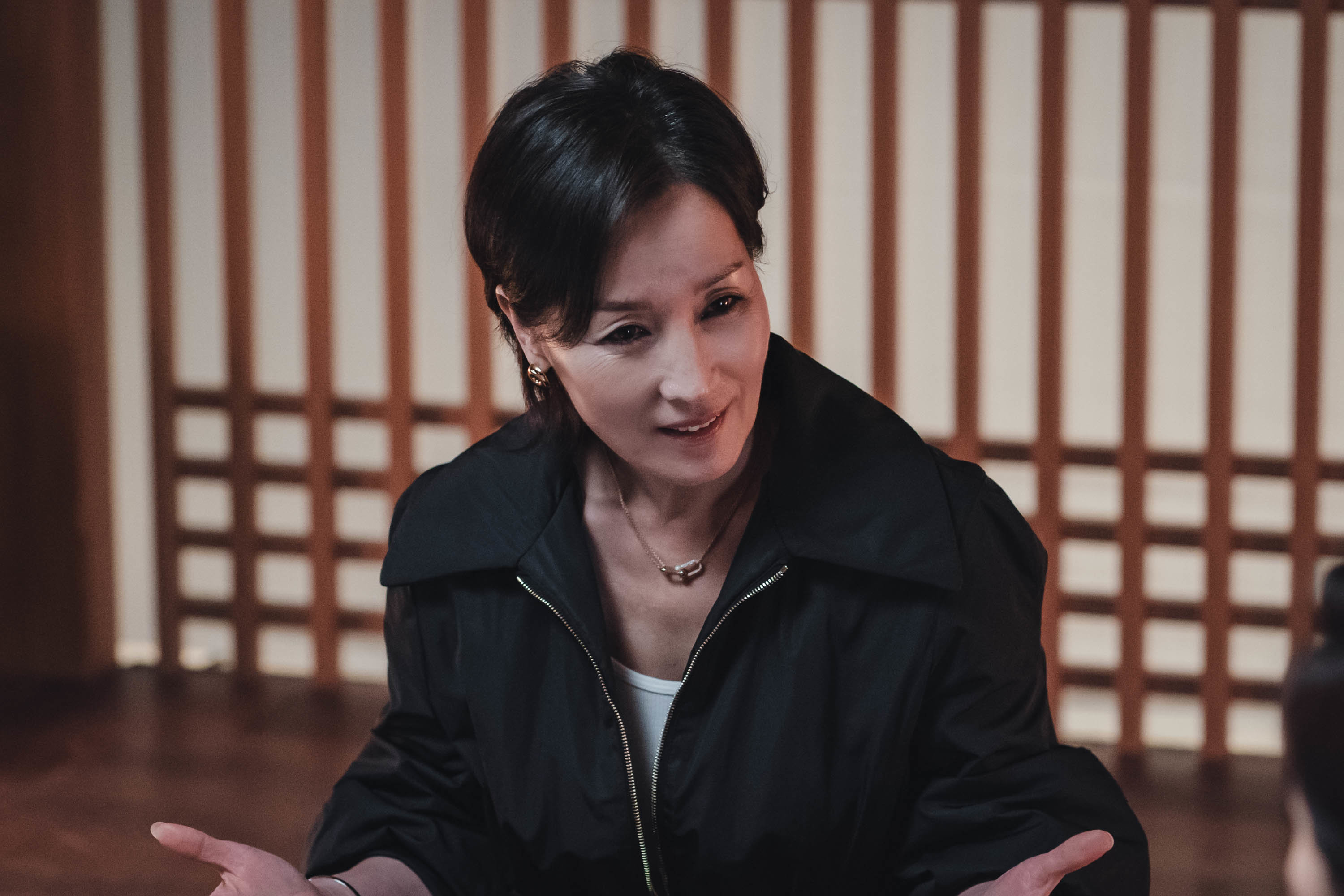 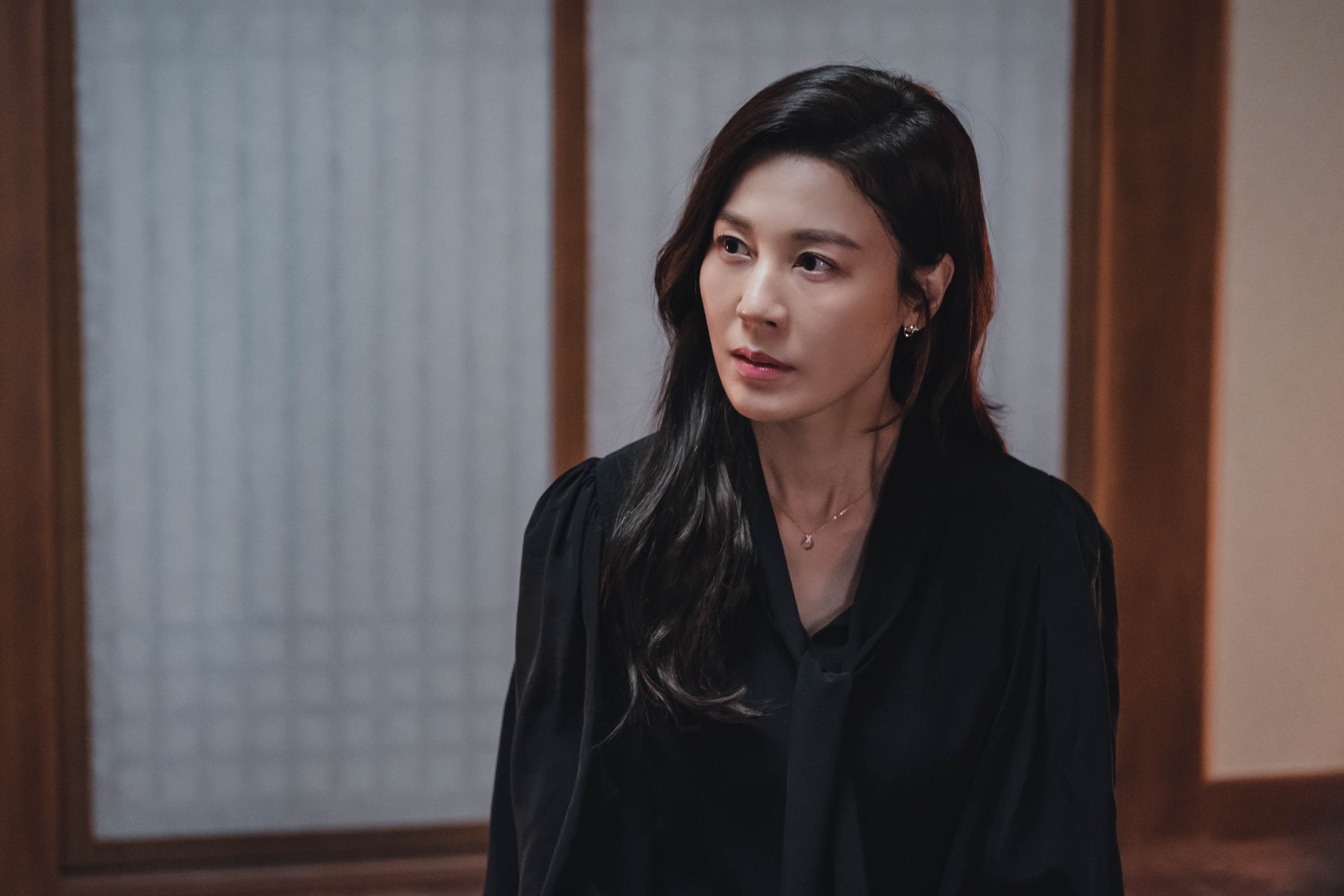 In the next set of photos, Woo Hyun returns to UNI Home Shopping with a bold new haircut. Despite becoming the target of network gossip and the butt of everyone’s jokes after her latest broadcast went viral, Woo Hyun’s stylish new bob and determined expression signal that she is ready to make a comeback after undergoing a dramatic transformation—both on the outside and the inside. 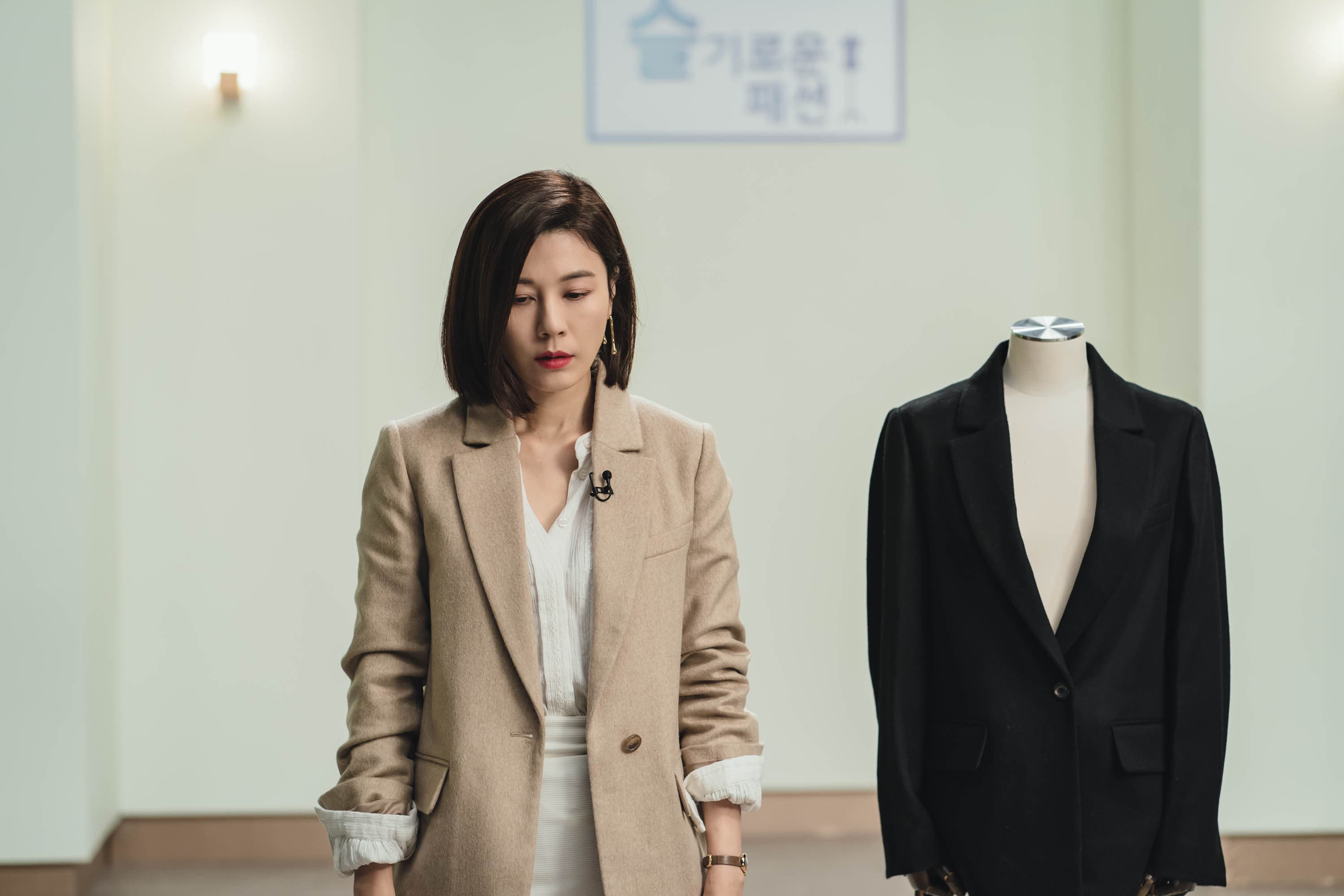 Other stills show Mo Ran meeting with Pil Won (Kang Ji Sub), the head designer of a French luxury brand. The calculating VP also calls producing director (PD) Jun Beom (Jung Eui Jae) and rookie Sung Woo (Moon Ji In) to her office, raising the question of what Mo Ran might be planning that led her to bring together this “dream team.” 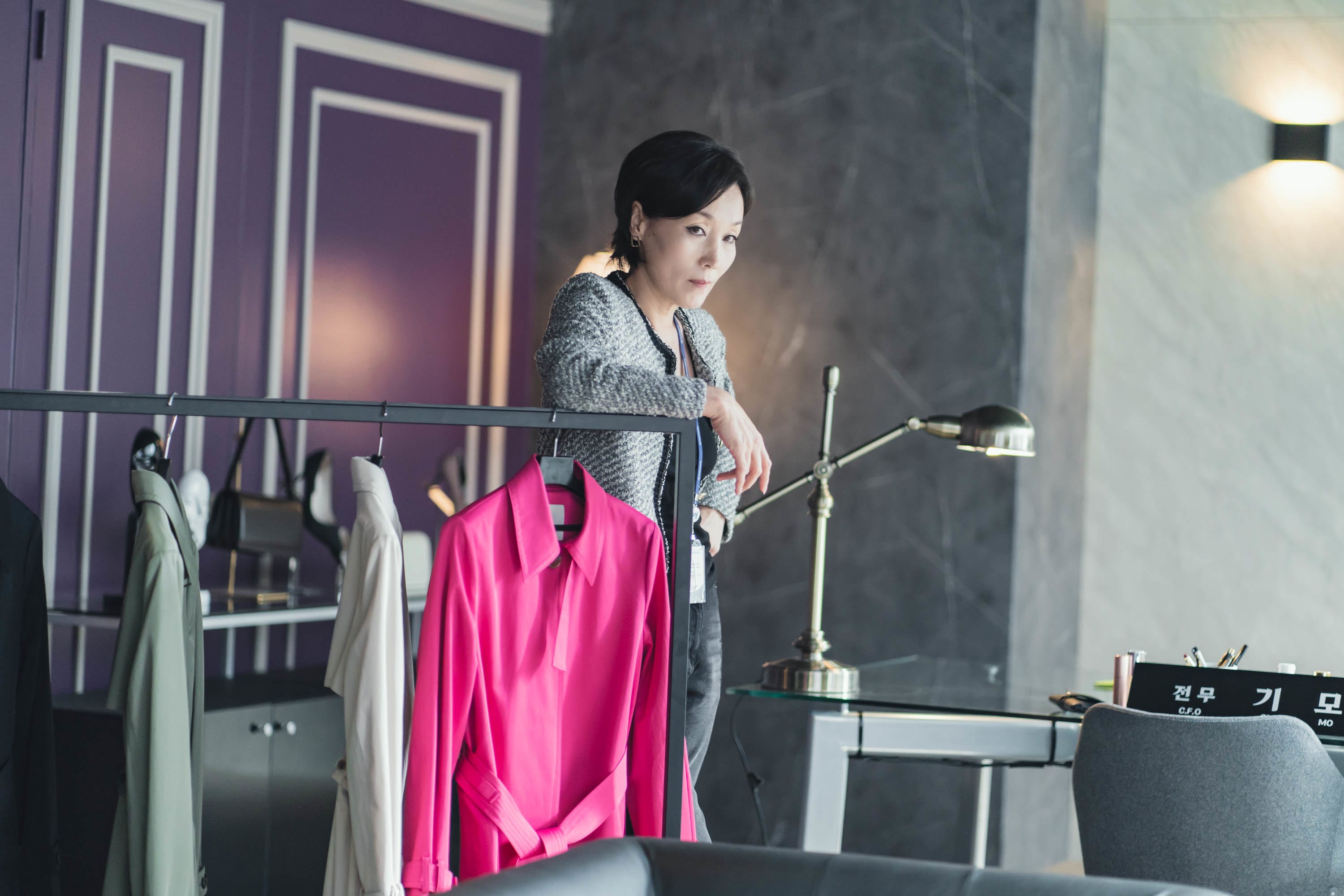 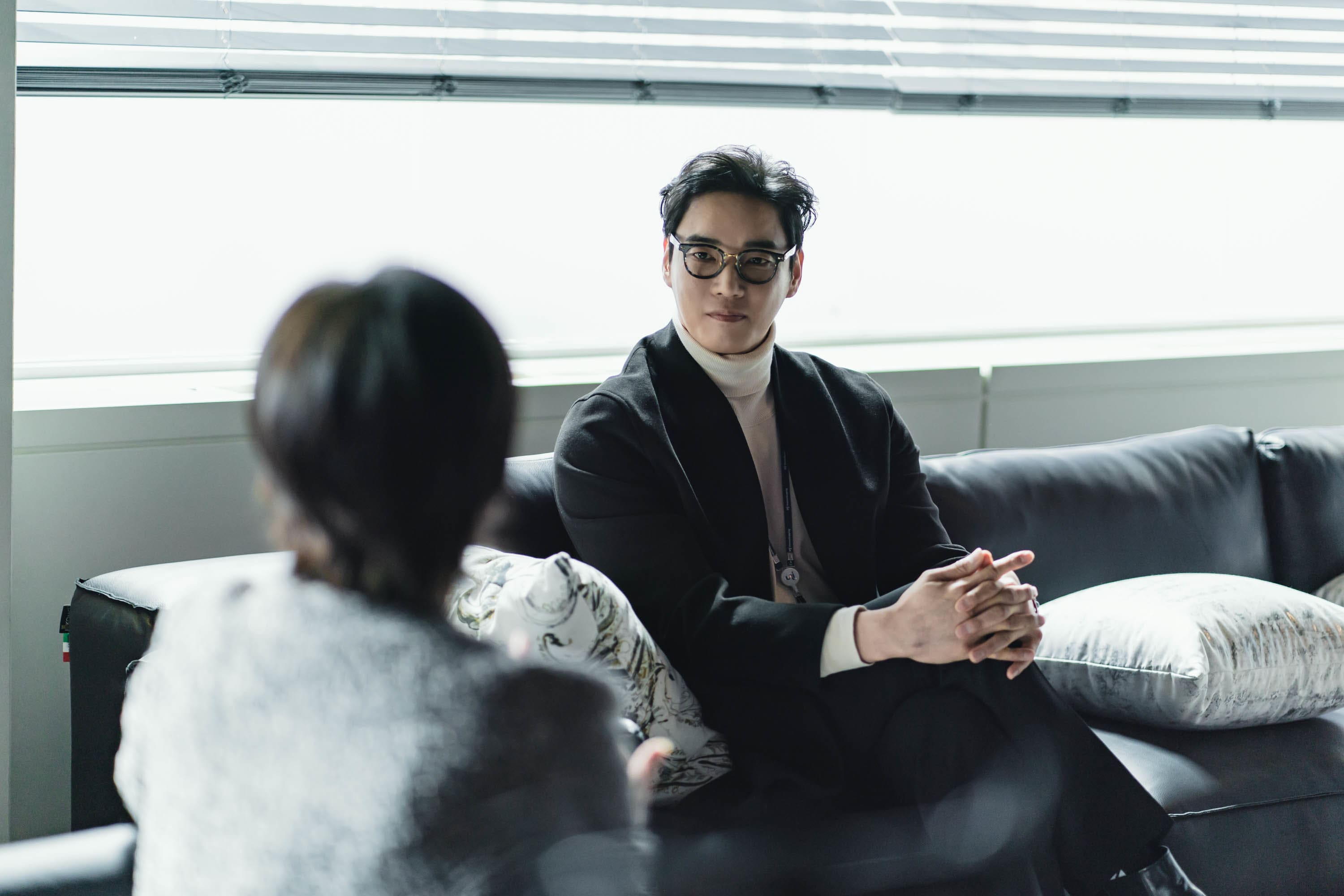 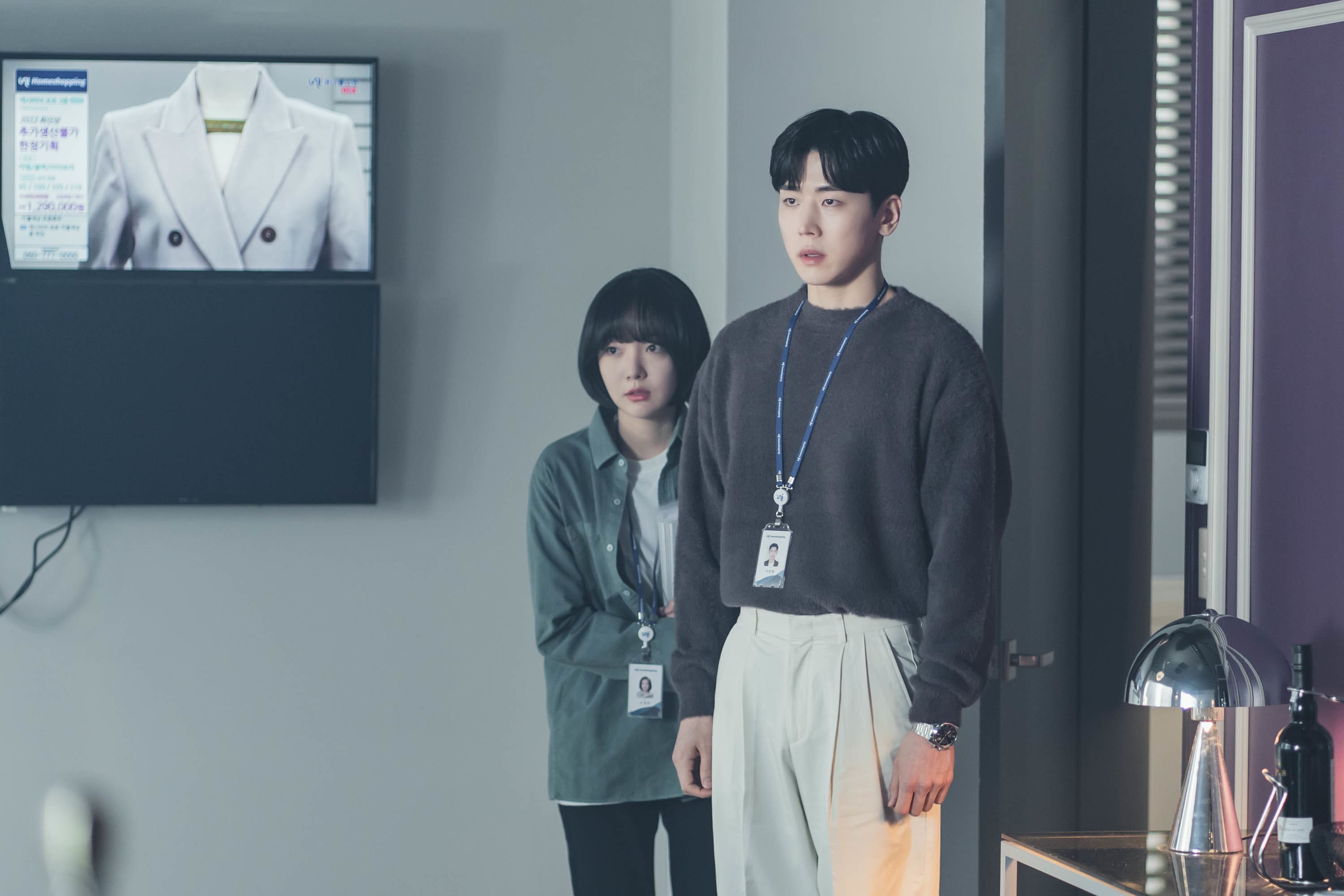 The producers of “Kill Heel” teased, “The desires and emotions of other people may become a variable in the battle between the three women who have become tightly entangled. Each episode will deliver fun thrills by revealing unexpected twists.”

In the meantime, catch up on the first two episodes of the drama with subtitles below!