Jay Park Wanted To Collaborate With IU So Much, Even She Was Shocked How Quickly It Happened : Entertainment Daily 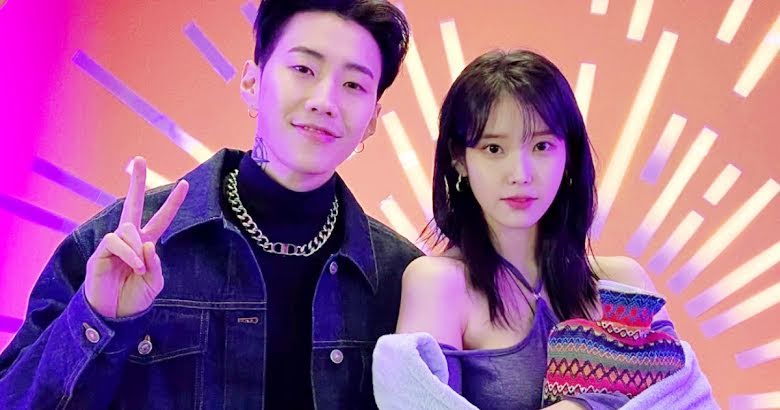 Recently, two of the most unlikely idols teamed up for a collaboration, and it was none other than Jay Park and IU! The iconic artists recently released their track “GANADARA.” From the minute the music video was released, netizens quickly fell in love with the duo’s chemistry… even if it was only for a minute.

It was definitely a match made in heaven, and netizens even joked how Jay Park was living his best life collaborating with IU after past footage revealed the female star to be the rapper’s ideal type.

Well, it seems as if that love and respect for IU meant that the collaboration was fixed in record time.

Netizens were treated to even more content between the two when IU invited Jay Park to her YouTube series IU Palette. During the episode, they shared some TMI from the recording studio, experiences together, and their fondness for each other.

In particular, Jay Park asked IU how she first felt about the track after hearing it for the first time. Yet, before IU could answer, Jay Park showed off his vulnerable side, explaining that he didn’t understand why she’d agreed in the first place.

Even though Jay Park told her to be honest, IU was a true angel sharing just how much she enjoyed the song and respected Jay Park as an artist.

Well, Jay, I’m a big fan of your music, and I heard so many good stories about the artist Jay Park. Not only about music.

IU even shared that she has always wanted to release something with Jay Park and when she sent a message about it, she was shocked about how quickly the rapper responded to her request.

I briefly mentioned it before, but I said, ‘Let’s make a song when we get a chance.’ I was surprised at how fast you took action. Seriously, it was a little bit after, and you sent me the song saying, ‘Let’s do this.’ And I thought, ‘So soon? Really? This fast?’

When IU added that she was shocked at how fast everything happened, Jay was once again extremely honest and added that it was fear of not having this opportunity again that made him work so quickly.

I couldn’t dare ask you a favor. I can’t ask a favor, but if you are willing to do it first, I’d just get one with it right away because everything has its own timing, and IU is a very busy artist.

It seems as if Jay Park was truly worried about missing the chance because of how busy IU is, and his words showcased the amount of love and respect he has for the female idol.

You could forget about it working on all those other projects. You could lose interest in this, so I thought I should get on with it when you are interested.

Yet, it definitely wasn’t one-sided. IU couldn’t believe that Jay Park thought she had nothing to lose, and the idol couldn’t stop gushing about her partner in crime and how it allowed her to try new things.

What do you mean I have nothing to lose? Working with an artist I like gives me the feeling of fullness. I get to relieve stress by trying new things I haven’t tried in my album and sharing my voice where it’s needed.

It definitely seems like this collaboration was a match made in heaven between two artists who couldn’t have any more love and respect for each other. After the track’s success, hopefully, it isn’t the last time netizens see them together.