On March 15, the drama gave a sneak peek of what will happen to Kang Tae Mu and Shin Ha Ri next. Kang Tae Mu previously figured out Shin Ha Ri’s real identity and set out to take revenge for her lies. As a result, Shin Ha Ri grew anxious that she was going to get canned, and she will make a crucial decision in tonight’s episode.

However, it looks like Kang Tae Mu has something else in store for Shin Ha Ri other than a dismissal notice. In the new stills, he seems to have planned a surprise proposal for Shin Ha Ri. Kang Tae Mu takes Shin Ha Ri to dinner at a fancy restaurant, where he prepared classic music and gifts just for her. Shin Ha Ri cups a hand over her mouth in shock, and she can’t hide her flustered emotions.

Another photo shows Kang Tae Mu and Shin Ha Ri at a private movie theater. Kang Tae Mu leans towards Shin Ha Ri, who stares at him with surprised eyes, and their close proximity makes hearts race with anticipation. How will she respond to his nonstop efforts to gain her love? 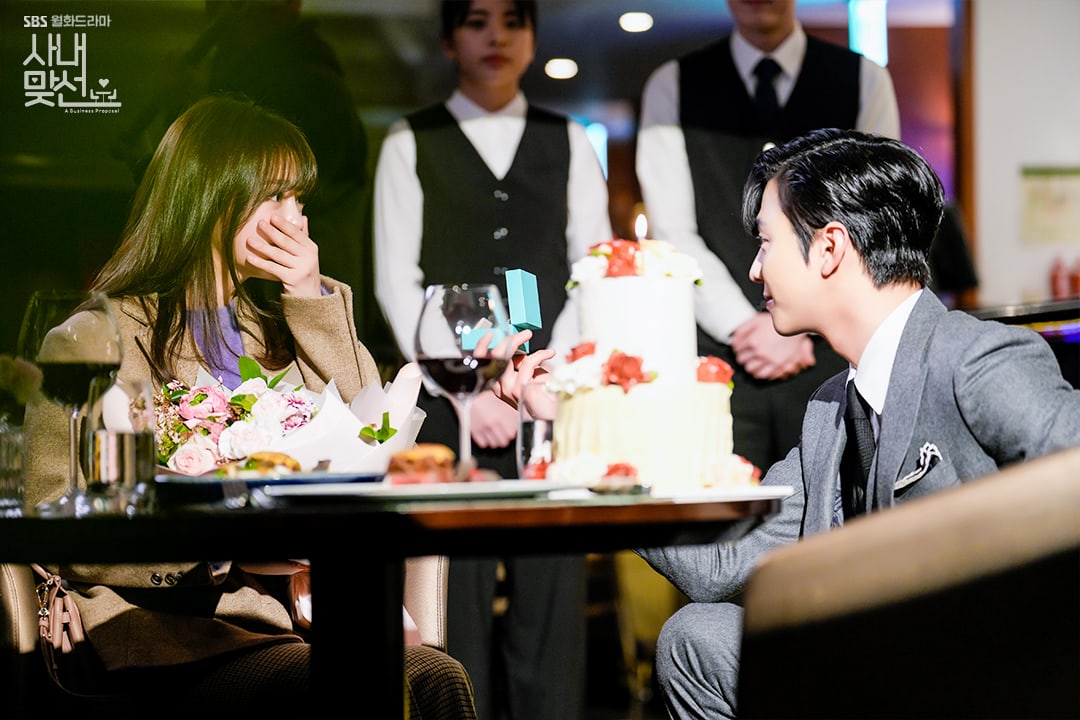 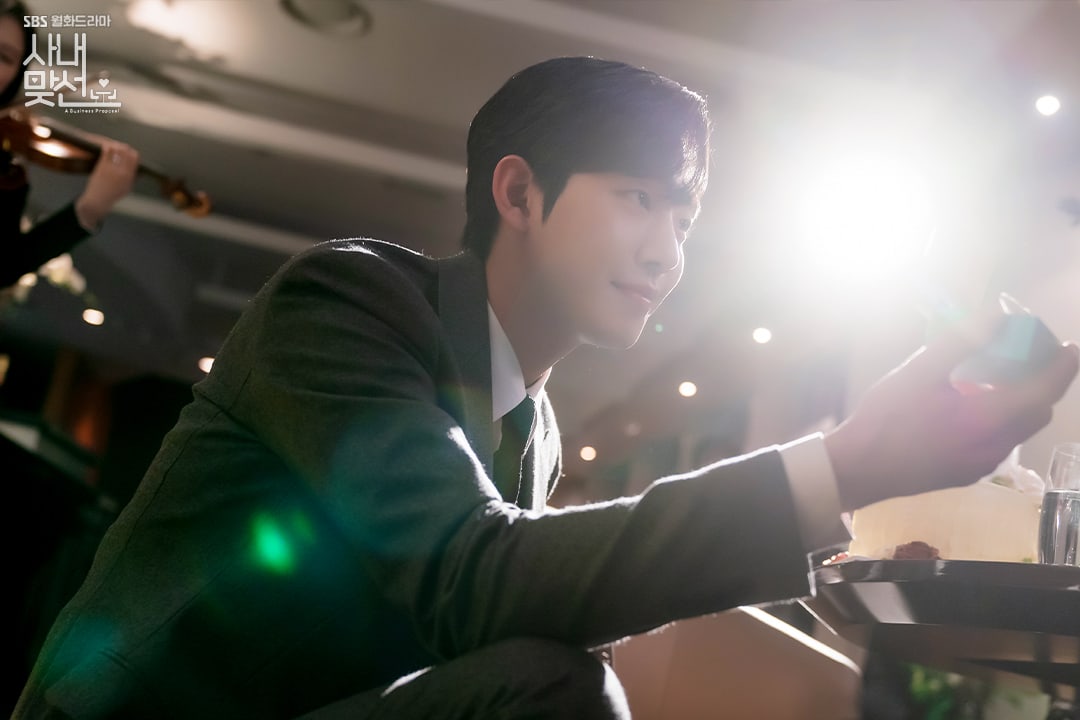 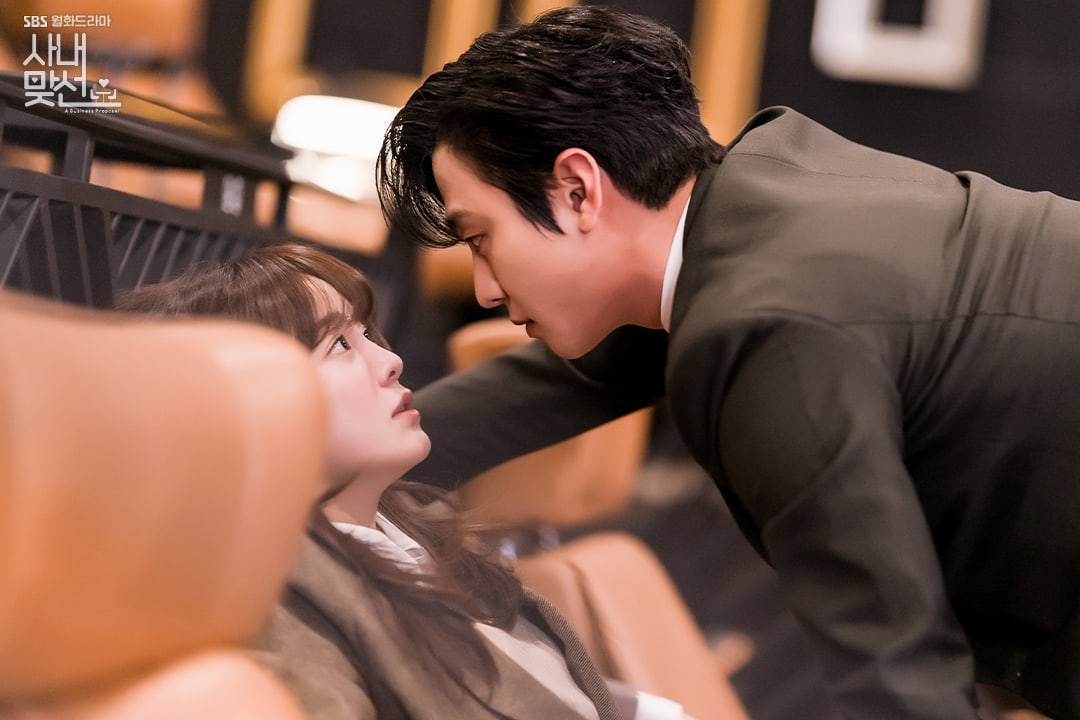 The production team hinted, “Perfect Kang Tae Mu has never failed a project during work. Such Kang Tae Mu shows his clumsy side in love, and he will express his heart to Shin Ha Ri in a ‘Kang Tae Mu’ way. The unexpected situations in this process will provide laughter and excitement. Please look forward to episode 6 that contains Kang Tae Mu’s sudden confession and Ahn Hyo Seop’s unexpected charms as he portrays Kang Tae Mu.”

In the meantime, watch Ahn Hyo Seop in “Dr. Romantic 2“: