Get ready for another wild episode of KBS 2TV’s “Crazy Love”!

“Crazy Love” tells a sweet, savage, and chaotic love story between a rude but skilled instructor who receives a death threat and his secretary who is diagnosed with a terminal illness.

Kim Jae Wook stars as Noh Go Jin, a narcissistic man who is the CEO of the education company GOTOP and the top math instructor in the country. f(x)’s Krystal stars as Lee Shin Ah, Noh Go Jin’s secretary, who does not have much of a presence. Ha Jun takes the role of Oh Sae Gi, the handsome vice president of GOTOP who has the ability to coax Noh Go Jin and comfort the employees who have been hurt by the CEO.

Previously on “Crazy Love,” Lee Shin Ah started to get revenge against Noh Go Jin by playing his lovely and dedicated fiancée. With her passionate acting, she managed to get rid of his doubts, and she paid him back for the way he had made her suffer. Lee Shin Ah stuffed Noh Go Jin’s mouth with onions, which he terribly hates, and she made him the laughingstock by applying white sunscreen on his face. She even made up their love story, saying, “You loved me so much. Crying, you clung onto me and begged me to marry you.” Then shortly after their engagement, she lied that he had an affair, making him feel extremely guilty.

Now that Noh Go Jin is out of the hospital, Lee Shin Ah will be with him at GOTOP and in the privacy of his home. The newly released stills show her with a huge knife in the kitchen. He stares at her in shock as she exudes chilling vibes, and her killer glare makes him grow rigid with terror. 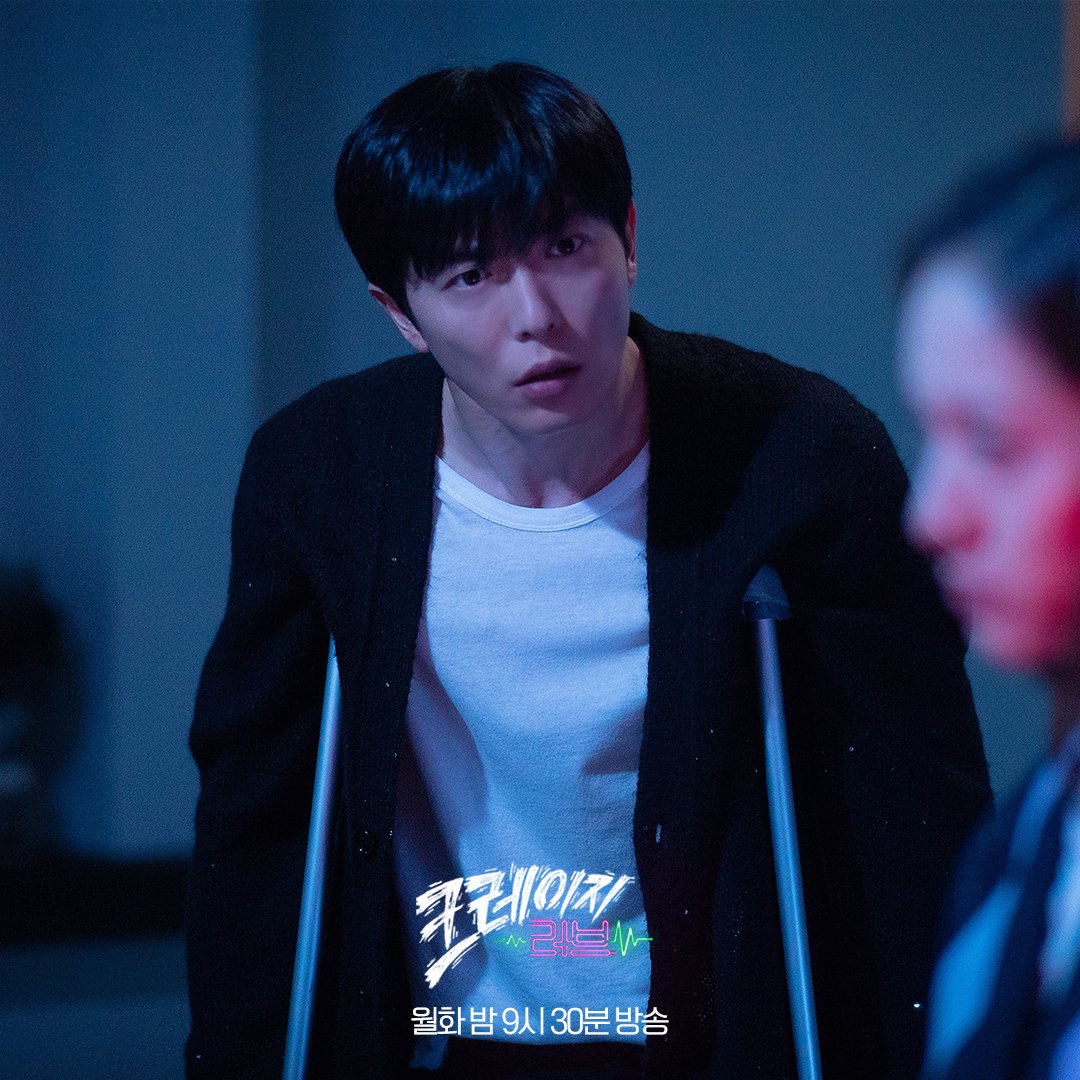 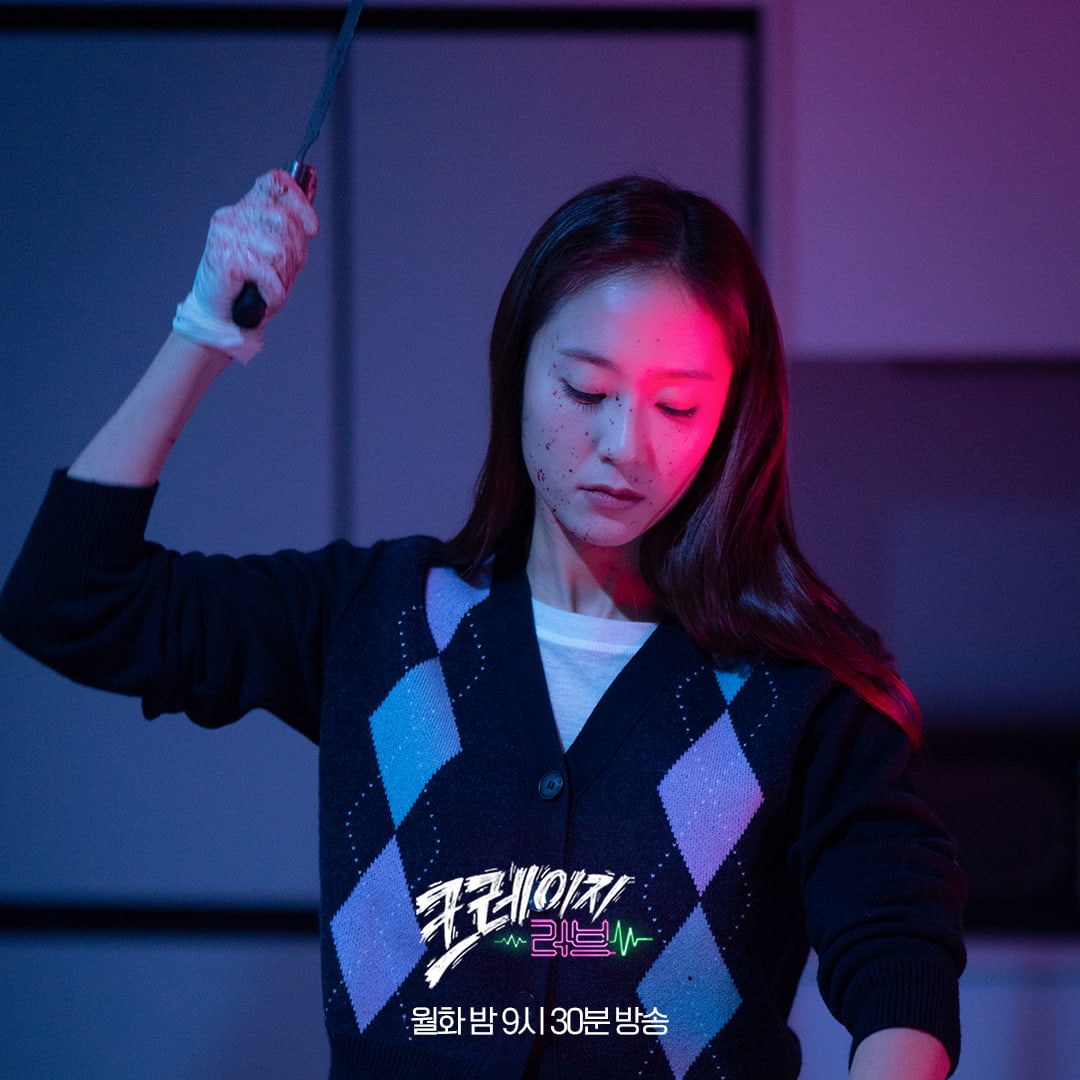 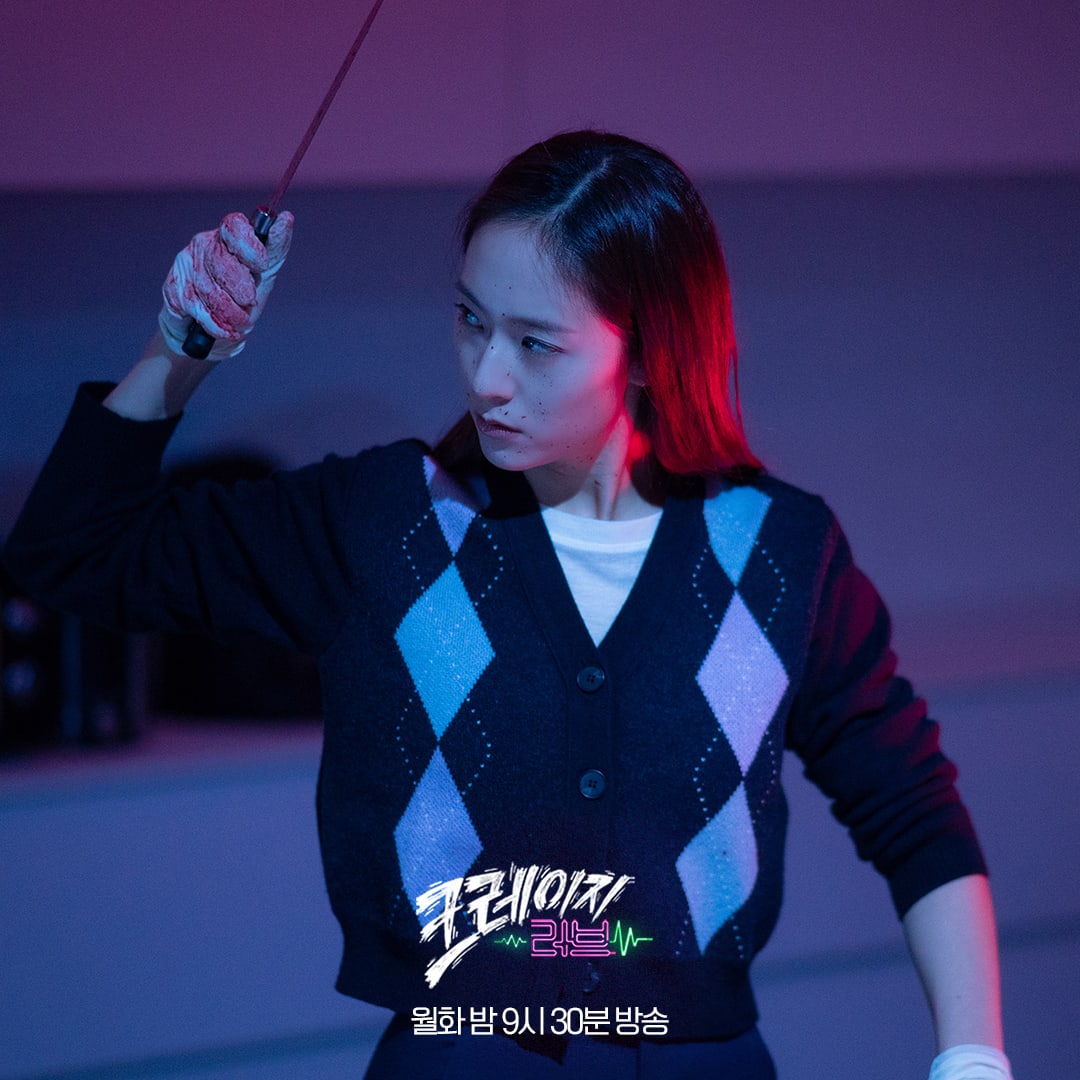 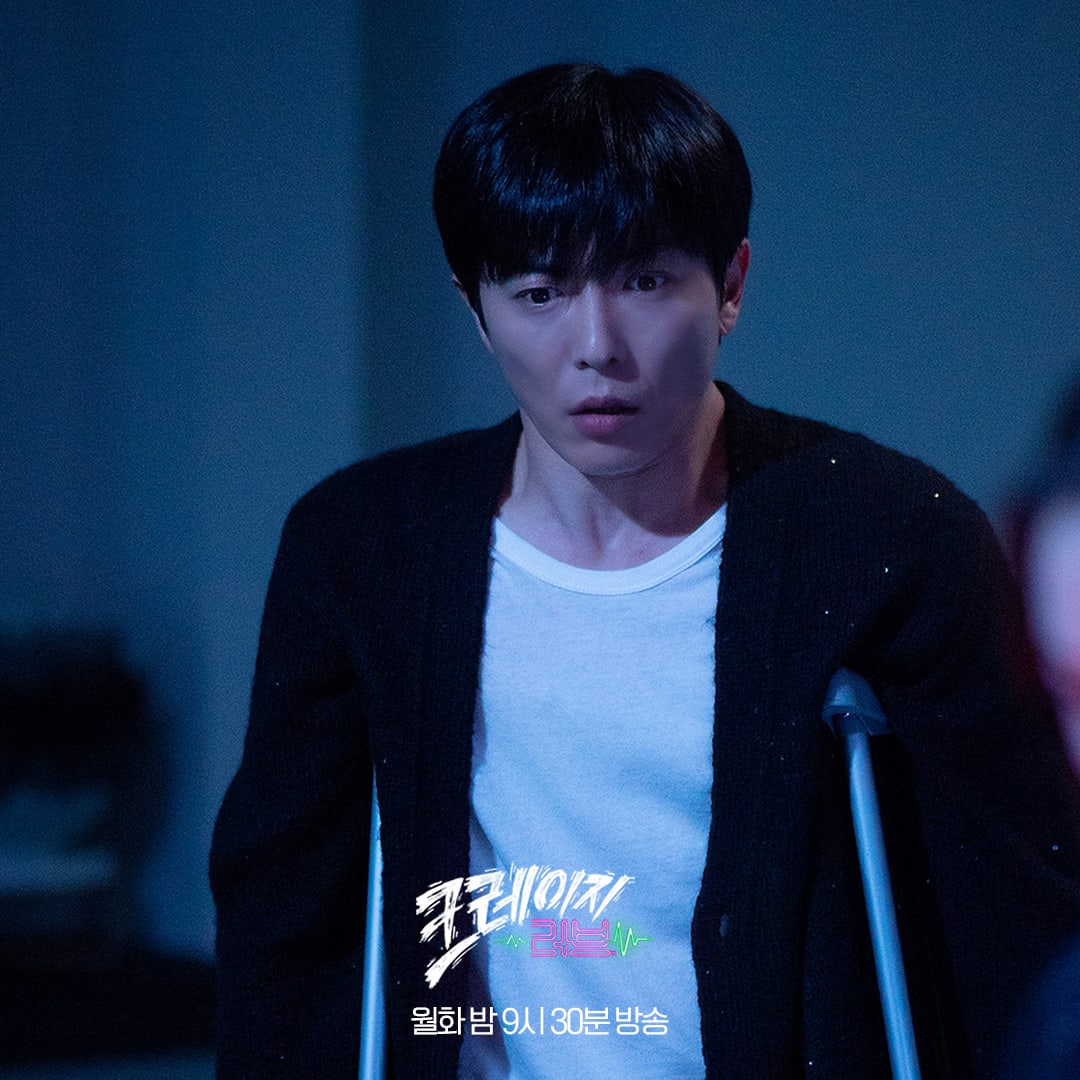 The drama’s producers hinted, “Lee Shin Ah, who is pretending to be [Noh Go Jin’s] fiancée with her passionate acting, will now be with him everywhere and not just the hospital. That is because he has no choice but to rely on her as he hasn’t fully recovered yet. Please watch to see what kind of ‘crazy’ revenge card Lee Shin Ah has up her sleeve and whether Noh Go Jin will be able to survive it. A refreshing episode that will blow your stress away is waiting ahead.”

In the meantime, watch Krystal in “Police University“: