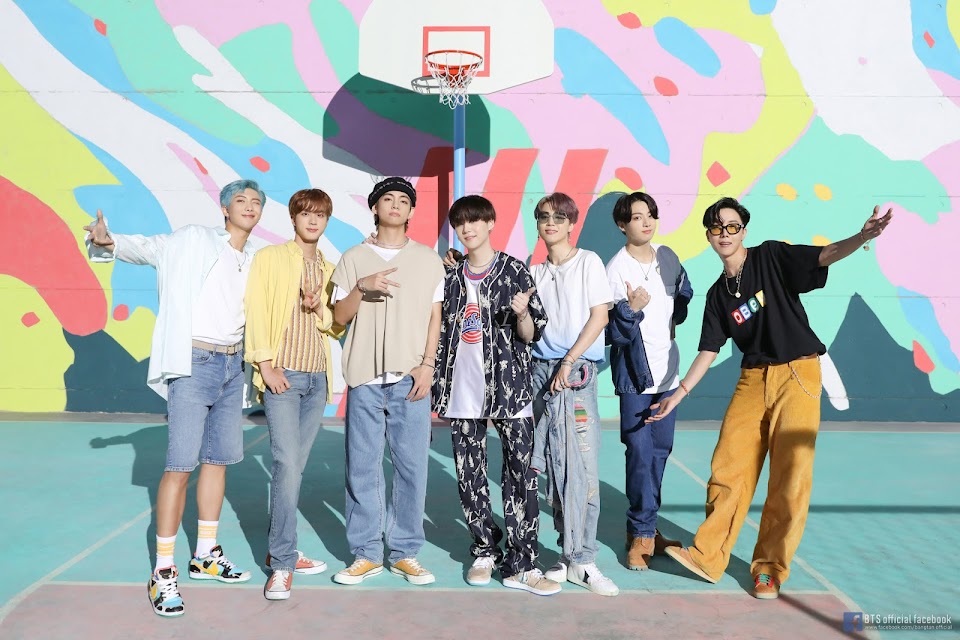 BTS have finally received their plaque from Spotify in honor of 1 billion streams for their hit song “Dynamite.”

On July 21, 2021, BTS joined the “Billions Club” when “Dynamite” hit one billion streams on Spotify.

Those who achieve this milestone ultimately receive the iconic Spotify 1 Billion Streams plaque.

Rather than simply display the award, artists have been participating in a trend. Like some may drink out of a trophy, artists will eat out of the plaque as if it’s a plate or bowl.

Drake and BTS’s friend Halsey are just a couple of examples of artists that have participated in the trend. Drake enjoyed spaghetti while Halsey ate junk food such as candy and Hot Cheetos!

Of course, since BTS are quite the foodies themselves, ARMYs eagerly anticipated what they would eat upon receiving their Spotify 1 Billion Streams plaque. Previously, during BTS’s Zoom fanmeeting, Jin said that they would enjoy a traditional Korean dish, kimchi jjigae (stew), from it.

Again, later in an interview with SBS News, Jin spoke about his desire to eat kimchi jjigae from the plaque upon receiving.

Oop can’t wait to see them eat kimchi stew out of their 1 billion Spotify streams plaque
They really know everything lol pic.twitter.com/kUyi2dPMG7

Considering it’s a favorite dish of BTS’s, and they’ve even eaten it during Bon Voyage, it seemed like an excellent choice at the time.

Instead of kimchi jjigae, the members enjoyed another iconic Korean meal, bibimbap, which translates to “mixed rice.” It consists of various vegetables and protein served on top of rice and gochujang (spicy Korean chili paste), soy sauce, or doenjang (soybean paste).

Considering it’s a dish consisting of several ingredients coming together as one, it seems symbolic and perfectly fitting for BTS. So, each member took turns in adding ingredients to the plaque filled with rice.

Ultimately, they mixed it up and enjoyed eating it together. They even topped it off with an egg shaped to look like the BTS logo, as bibimbap is usually topped with an egg.

J-Hope also shared his own post commemorating the event we’ve all been waiting for. He shared a cute post of the meal on his own Instagram Stories.

ARMYs are so excited that BTS finally received their plaque but even more so that they ate from it!

BTS eating from the spotify plaque is most bts thing to do 😭 pic.twitter.com/cDZk2bShbB

bts drinking on the trophy for run 4th win, and now they’re eating on the spotify plaque for a billion streams. pic.twitter.com/BV9gRViJ8e

BTS joining their peers eating out of the Spotify 1B streams plaque for #BTS_Dynamite pic.twitter.com/9k2iJQlUOr

Congratulations to BTS on yet another milestone!