BL K-Drama “Semantic Error” Didn’t Have Any Kissing In The Original Script, But It Was Actually Suggested By The Actors : Entertainment Daily 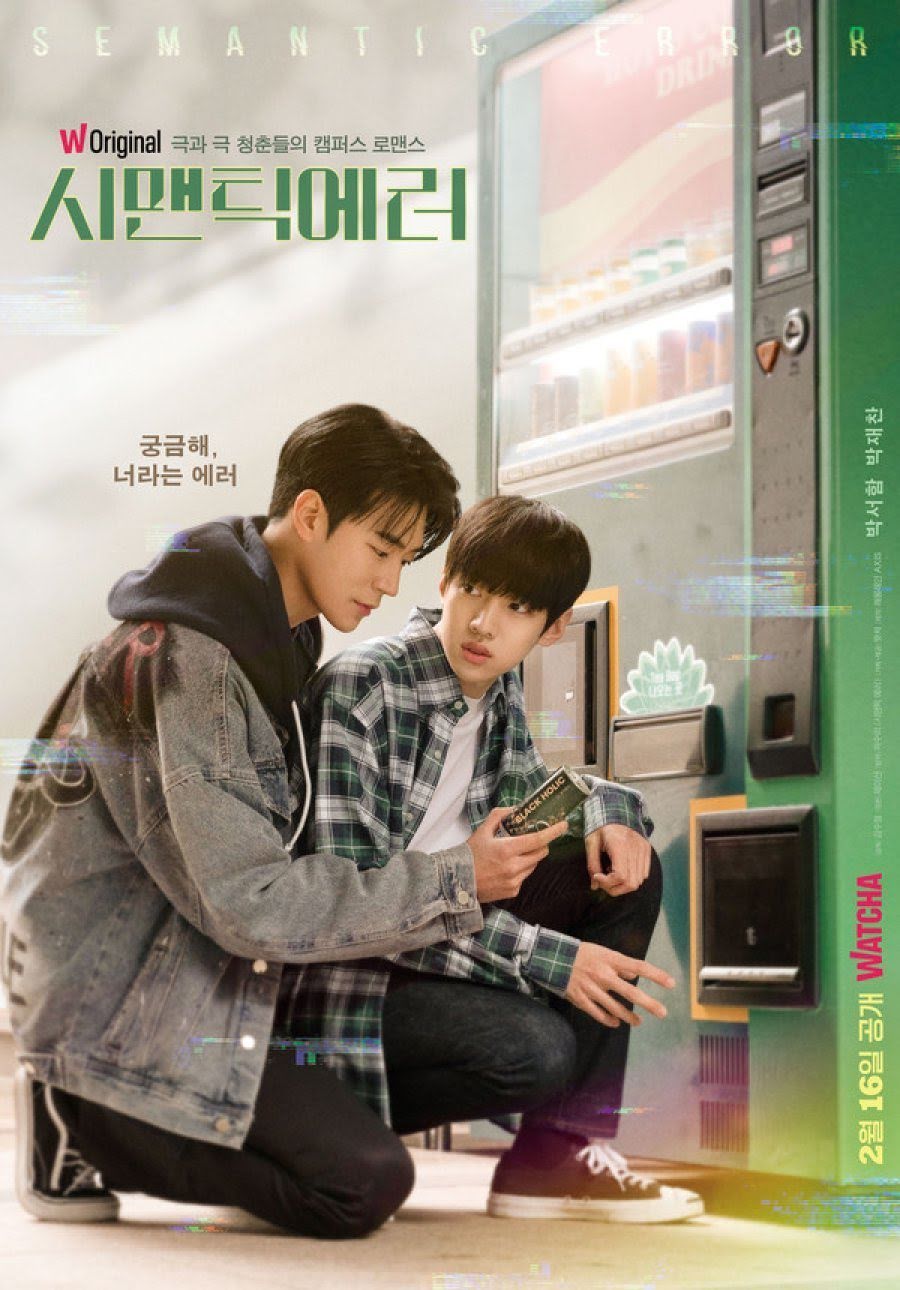 Despite the conservative and traditional views held by Korean society in regards to sexuality, it seems that K-Dramas have recently seen a slight hint of expansion into the BL (Boy Love) genre of late.

One of the latest series to catch the attention of netizens is Semantic Error starring DONGKIZ’s Jaechan and former KNK idol, Park Seoham.

Based on a webtoon, the series follows Sangwoo (Jaechan), a com-sci major who is rigid and a stickler for the rules.

After having to finish a group project alone, he removes their names from the presentation as well, and it results in groupmate Jaeyoung (played by Park Seoham) taking a huge hit to his grades. He seeks Sangwoo out and vows to torment him, but it seemingly turns into a romance.

The final episode has just aired, and as expected, it sent netizens into meltdown. In particular, one moment that really stood out to fans in episode eight was one of the kiss scenes.

During the episode, the two main characters were on a couch and started kissing, and both Jaechan and Seoham portrayed such a deep and emotional bond.

In a recent interview with W Sports, the show’s director Kim Soo Jung explained that this level of intimacy wasn’t in the original show’s script. She explained that they were cautious of Jaechan’s age (20-years-old international age), so there was no real intimacy.

The director then added how it was actually a recommendation from Seoham himself that led to the kiss being added.

It was then that actor Seo Ham suggested a kiss. So that is how the kiss acting was added. We added some more acting and the scene came out beautifully thanks to the actors.

After netizens watched the journey of the two characters throughout the show, everything came down to the final moments of the series. Would Sangwoo accept Jaeyoung’s offer for the trial relationship?

In the end, when Sangwoo wants to accept, Jaeyoung changes his offer and, rather than a trial, explains that they should just be together. It was a touching moment that brought the series to an end.

Once again, it seems like the final kiss wasn’t in the script. It was actually recommended by the two actors before filming. In the same interview, Kim Soo Jung explained that the scene was just meant to flirt, but something didn’t feel right to the stars.

And it seems like the show wasn’t meant to have this level of intimacy at all. The final kiss scene on the screen was actually the first one between the actors, and it was done all because of the views of Jaechan and Seoham.

So we discussed adding a kiss scene. We decided to rehearse first as it was the last episode. The two of them understood the feeling and felt that it would be strange if there was no kissing scene. So I think it came out pretty well.

When they read this interview, many netizens couldn’t stop praising both Jaechan and Seoham. If it wasn’t hard enough to film a BL in Korean society, the fact that Jaechan is an idol puts a lot of pressure on him, and even his company was wary of him joining the cast.

The fact that this kiss is not even on the script but Seoham be like “Let’s add some kissing scene at the end” 😏😏😏😏#SemanticError #JAECHAN #ParkSeoHam pic.twitter.com/daAKztRo4I

Despite both Jaechan and Seoham being young and at the peak of their careers, they showed maturity and commitment when playing the roles. Along with others, including A.C.E‘s Jun in Tinted With You and VIXX’s Hyuk in Color Rush 2, idols are starting to make the topic of sexuality more open in Korean society.

You can read more about the K-Drama below.