Ahn Hyo Seop Tries To Win Kim Sejeong Over On A Seaside Trip In “A Business Proposal” : Entertainment Daily

Ahn Hyo Seop will make a blundering attempt to steal Kim Sejeong’s heart on the next episode of”A Business Proposal”!

At the end of the previous episode of “A Business Proposal,” Kang Tae Mu revealed to Shin Ha Ri that he knew her true identity, calling her by her real name instead of the false name Shin Geum Hee.

In the drama’s upcoming sixth episode, Kang Tae Mu will do everything he can to make Shin Ha Ri fall for him—with some unexpectedly hilarious results.

After figuring out Shin Ha Ri’s personal tastes, Kang Tae Mu uses a business trip as an excuse to call her out to travel with him to the coastal city of Sokcho. He then dresses up in a stylish black outfit and sunglasses to look good for the trip that—unbeknownst to Shin Ha Ri—he hopes will be a romantic seaside date.

Shin Ha Ri, on the other hand, is amusingly unaware of Kang Tae Mu’s intentions. As she believes the trip to be purely for business—and is no longer pretending to be Shin Geum Hee—she shows up to the outing in a completely casual outfit, with her hair tied up in a no-frills bun that proves she’s ready to work. In fact, Shin Ha Ri is actually less than pleased that she has to give up her precious weekend to go on a business trip alone with her boss.

However, it appears that Kang Tae Mu does manage to successfully spend some quality time with Shin Ha Ri during their trip to Sokcho. In newly released stills from the episode, Kang Tae Mu smiles fondly at Shin Ha Ri as they take a romantic stroll together on the beach. 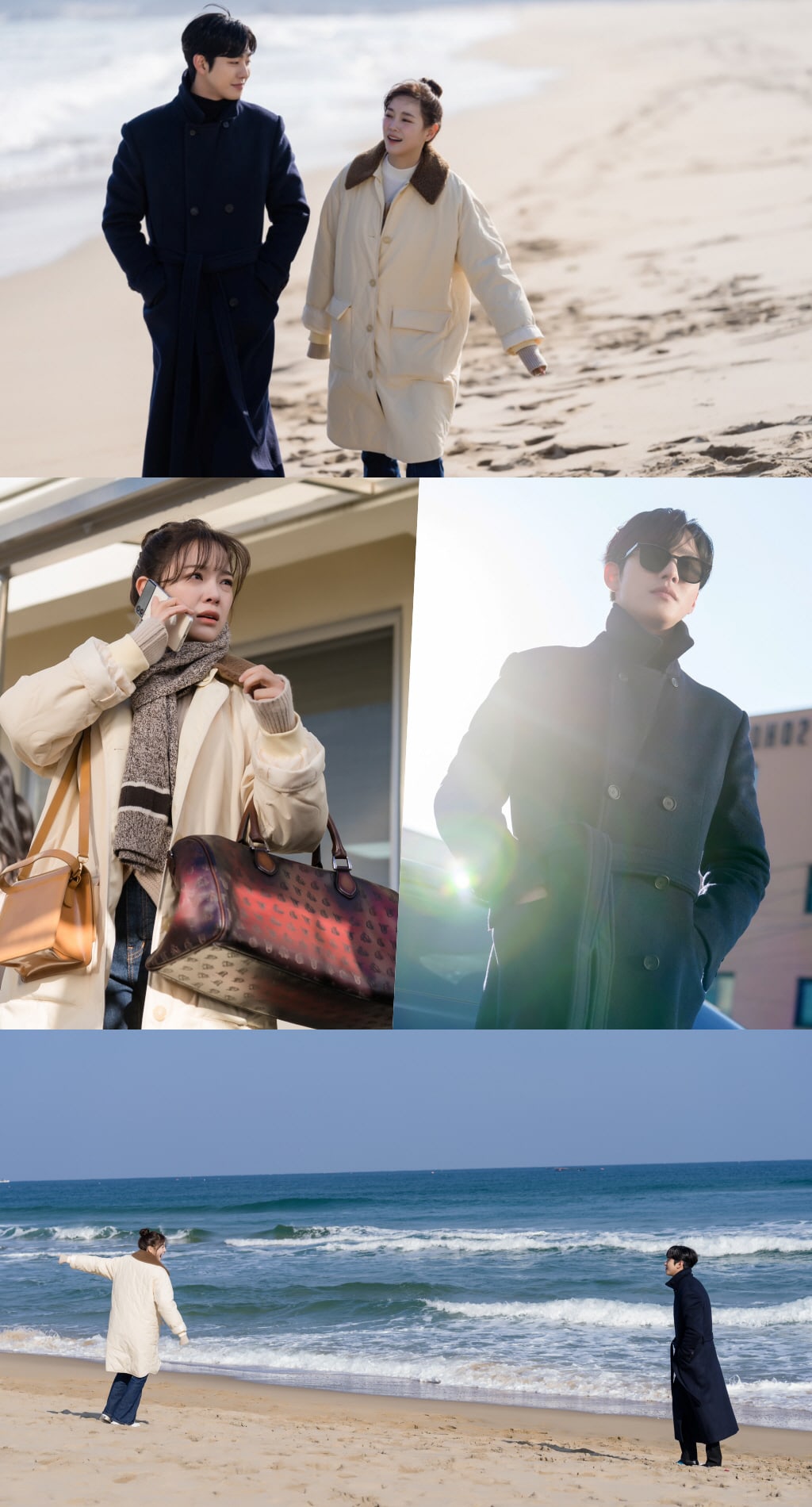 The producers of “A Business Proposal” teased, “Tae Mu came to go on a date, and Ha Ri came to go on a business trip. Together, the two of them will go on a date that is also a business trip with entirely different intentions. Ha Ri will stand before Tae Mu as her true self, without any deceit, and seeing that side of Ha Ri, Tae Mu’s feelings for her will continue to grow.”

“Seeing them like this will put a smile on viewers’ faces,” they continued. “Please look forward to Episode 6, which will continuously make viewers’ hearts flutter without a single moment of rest.”

In the meantime, watch Ahn Hyo Seop in “Lovers of the Red Sky” with subtitles below!