3 Points About Koo Ja Sung And Ji Yi Soo’s Relationship In “Sponsor” To Keep An Eye On : Entertainment Daily

MBN’s “Sponsor” shows how a plummeting marriage can truly reach its lowest point despite starting at the highest of highs.

The romance drama is about the dangerous relationships between those who will stop at nothing to get what they want—and who even go looking for “sponsors” to help them achieve their desires. Han Chae Young stars as the successful but greedy beauty brand CEO Han Chae Rin who attempts to be a saving grace and lover to Hyun Seung Hoon (Koo Ja Sung), an aspiring model. Ji Yi Soo plays his wife and rising star Park Da Som, who stops at nothing to keep her son as a priority.

Now that both Hyun Seung Hoon and Park Da Som have selected their respective sponsors, their fate as a couple is up in the air. Before the narrative unravels further, here are three points unique to their relationship that are worthy of noting.

Falling apart due to money

In episode 3, it was revealed how the couple’s relationship turned south due to financial problems. After Park Da Som told him, “At least go find a sponsor if you don’t have any money,” Hyun Seung Hoon was deeply hurt and asked that they split up. There was heavy tension in the air, but their eyes gave away that inside, there was great angst and sadness.

Their love-hate relationship became more apparent as Hyun Seung Hoon blew up at Han Chae Rin for deciding on his divorce behind his back and also said to Park Da Som that they should go back to old times. However, Park Da Som had already resolved to focus on securing enough money to save her son, so in order to make her husband give up on her, she coldly denied his request and said, “Even our starting lines are different from others.”

Han Chae Rin presented Park Da Som with the offer to cure her son at the price of divorcing Hyun Seung Hoon. Park Da Som responded with animosity, especially at the criteria that she would never be able to meet her husband again regardless of what happens to her son. Han Chae Rin reasoned, “If you were Seung Hoon, what decision would you have made?” With her pride hurt, Park Da Som signed the contract with the hopes of at least saving her son.

Then when David Park (Kim Jung Tae) offered to finance her son’s medical bills as well as her own successful career at the price of becoming his wife, Park Da Som hesitated. Faced with the coldness of reality, she eventually decided to accept his offer, but her wavering gaze showed that she was barely hanging on.

Moving forward as assets of their sponsors

When his son David Park attempted to introduce his new fiancée, Chairman Park (Park Geun Hyung) refused to see her and gave a cold shoulder, saying to his son, “A person you gain with money is an asset and can’t become a true partner in life.”

“Sponsor” continues to depict how people try to gain people for their own goals with money. Han Chae Rin became Hyun Seung Hoon’s sponsor to win his heart, while Chairman Park takes her company away from her in an attempt to get her back. As for Hyun Seung Hoon and Park Da Som, both now “assets” to their sponsors, viewers will have to see how their marriage will survive or come to ruins in the midst of it all. 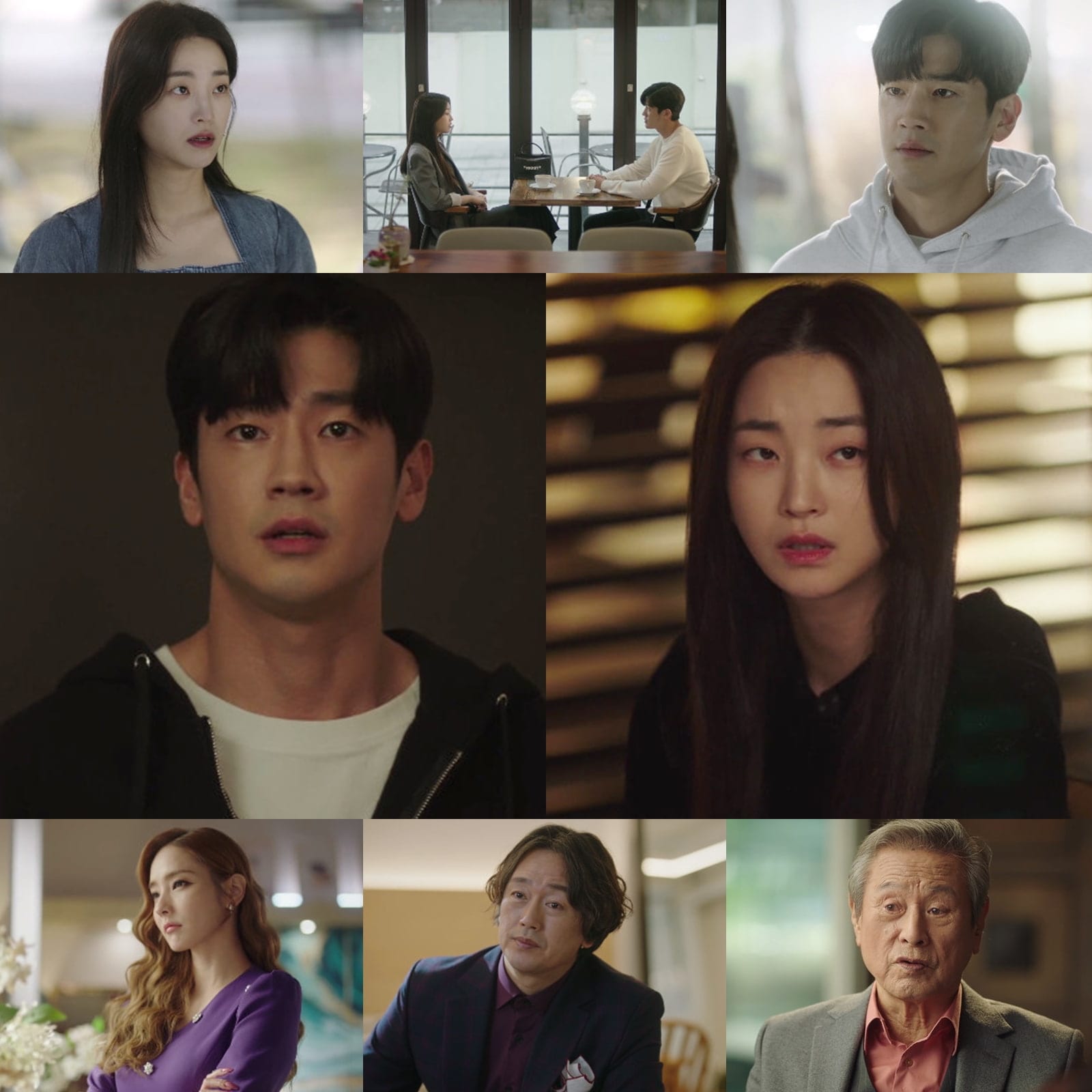 “Sponsor” airs every Wednesday and Thursday at 11 p.m. KST.