The drama is about the romance that unfolds between a “rich gentleman” and a “poor young lady” as they try to find happiness while taking responsibility for their own choices. Through a diverse cast of characters, the drama tackles the conflict that arises due to age difference in a relationship as well as themes of love, betrayal, greed, and jealousy.

Ji Hyun Woo stars as Lee Young Kook, a widower with three children, and Lee Se Hee as Park Dan Dan, a young woman who is hired by Lee Young Kook as a live-in tutor for his kids.

Here are three reasons why viewers are invested in Ji Hyun Woo’s story in the drama:

His escalating anger after regaining his memory

When Lee Young Kook starts to regain his memory, he realizes that Jo Sa Ra (Park Ha Na) was lying about being pregnant with his child and gets angry. As a calm character, Lee Young Kook’s escalating anger shocked viewers as he punched walls and shouted in anger. This transition previews upcoming conflict and complications in the story.

His endless tears throughout the drama

Lee Young Kook pushes Park Dan Dan out of his life and breaks up with her even though he loves her. He also feels guilty and tries to take responsibility for Jo Sa Ra and her child. The viewers pitied Lee Young Kook while seeing him go through hardships as he tries to mask his emotions. The viewers are also cheering him on as he starts to remember more of his past and makes changes in his life.

His sense of responsibility and love for his children

After Lee Young Kook’s wife passes away, Lee Young Kook starts to raise his three children while maintaining his position as the chairman of a corporation. He is a gentle and loving father to his children even when things get tough. The viewers were touched once again when he didn’t deny or avoid the situation after Jo Sa Ra told him that she was pregnant with his child. 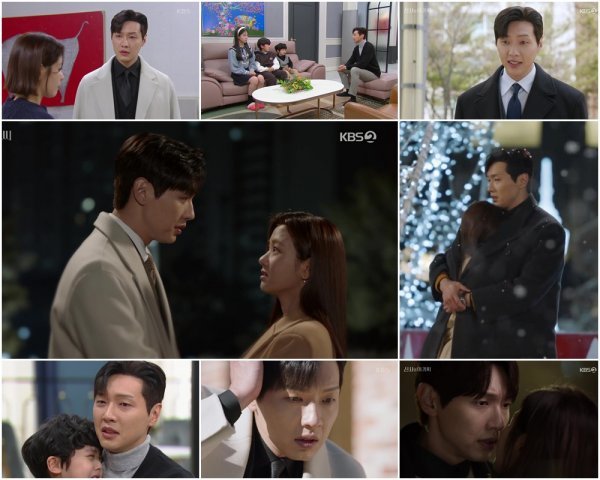 “Young Lady and Gentleman” airs every Saturday and Sunday at 7:55 p.m. KST.

Check out the drama with subtitles below: