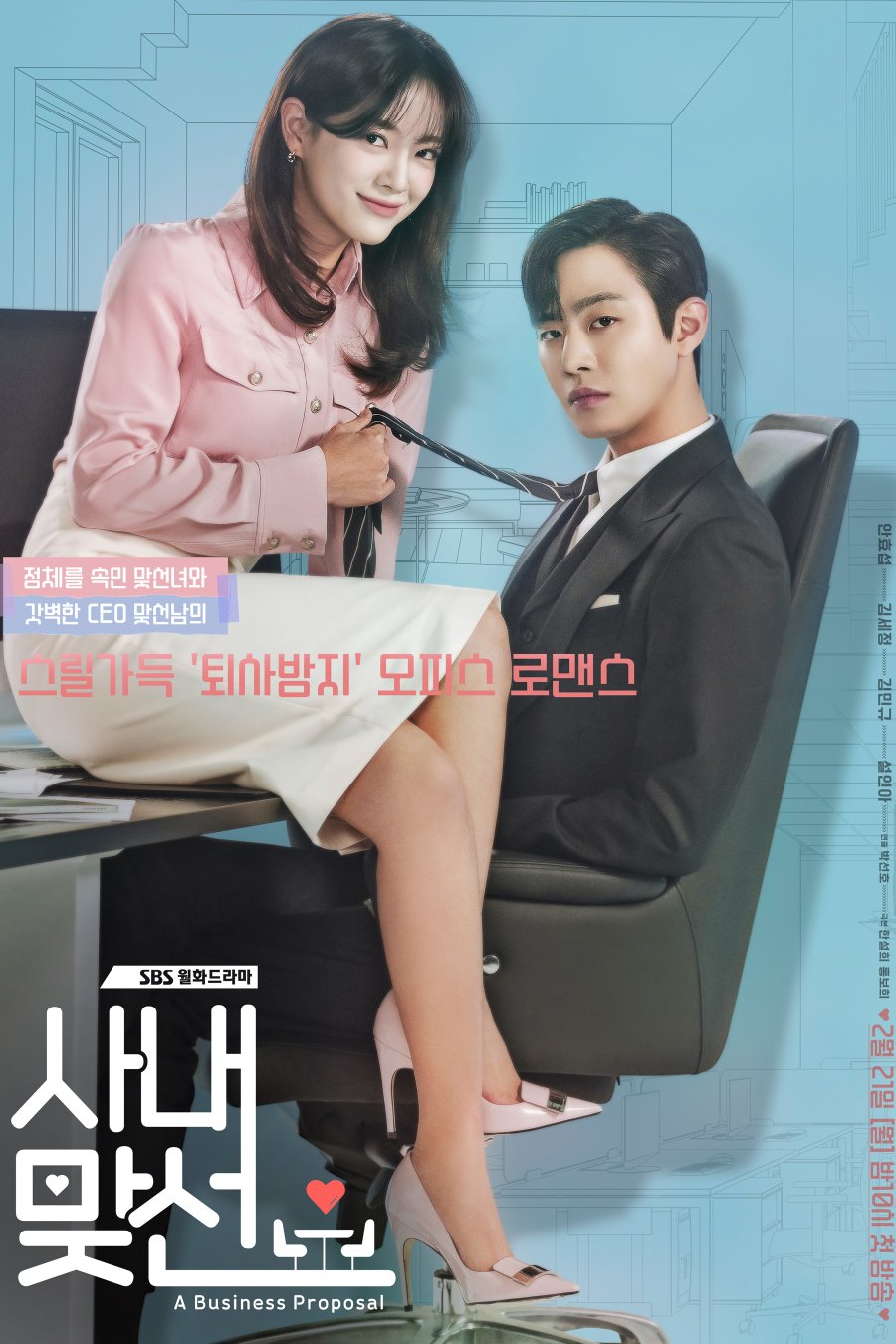 It seems like a week doesn’t go by without netizens becoming obsessed with a new K-Drama. One of the most recent series’ that is catching the attention of fans is Business Proposal.

The series follows Shin Ha Ri (Kim Se Jeong), who ends up going on a blind date pretending to be her friend, and it’s with her CEO Kang Tae Mu (Ahn Hyo Seop), the CEO of Ha Ri’s company. The troubles start when the relationship seems to be going well, and Tae Mu wants to marry Ha Ri, still thinking she is her friend.

In particular, alongside the storyline that fans can’t get enough of, attention is being paid to the main actor Ahn Hyo Seop. Despite making his acting debut in 2016, it is only now that many people have taken notice of the actor…

During this time, he has had roles in series’ like Still 17, Abyss, Dr Romantic, and even starred alongside ASTRO’s Eunwoo in the web drama Top Management.

Yet, one thing that netizens have recently found out that has blown their minds is that Ahn Hyo Seop was actually training to be an idol before going into acting.

He was first scouted in Canada by JYP Entertainment and was even supposed to be in the lineup for GOT7! Although many GOT7 fans are aware of this, it has resurfaced following the increased popularity of the show, with netizens just finding out about it.

Well, the actor has been extremely vocal about his past with JYP and even appeared on an episode of KBS Happy Together 3 in 2017. During the episode, he spilled all about his experiences and why it was eventually decided that he wouldn’t join GOT7.

Ahn Hyo Seop explained that he’d received a random call while in Canada from someone at JYP who wanted a meeting with him. After this, it was all confirmed, and he went from regular student to K-Pop trainee within the space of two weeks.

Ahn Hyo Seop then explained that when he came to Korea, he was staying in the same dorms as GOT7, and he was even practicing with them. Yet, he shared why he didn’t join the final lineup, with one particularly shocking reason.

When the group was being formed, I was practicing with them, but I didn’t make it to the team. At the time, I wasn’t good enough, and I was quite tall compared to the other members.

During the same episode, he not only showcased his vocals but covered EXO‘s “Growl,” showcasing that if he hadn’t been an actor, he definitely would’ve found his place with an idol group at some point, especially with his talents.

With his rising fame through Business Proposal, netizens couldn’t stop sharing their reactions to this fact that had recently resurfaced. In particular, many couldn’t get over the fact that Ahn Hyo Seop was meant to debut with GOT7. but things have come full circle in some ways as member BamBam recently released his first OST for the K-Drama.

you know what Ahn Hyo Seop was supposed to debut with GOT7 but due to some personal issue he couldn’t make it. Now Bambam singing his first Korean OST for Ahn Hyo Seop’s drama😭 as a fan of both, idk what to say

every time i watch business proposal i keep thinking what it would be like if ahn hyo seop joined got7 pic.twitter.com/l14NtrqsmY

Although both GOT7 and Ahn Hyo Seop have thrived after their paths were cemented, it would be interesting to see what would’ve happened if the group had debuted with one more member. Yet, there is no denying that all eight are absolutely slaying it in their fields.

You can watch the full video below.