3 Memorable Lines That Kim Nam Gil Delivered In “Through The Darkness” : Entertainment Daily

SBS’s “Through the Darkness” came to an end on March 11, earning an average nationwide rating of 7.0 percent.

Here are three lines delivered by Kim Nam Gil that will remain unforgettable for viewers:

1. The line that changed the drama: “You’re just a worthless murderer.”

Kim Nam Gil captivated the viewers with his charisma while bringing out the details of his character as the plot reached its climax.

2. His determination to catch the culprit: “I was only trying to put myself in the culprit’s shoes.”

When Guk Young Soo expressed his concern, Song Ha Young said, “I was only trying to put myself in the culprit’s shoes,” showing his determination to do so. Kim Nam Gil was able to bring out his character’s complex emotions both externally and internally.

3. His unbearable outburst of anger: “I think you’re worse than a wild animal, what do you think?”

In episode 10, Song Ha Young was unable to control his anger when Nam Ki Tae boasted about his crimes like Gu Young Chun.

Song Ha Young questioned Nam Ki Tae, saying, “I think you’re worse than a wild animal. What do you think?” Song Ha Young looked miserable as Nam Ki Tae continued to smile and reminisced about his crimes. Kim Nam Gil delivered his character’s emotions with his eyes as he let out a sigh.

Near the end of the episode, Song Ha Young’s car overturned when he started hallucinating and got a panic attack as he thought of the times he came face-to-face with the serial killers. The ending previewed a new crime approaching while Song Ha Young struggled to breathe properly.

Kim Nam Gil was able to enhance his character’s narrative with his facial expressions and movements. 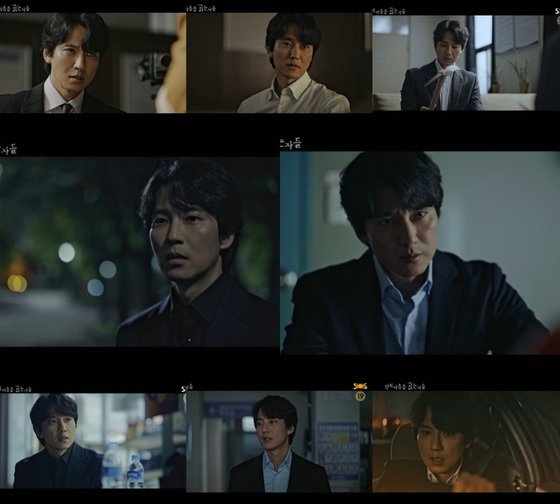 The final episode of “Through the Darkness” aired on March 12 at 10 p.m. KST.

Watch the drama with English subtitles below!