SBS’s “A Business Proposal” has released new stills from the upcoming episode!

The previous episode ended on a cliffhanger as Kang Tae Mu witnessed Shin Ha Ri going about her double-life. So far, he has been steadily growing feelings for his fake date Shin Geum Hee without knowing that she is actually Shin Ha Ri, one of his company’s employees.

In the next episode, Kang Tae Mu will begin his grudge-ridden revenge on Shin Ha Ri. He sits at his desk with clutched hands, as if plotting all the ways he could get back at her for tricking him. He is expected to go about his revenge in petty ways, including ordering Shin Ha Ri around. On the other hand, Shin Ha Ri has no idea that she has been caught, and appears busy and flustered (see top photo). Just how far will Kang Tae Mu take his quest for revenge? 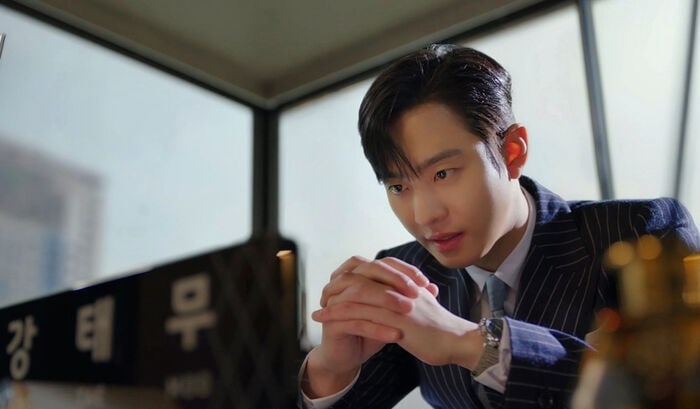 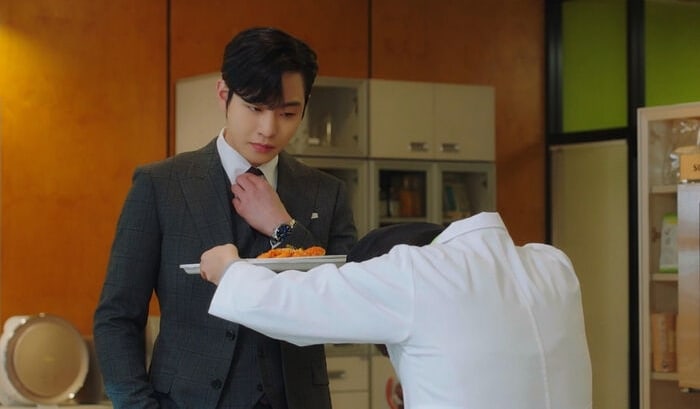 The drama’s producers commented, “Kang Tae Mu will begin a quest for revenge that is adorable and childish beyond your imagination. Look forward to episode 5 to find out how he will deal with his anger, jealousy, confusion, and other emotions.”

In the meantime, check out Ahn Hyo Seop in “Lovers of the Red Sky” below: