JTBC has shared an intriguing peek of “Forecasting Love and Weather”!

Previously, the growing tension between Lee Si Woo and Han Ki Joon (Yoon Bak) finally reached its boiling point. Han Ki Joon upset Lee Si Woo by showing up at Jin Ha Kyung’s house drunk, while Han Ki Joon didn’t react well to finding out that his wife Chae Yoo Jin (Girl’s Day’s Yura) had lived together with Lee Si Woo before their marriage. In the end, all that tension exploded into a physical fight at the worst possible moment, with Han Ki Joon unable to stop himself from throwing a punch at Lee Si Woo in front of the press.

Newly released stills of the next episode depict Jin Ha Kyung and Lee Si Woo enjoying a camping date. The two are finally away from work and in the arms of nature. The way they sweetly gaze at each other makes viewers’ hearts flutter, and it will be exciting to see what kind of romantic moments will be born this time. 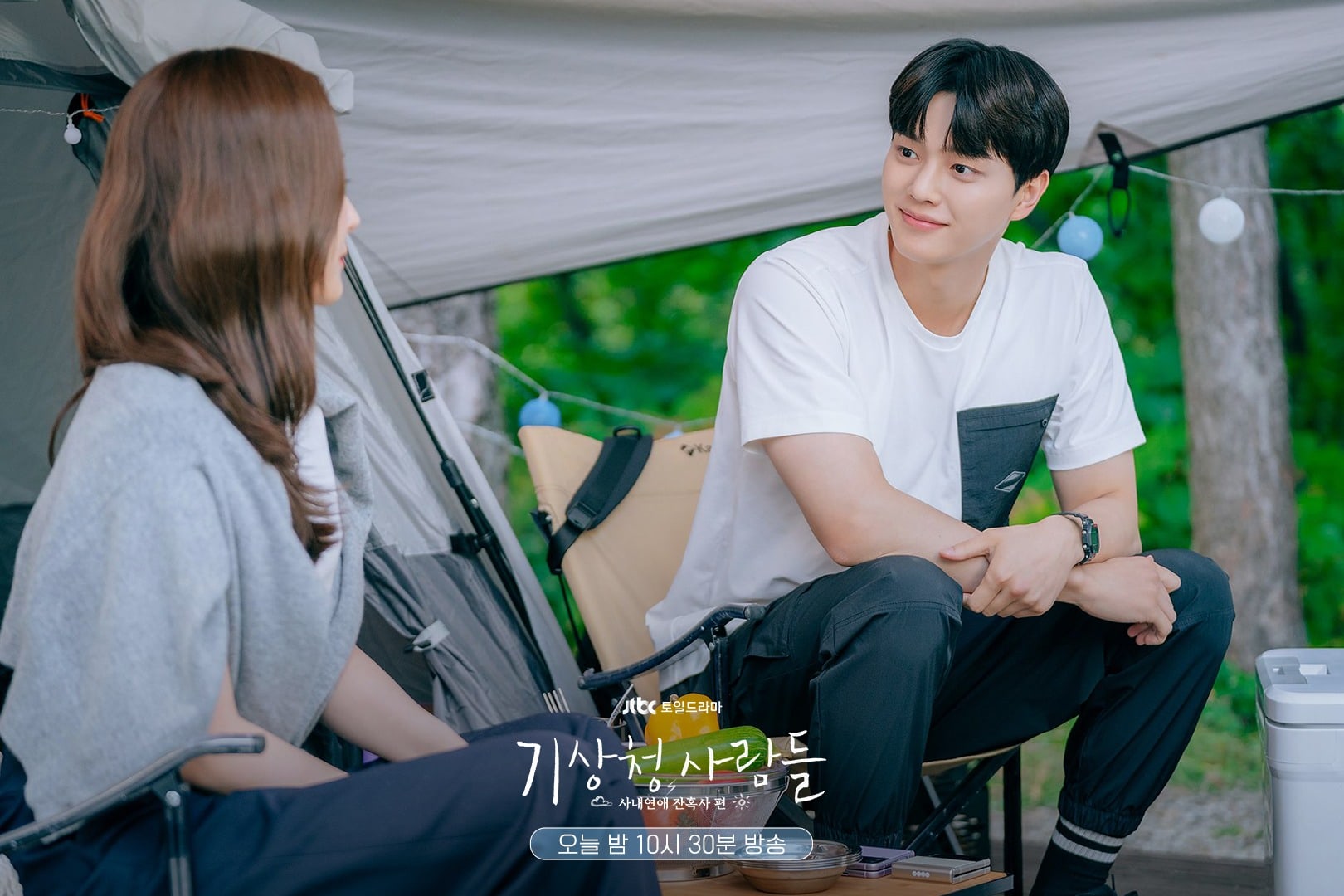 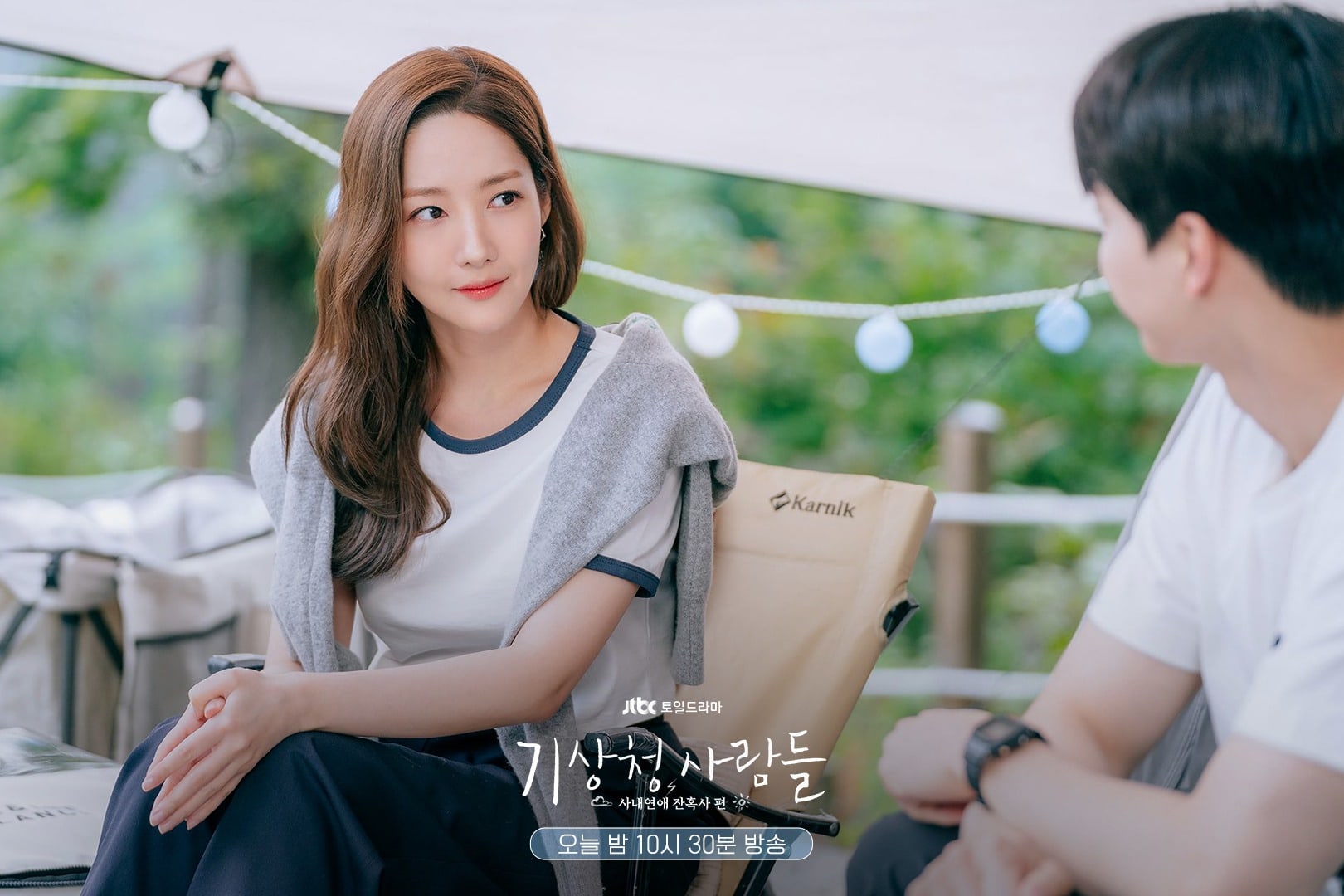 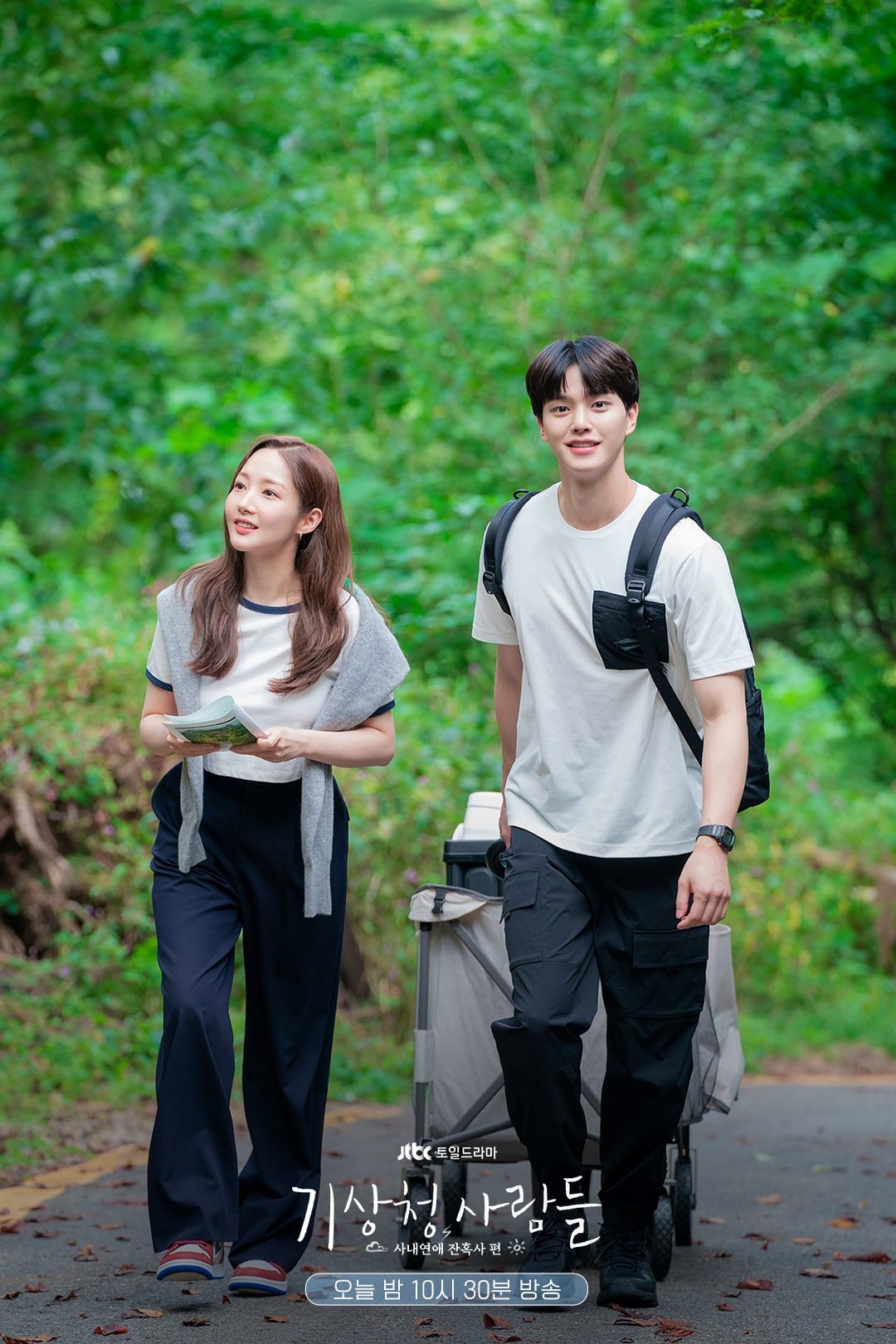 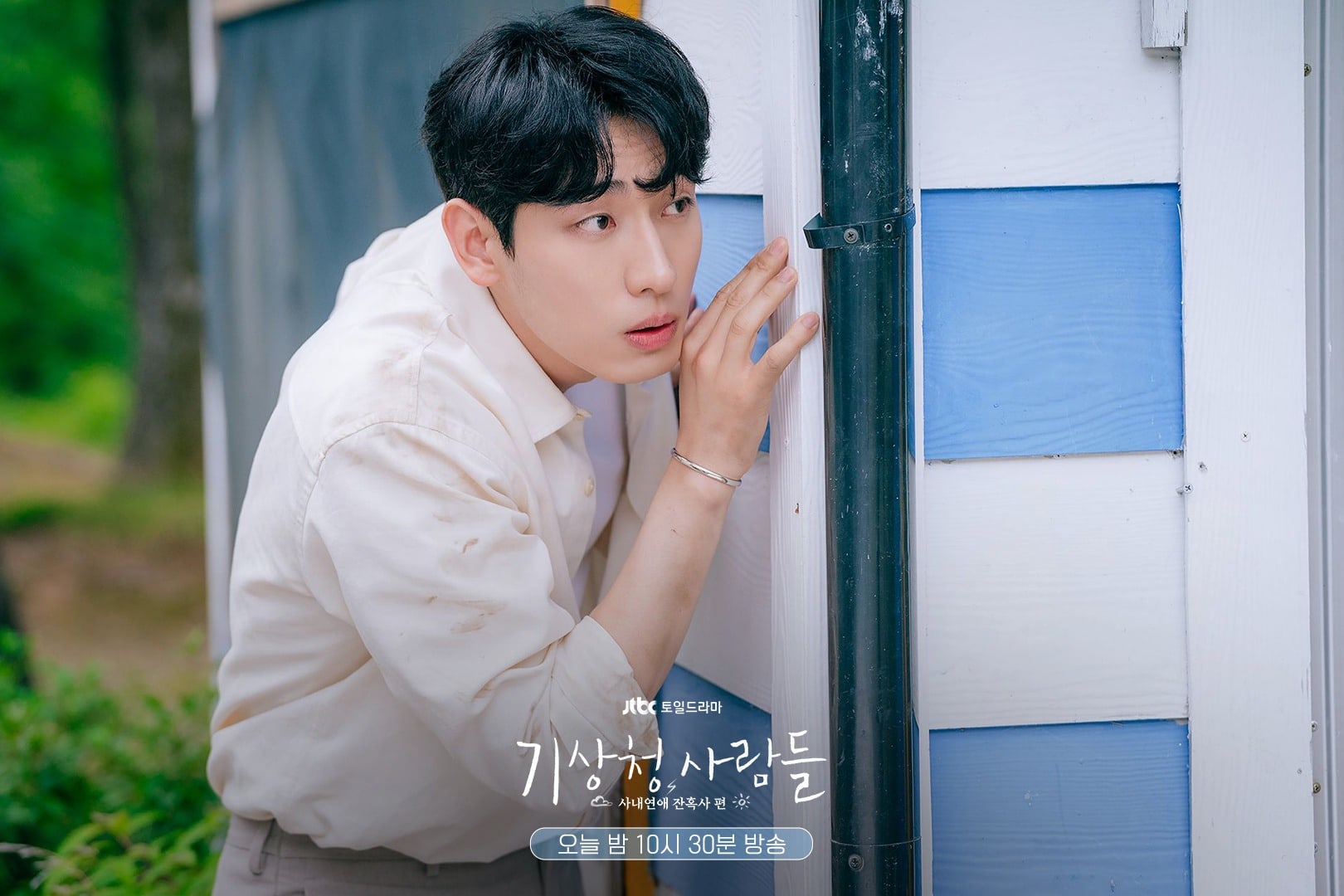 The drama’s producers commented, “Jin Ha Kyung and Lee Si Woo will visit the camping site together ahead of the first rainy season forecast in the summer. The interesting point of episode 9 is that Han Ki Joon, who noticed something unusual between them, will tag along.” They asked viewers to look forward to how the complex office romance will affect current relationships.