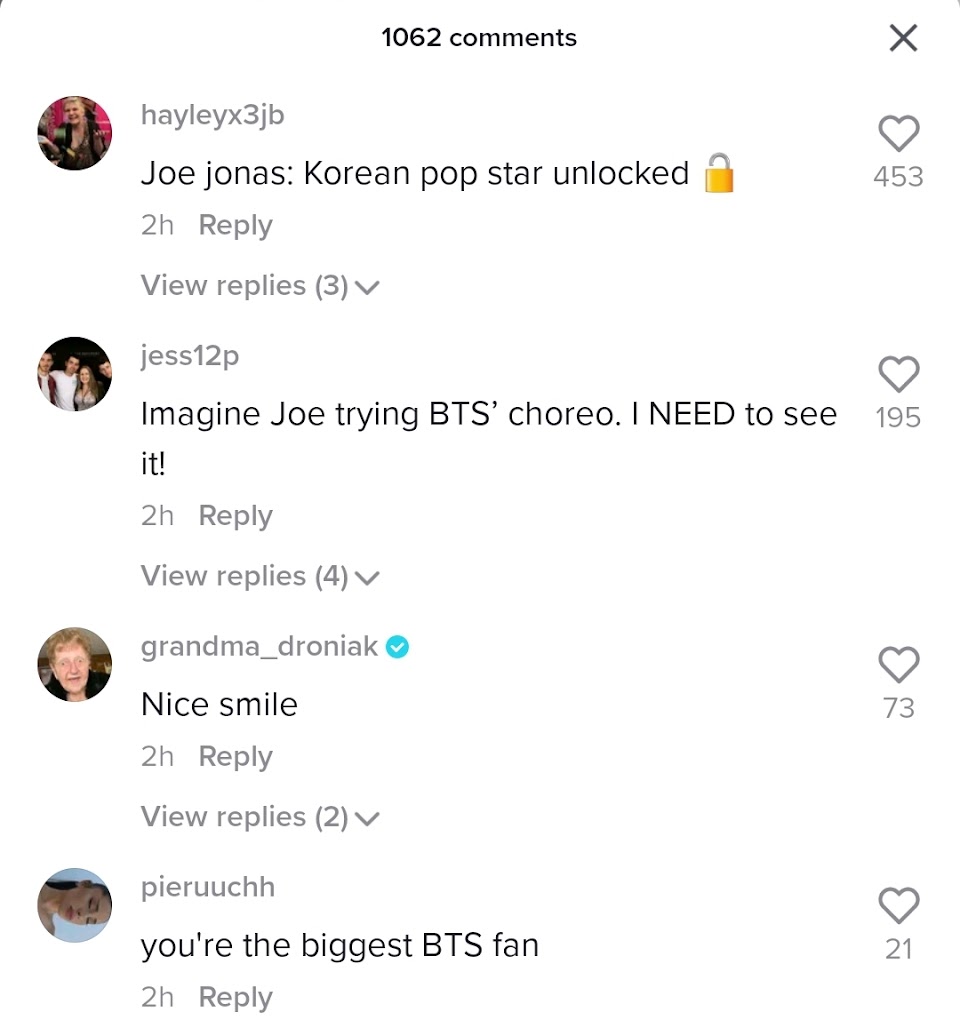 Joe Jonas is famous for being a member of two other groups already, The Jonas Brothers (with his brothers) and DNCE. Yet, he may be looking to join another group.

While promoting DNCE’s new collaboration single with Kygo “Dancing Feet” on TikTok, he also joined a filter challenge that assigns you “what band you are.” Potential results include Fifth Harmony, One Direction, BTS, Little Mix, BLACKPINK, and his own group, The Jonas Brothers.

Despite not getting his band, he was more than happy with the results as he got none other than BTS.

He even shared the video on his Instagram Stories with a heart-eyed emoji!

Joe is actually a proud member of BTS’s fandom, ARMY. He and his brothers have spoken about their love for the group on multiple occasions.

the Jonas brothers casually talking about bts and their faves in bts. The system is glitching pic.twitter.com/eZRvUDLklD

“our main goal for today is to find BTS”#Taehyung #BTS #방탄소년단 @BTS_twt #BBMAspic.twitter.com/CPt0TphYvA

While Joe was excited to see BTS perform at the 2019 Billboard Music Awards, he even came up to the group during his own performance. He’s a true fan.

One time, he even revealed that BTS is his favorite boy band! So, we can totally understand why he was so excited about his filter results on TikTok. We can certainly relate, Joe!

The feeling is certainly mutual, too, which makes one wonder if there could potentially be a collab in the future.

Based on the comment section of Joe’s latest TikTok, it’s what the fans want! So, it’s bound to happen, right?

Along with his brothers, Joe has technically been a fan of K-Pop for years as The Wonder Girls toured with them all the way back in 2009. Read about it below: