Here’s The Exercise Move Recommended By TWICE Momo’s For A Slim Waist — Even Jihyo Confirmed It Works : Entertainment Daily 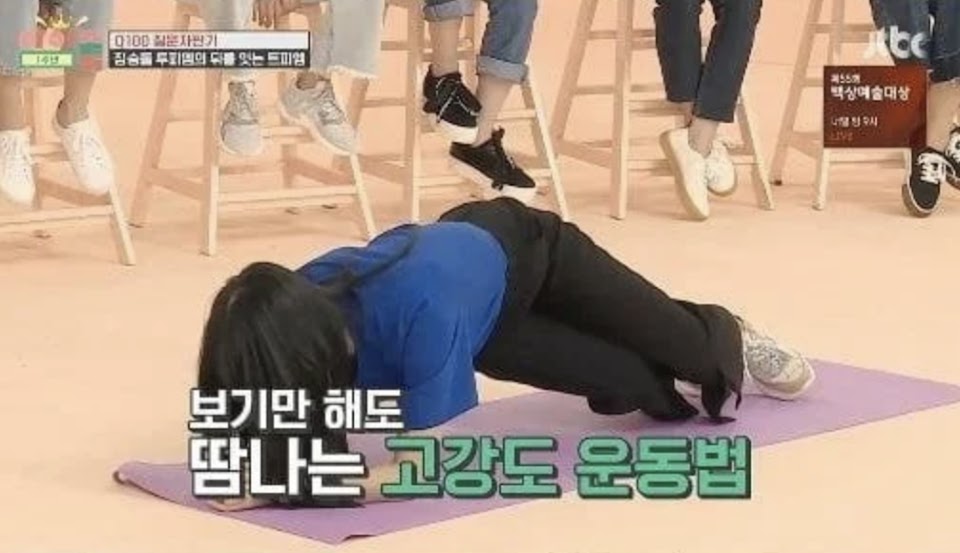 It’s no secret that the TWICE girls all have amazing bodies. Momo in particular, always impresses with her snatched waist and hourglass figure. Her abs are also practically rocks at this point. Curious to know how she got them? Read on to find out.

Whenever Momo is asked for tips to get a snatched waist, she always recommends this one exercise — rainbow planks! According to Momo, just doing this alone makes you break out in sweat.

She’s demonstrated the move frequently on variety shows. This move is the secret to losing belly fat, she claims.

The exercise move was even confirmed by Jihyo to work! On a live stream, Jihyo mentioned the move as one recommended to her by Momo. After testing it out, Jihyo let fans know that they can rest assured about its effects.

Momo told me about this, you can do normal planks for a minute, then as soon as it ends, don’t sit back down but go straight into rainbow planks. If you do about 30, you will begin to sweat. That’s how hard it is. I do about 3 sets [a day] or 4 if I’m in a good condition that day and after doing that for about two weeks, my belly fat was lost.

Well, if Jihyo herself confirmed it, it must be true! While the girls are blessed with good genes, their bodies are also a result of hard work!

Previous Post
A Video Of BTS’s V Giving Jungkook A Ring During “PERMISSION TO DANCE ON STAGE – SEOUL” Goes Viral, And Here’s What Really Happened : Entertainment Daily
Next Post
Apink’s Bomi Is Moved To Tears By The Extent Her Fan Will Go To To See Her Perform : Entertainment Daily