Here’s How The Husband Of An ARMY Got Into BTS’s Concert…When His Wife Didn’t : Entertainment Daily 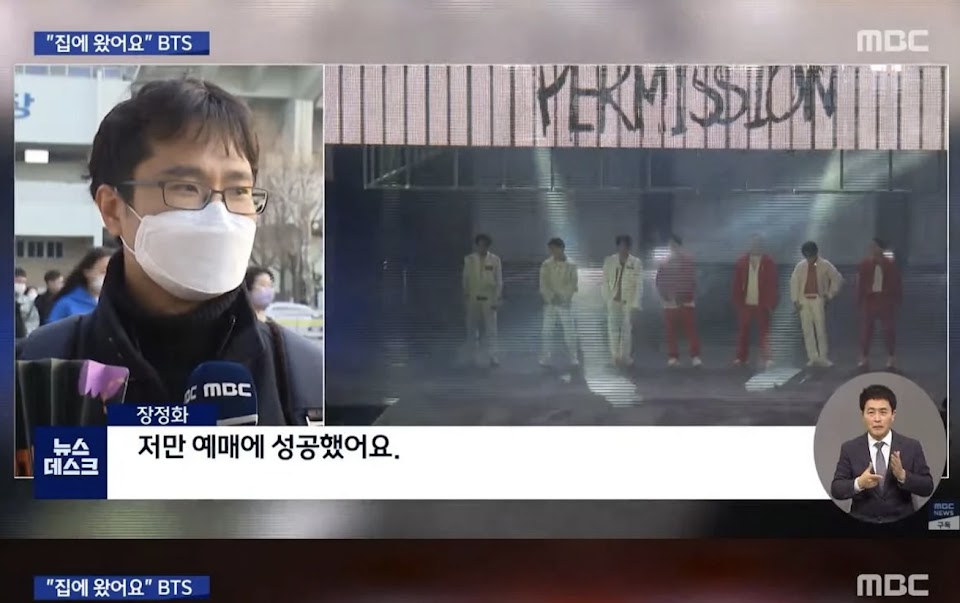 Oftentimes, fans will bring their significant others to concerts or events for some company. Some lucky ones even get the full support of their lovers like this lucky girl who got married with a BTS ARMY bomb bouquet. Of course, this is easier said than done! With tickets for popular groups being very hard to get, it’s a tussle to get one’s own tickets, let alone one for your significant other.

This happened to a married couple in South Korea. The couple had tried to do ticketing for PERMISSION TO DANCE ON STAGE — SEOUL, and the result was so hilarious that it made the news. MBC News reported that they had spotted a middle-aged male at the concert alone. This being an uncommon sight, they had to ask him for his story. He had succeeded in getting tickets…

…but his wife didn’t. The newscaster had to question him on why he didn’t give up his tickets for her. He grinned with his eyes slightly as he blamed the matter on HYBE instead! Smart guy.

The problem lies with HYBE’s policy, it’s not my problem.

— Man who went to the concert without his wife

With concert tickets in Korea, the tickets are often tagged to the buyer by name. Identity cards are also often checked at the venue’s entrance. As the names are printed on the tickets itself, it’s hard to bypass the system. While some fans try to cheat the system by borrowing the identity card of the reseller, it was probably a stretch for the wife to pass herself off as a male.