A Video Of BTS’s V Giving Jungkook A Ring During “PERMISSION TO DANCE ON STAGE – SEOUL” Goes Viral, And Here’s What Really Happened : Entertainment Daily 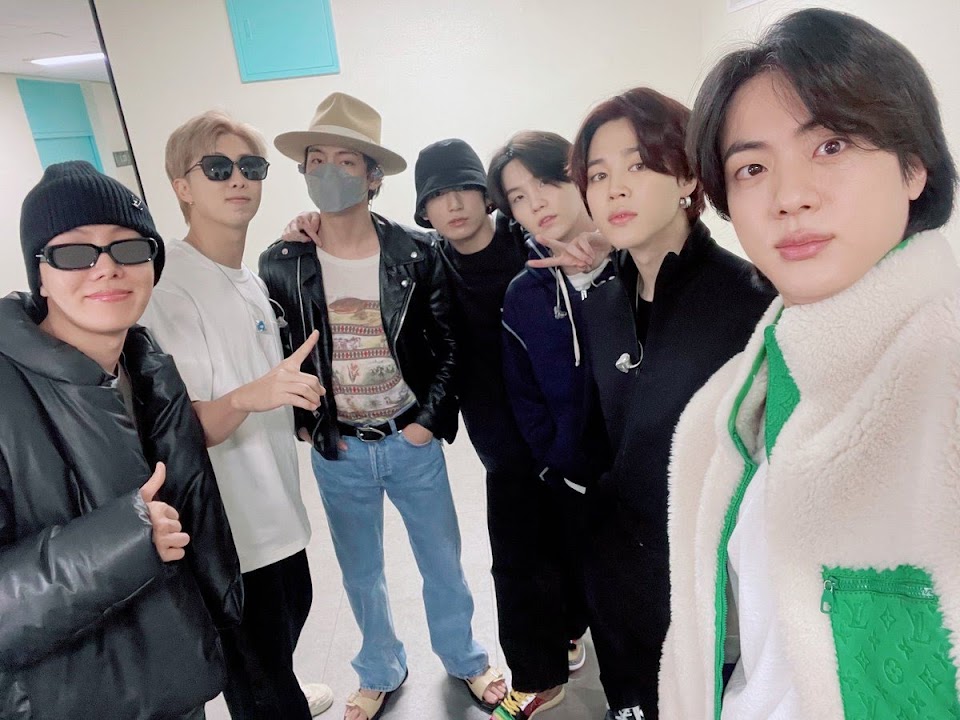 ARMYs worldwide joined together on March 12 (KST) to watch BTS perform their second PERMISSION TO DANCE ON STAGE – SEOUL show at the Olympic Stadium. While few were lucky enough to watch it live in person, thousands of ARMYs flocked to their local theaters to watch it on a big screen live.

Of course, when the show was happening, ARMYs were sharing clips online and allowing everyone to enjoy the show. Unsurprisingly, it was another epic show, with so many moments that had fans on the edge of their seats and singing along no matter where they were.

In particular, one clip has gone viral, and it’s a moment between BTS’s youngest members V and Jungkook.

A clip was recently posted from the show and has been viewed over 750,000 times. The members were on a raised platform during the video, and the three-second clip showed V handing Jungkook a ring.

After the video was posted, fans in the comments went crazy with phrases such as, “TAEKOOK,” “Taehyung have Jungkook a ring,” and more started trending worldwide.

While many used it to showcase the friendship between the two members, others took it further and started using it as evidence to ship the two members.

Shipping is a popular occurrence in any fandom but especially K-Pop, but is also extremely controversial…

In particular, many started joking that it was like V was proposing to Jungkook and added that V’s parents were also there…

Yet, most people pointed out that this was only a three-second clip, and unless you saw the whole clip, it wasn’t right to say that V had taken off the ring and given it to Jungkook. Of course, millions of fans worldwide were watching the show both in-person and online, and one shared a video of what really happened in full.

It seemed as if V found a ring on the floor, and ARMYs weren’t sure whether it was one of the members or from the crowd. After seeing it, V picked it up.

After holding it, he seemed to look at both Jimin and Jungkook, maybe to see if it belonged to either of them before handing it to Jungkook.

When Jungkook took the ring, the group’s youngest member then accidentally dropped it before looking back at V with amusement. The duo then concentrated on the song and performed their hearts out.

After seeing the full clip, ARMYs pointed out that Jungkook must’ve dropped his ring at some point, and V was just giving it back. Although it was a far cry from the “proposal” many ARMYs tweeted about, it definitely showcased their friendship as V wanted to make sure his member got the ring back.

You can read more from the show below.