TXT’s Soobin Needed To Contact The BTS Members, But All Their KakaoTalk Profiles Had Disappeared : Entertainment Daily 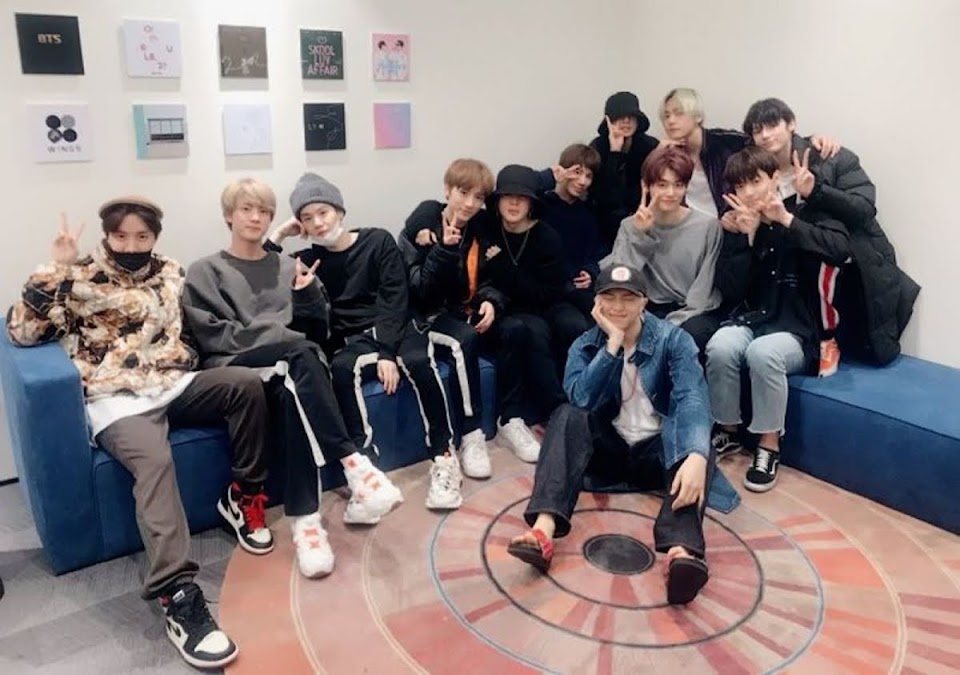 When it comes to the friendship between the groups within HYBE, there is no denying how iconic they are.

Despite the age differences, all of the artists genuinely seem to get on, and netizens love seeing interactions between them all. In particular, the friendship and crumbs between TXT and BTS is something fans never stop loving.

Recently, BTS‘s Suga celebrated his birthday on March 9. On the same day, TXT’s Soobin and Beomgyu held a live broadcast together with fans.

During the broadcast, the two TXT members talked about everything from what they had been up to, ate some good food for a mukbang, and much more.

Of course, considering what day it was, neither Soobin nor Beomgyu could miss the opportunity to say happy birthday to Suga! It was definitely one of the cutest things ever.

Yet, it was what Soobin had after that had fans LOL’ing. During the broadcast, Soobin explained that he wanted to speak to Suga about something and had tried to find him on the Korean messaging app KakaoTalk, but it didn’t go exactly to plan.

Actually, I wanted to talk about something to Suga hyung. So, I was searching him on KakaoTalk. But his profile was gone.

Of course, when one of the members isn’t reachable, the next best thing to do is try and ask the rest of BTS to find out how to contact Suga… yet, that also didn’t seem to work as the group mysteriously vanished off the app.

So, to ask the other hyungs, I looked (for their profiles)… Everyone was gone. All of them were gone. I was like, ‘Where are they?’

Yet, it seems as if netizens had the answer to why this could be the case and how BTS all disappeared from KakaoTalk. At the end of last year, the BTS members all created their own Instagram accounts. Since then, ARMYs have joked that the accounts have become the group’s personal chat room.

V: My mustache grew out a lot. People will probably be shocked if I post that, right?

J-Hope: I went on a trip..but I already posted all my pics haha.

V: I went on a trip, but I don’t have pics to post

Netizens believe that the members deleted their KakaoTalks because they didn’t need it anymore, as they all had Instagram.

After a recent broadcast, it could also be because the members change their numbers so often and get new phones. Jungkook recently shared that he didn’t have any of the BTS members’ phone numbers because he’d got a new phone and hadn’t updated it.

If the BTS members have new phones but haven’t downloaded the apps again, it could be why they disappeared.

Hopefully, Soobin finds a way to contact Suga at some point because there is no denying the friendship between the two groups is iconic AF! You can read more about TXT’s love for BTS during broadcasts below.

TXT’s Soobin Proves He Is A True ARMY During His Latest Live Broadcast, And Here’s The Adorable Reason Why