Here’s Proof That BTS’s V Is Incredibly Chaotic Every Time He Performs In A Hat : Entertainment Daily 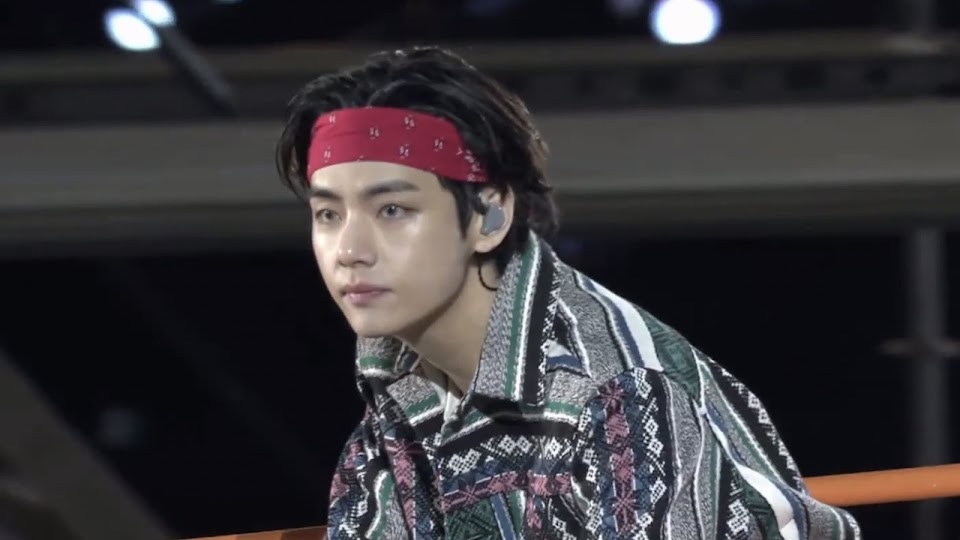 BTS‘s V can be incredibly classy and elegant, but many ARMYs find him the most charming when he’s being chaotic!

On March 10, BTS performed the first night of their PERMISSION TO DANCE ON STAGE—SEOUL concerts, and they put on an incredible show!

As always, the concert was filled with iconic, showstopping, and hilarious moments.

V had his fair share of hilarious moments last night, especially when he came out with his hat on for the encore!

At the March 10 concert, V added his own little twist to the “Permission to Dance” choreography.

He did a similar dance during “Baepsae.”

He dramatically crawled on the floor during J-Hope‘s “Dis-ease” verse.

He was extremely hyped up during “Airplane Pt.2.”

V’s excitement seemed to reach its peak during Suga‘s verse in “Home.” As Suga rapped, V surprised ARMYs by doing a cartwheel!

ARMY Twitter could not stop talking about how chaotic V was at the concert, and many fans shared videos and photos of him in action.

compilation of taehyung being the chaotic boy he is pic.twitter.com/kzjUSL266O

Help 😭😭 Kim Taehyung please I love you so much my chaotic ball of fire #PTD_ON_STAGE_SEOUL
pic.twitter.com/vdootEZ8jL

taehyung with a hat is extremely chaotic and dangerous u know 😅 pic.twitter.com/T9PmWavt9y

While V’s antics at the March 10 concert were hilarious, they weren’t entirely new! V was just as chaotic back in May 2019 when BTS performed at Soldier Field in Chicago.

Just like the March 10 PERMISSION TO DANCE ON STAGE—SEOUL concert, V wore a hat during the encore performance at Soldier Field, and he was incredibly chaotic!

To this day, ARMYs still talk about V’s infamous shoulder dance from that night.

We can’t wait to see what other antics V and the other members will get into during the remaining PERMISSION TO DANCE ON STAGE—SEOUL concerts!