Park Min Young and Song Kang’s chemistry in “Forecasting Love and Weather” is heating up!

“Forecasting Love and Weather” is a romance drama about the work and love lives of people who work at the Korea Meteorological Administration, Korea’s national weather forecast service. Park Min Young stars as the frosty Jin Ha Kyung, who does everything by the book and is fastidious about keeping her personal and professional lives separate, while Song Kang stars as the free-spirited and determined Lee Si Woo, who boasts an impressive IQ of 150 but only cares about the weather.

As their relationship grows, here are three ways they make a cute couple:

The first charming point in Jin Ha Kyung and Lee Si Woo’s relationship is their unpredictable love. Jin Ha Kyung, who is cold like freezing Siberian wind, and Lee Si Woo, whose warmth resembles the hot North Pacific breeze, could not be more polar opposites. Yet despite the fact that they fiercely clash, the two characters woke up in the same bed by the second episode. Since then, their relationship has been as temperamental as the weather, rapidly changing from bright and sunny one minute to heavy rainfall and sticky humid weather the next. Viewers are hooked by their fast-paced relationship, making them wonder how Jin Ha Kyung and Lee Si Woo’s relationship will change next. 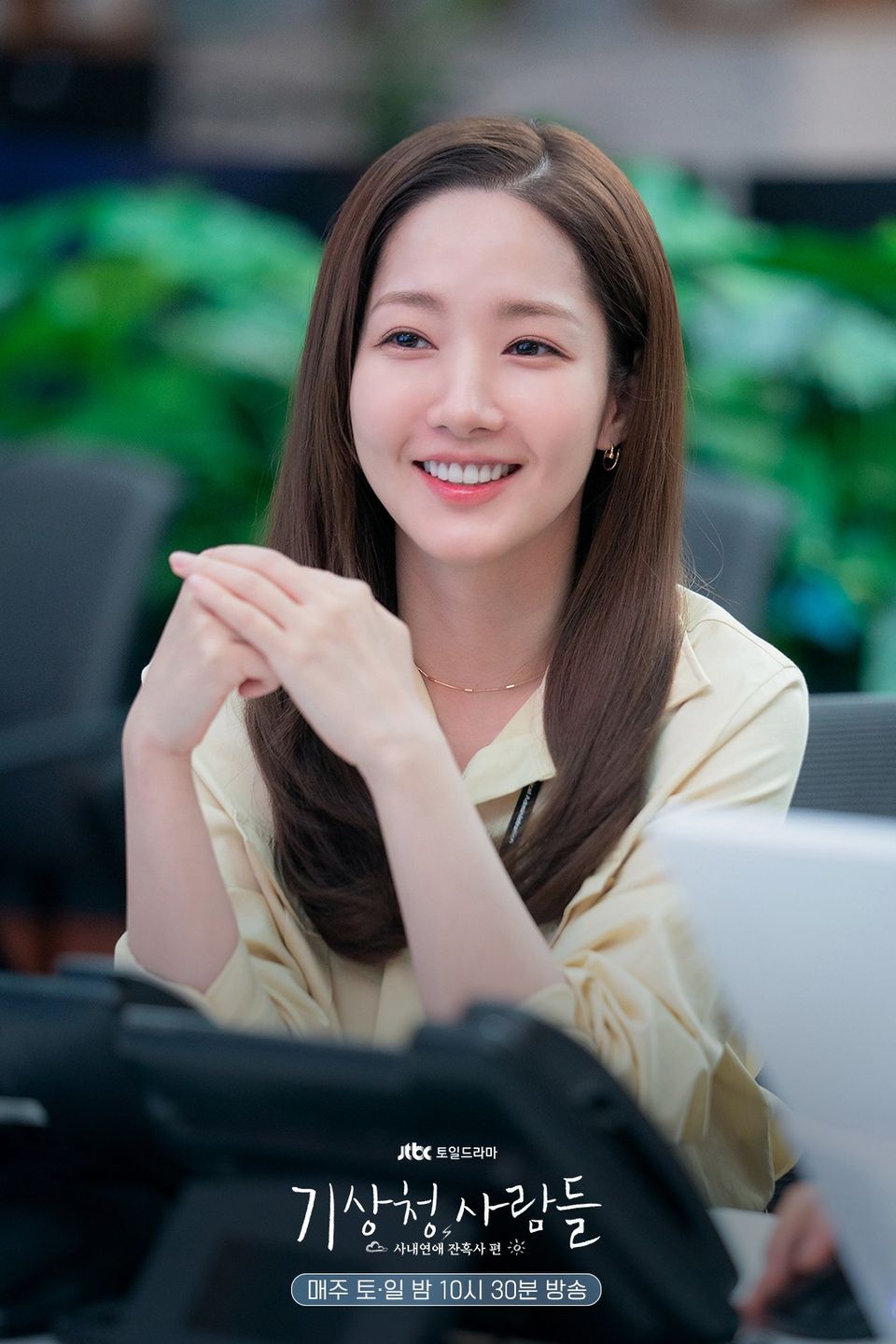 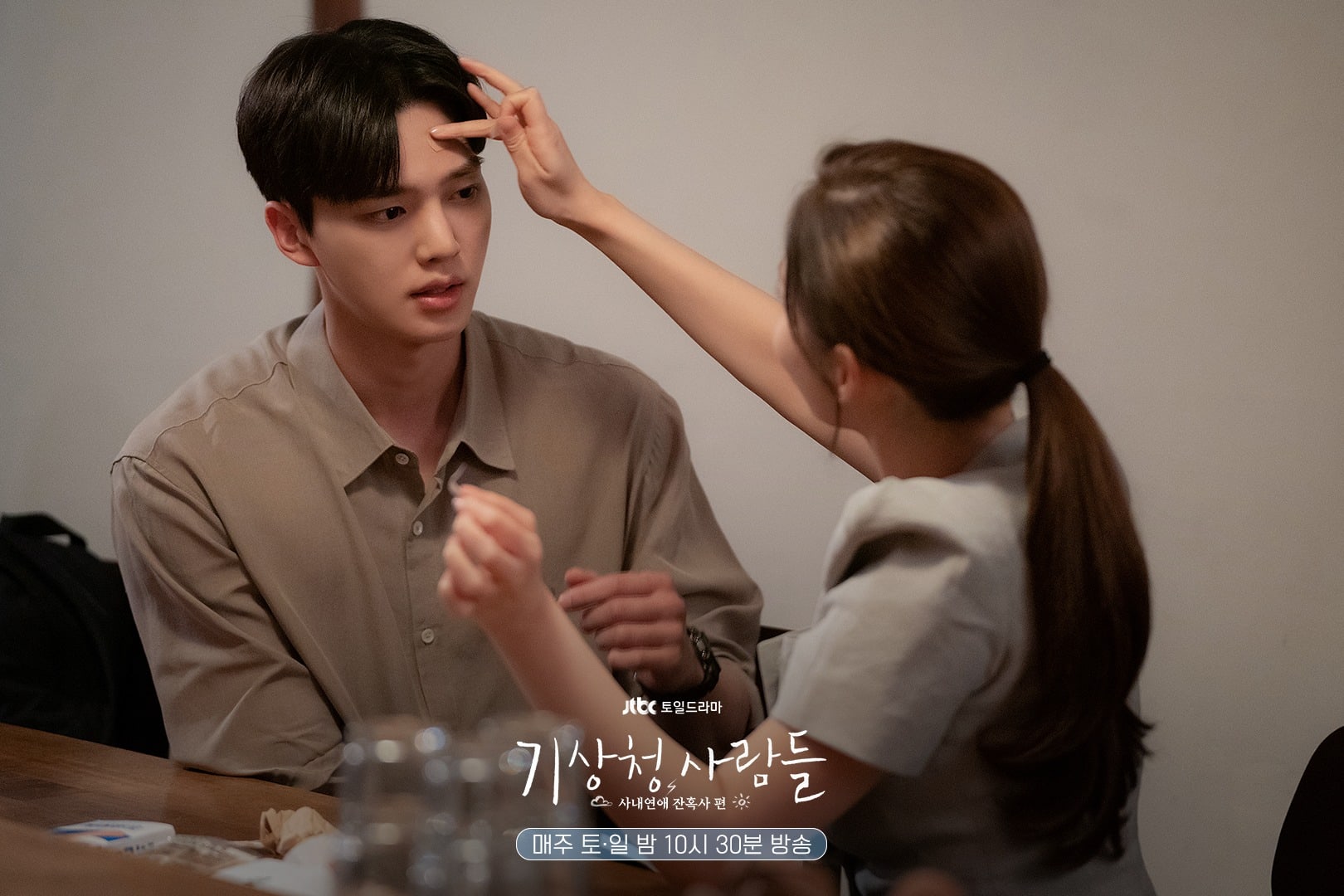 Another captivating point in their relationship is how honest both characters are. There is no ambiguity in their relationship. If something is good, they say it’s good, and if they don’t like something, they still speak their minds. Even when there are ambiguous moments, they do not last long. Jin Ha Kyung confessed the truth to Lee Si Woo when he became uncomfortable because she kept getting caught up in situations with her ex-boyfriend (Yoon Bak). Also, Lee Si Woo admitted truthfully that the reason he visited a motel was to see his gambling-addicted father Lee Myung Han (Jeon Bae Soo). Although these personal matters were difficult to admit, it was more difficult for the couple to deal with the misunderstanding caused by not communicating the truth. Through their honesty and love, they could embrace the aspects they initially didn’t want to show each other. 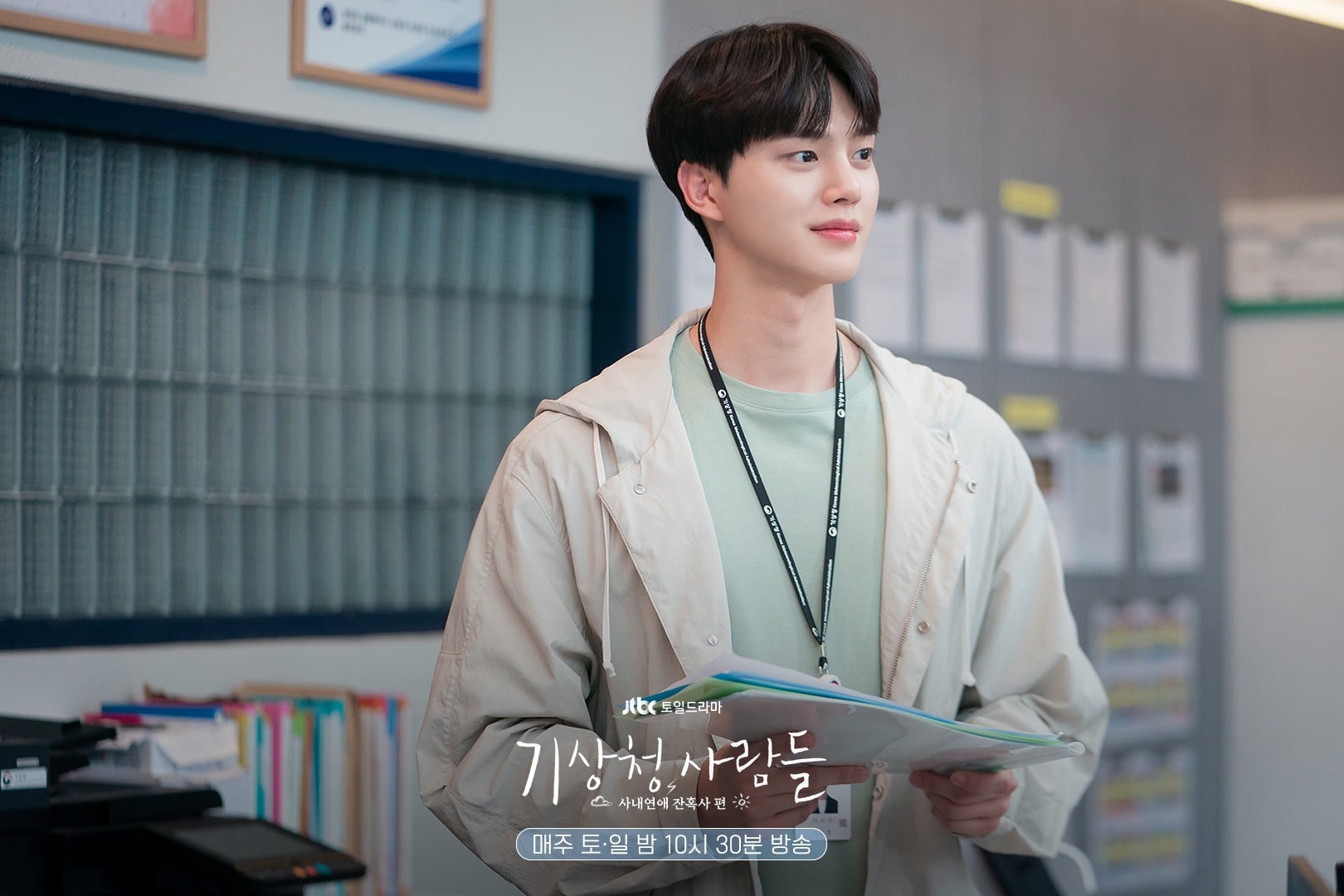 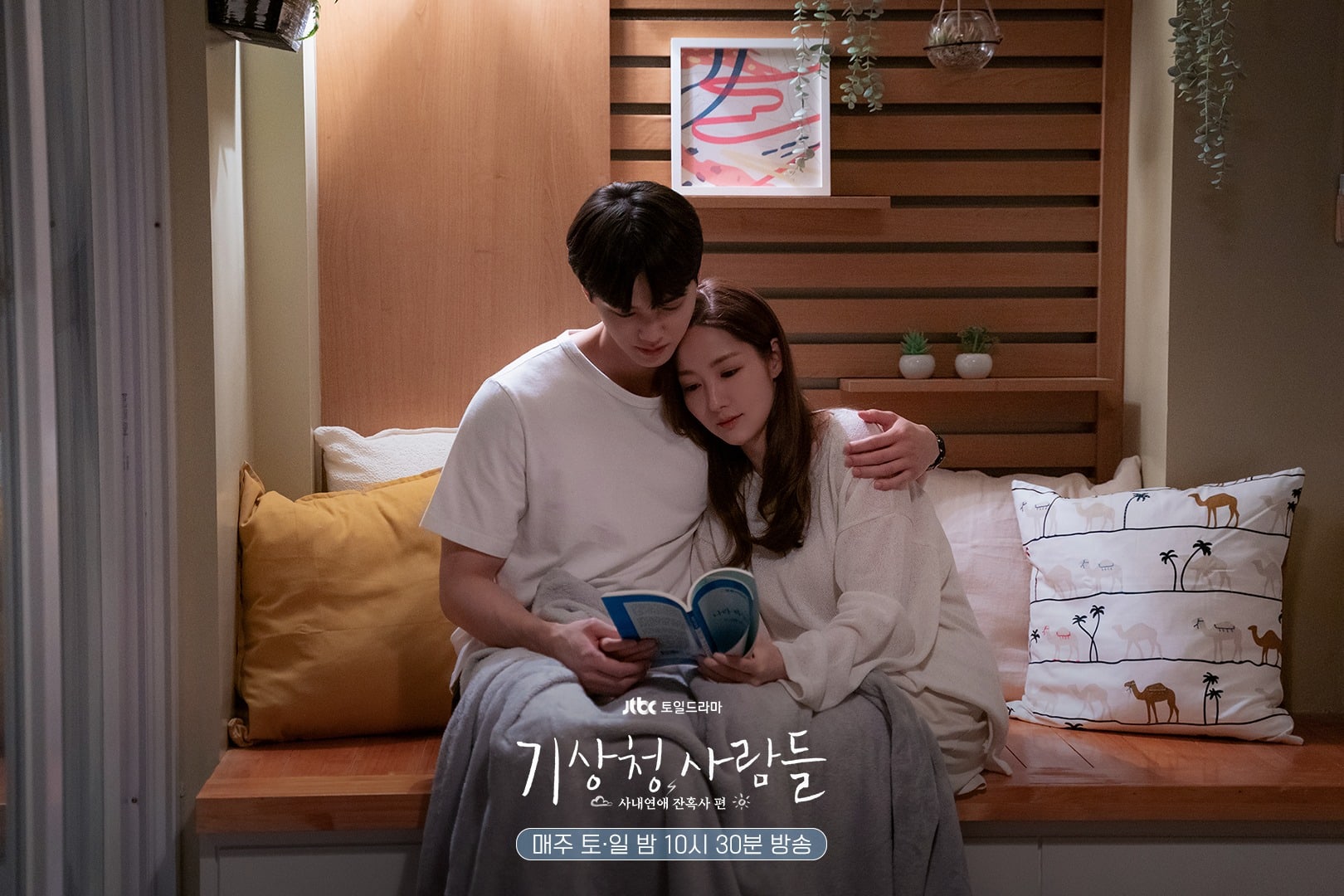 Lastly, their perfect visual combination keeps viewers coming back for more and more. The relationship between Jin Ha Kyung, who is transparent and clear like ice, and Lee Si Woo, who is bright and radiant like sunlight, captivates viewers as they see these opposites attract, raising anticipation about where their relationship will go and how it will develop throughout the next episodes.

“Forecasting Love and Weather” airs every Saturday and Sunday at 10:30 p.m. KST.

While waiting, check out Park Min Young in “I’ll Go to You When the Weather is Nice“: