NMIXX’s Stylist Under Fire For Allegedly Copying The Trademark Style Of An American Designer : Entertainment Daily 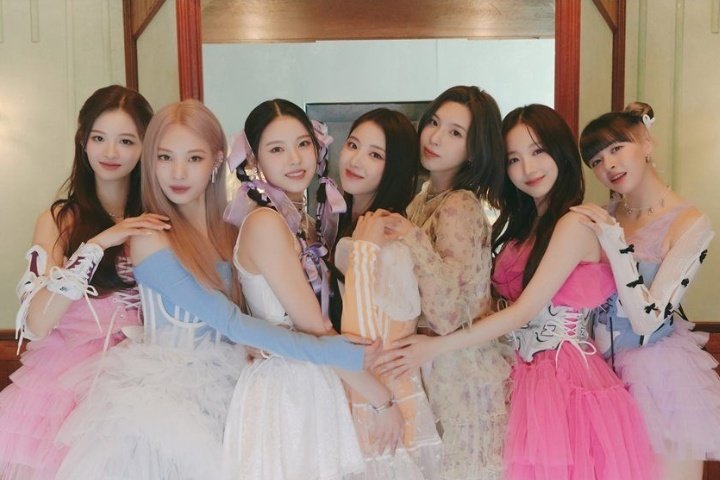 NMIXX rocked onto the scene with gorgeous tulle dresses that had a sporty twist. In their debut MV and performances, they wore girly layered skirts with sporty emblems such as sneakers as cuffs or corset belts.

Haewon in particular, wore a pair of New Balance sneakers upcycled as a belt.

Sullyoon similarly wore upcycled sneakers as an arm accessory and a corset top.

However, these outfits are now gaining criticism for their alleged copying of an independent label, Frisk Me Good. Designed by Cierra Boyd, the Cleveland designer was the first to upcycle sneakers into custom pieces.

She’s been growing her brand steadily over the years. The designer herself was originally angered over the matter as she had worked hard for the design.

Still crazy I been doing this for 3 years and these mfs got 13,000 likes off my design and I can barely get that , no tea no shade just an observation pic.twitter.com/RigWhYAxVx

She later clarified that she received the due credit from NMIXX’s stylist through a tag on Instagram.

Despite that, netizens are questioning why the stylist team did not simply ask the brand for custom pieces, rather than copying the concept and design despite the belated credits.

STAYC‘s Yoon also wore a pair of adidas sneakers upcycled into a top. However, her styling team did not face the wrath of critical netizens because the item was purchased from the brand rather than the stylist manufacturing the pieces themselves.

Although the matter was settled amicably with the original designer receiving credits, it seems that people are still questioning why they did not purchase the pieces and sought to emulate them instead.