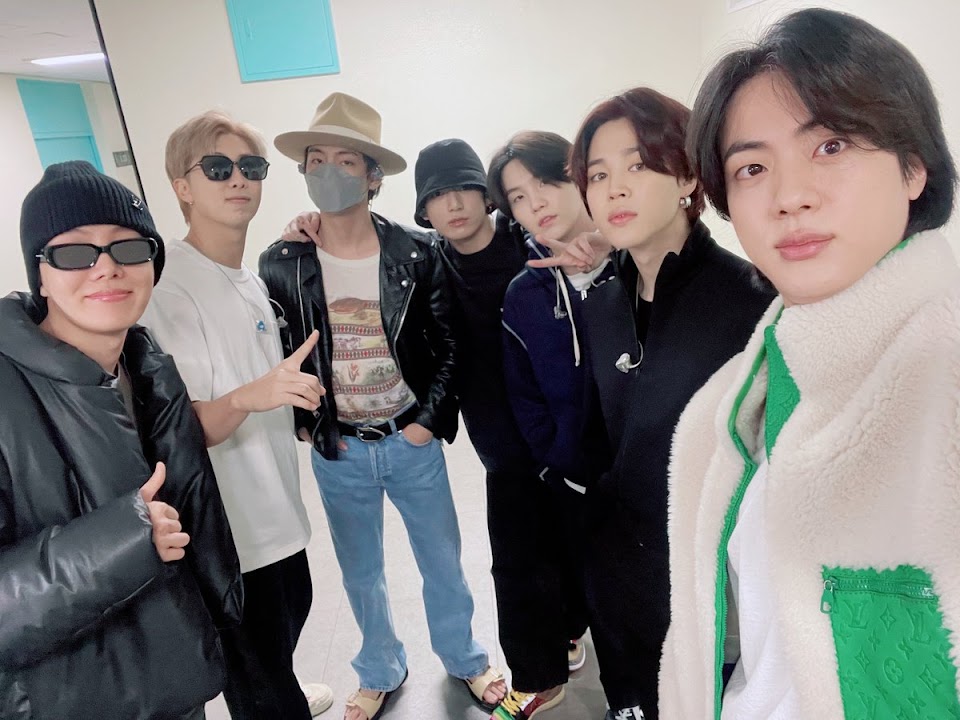 The BTS members are well-known for their sincere and loving relationships.

Everyone who knows them has testified that they legitimately like each other and are great friends despite working together for so many years now.

I see idols in groups not liking each other and sh*t, because obviously when you’re with people for too long…when you’re in a group, obviously if you see them 24 hours you’re going to bump heads.

Consequently, though, some ARMYs ship members with one another. Shipping is a popular occurrence in any fandom but especially K-Pop.

It’s also quite controversial. Shipping is an occurrence that often divides fandoms as most fans don’t see eye to eye on it. Some find it extremely problematic, while others view it as harmless.

“we are shipping with boundaries” this “they are toxic shippers” that just stop shipping real people?

I don’t understand why shipping gets so controversial to some people. Like it is literally just imagining ‘what if these characters were in a relationship’, why do some people get so heated over it

Yet, celebrities who are subjected to shipping have voiced their own concerns and discomfort over shipping, especially idols who are requested to partake in fan service with fellow members.

wonwoo is uncomfortable do you guys not get it pic.twitter.com/y7us5lCkYC

BTS especially has been subject to shipping and fan service. There are countless edits online of various pairings or “ships.”

STAGE 4: kisses but not on the lips
before that, inserting this here just to remind yall that taejin don’t kiss eo for fanservice,, they only kiss when THEY want to 🙂pic.twitter.com/ravHYBPcMr

Now, Jimin has turned down fan service requests too.

Jimin is one of the most often shipped members in BTS. He is often paired with maknae Jungkook and roommate J-Hope. Also, he and V are referred to as “soulmates” as they have a song together dedicated to their friendship, “Friends.”

However, during BTS’s first night of PERMISSION TO DANCE ON STAGE – SEOUL at Olympic Stadium, he revealed how much he dislikes shipping.

Jin saw feathers near Jimin’s eyes and kindly removed them. J-Hope especially teased him, referring to it as “bromance.”

seokjin: [taking something off jimin’s face]

This prompted Jimin to say that he really does not like “bromance” or “fan service” because he does not want to “act fake.”

I hate such things. I really don’t like acting fake even as an idol.

Jimin said “I h@te such things” referring to “bromance” pic.twitter.com/DSupFzfjZo

Essentially, he communicated that his relationships with members are not bromances to be shipped but instead are genuine friendships.

the members: bromance?
🐥: even though I am an idol, I really hate acting fake🙅🏻
(= fanservice) pic.twitter.com/12l3u9itFj

So, if there were any questions about Jimin’s feelings regarding the issue, it is no more!

He won’t tolerate it (bromance/shipping) anymore, good for you Jimin for “saying” it out loud. They are like that to each other since they’ve gotten so close like siblings, they take care of each other like brothers.

Check out more iconic Jimin moments from the show below:

BTS’s Jimin Hilariously Called Out ARMYs During “PERMISSION TO DANCE ON STAGE – SEOUL,” And It Was Savage AF