SBS released new behind-the-scenes footage from the filming of “Through the Darkness”!

Set in the late 1990s, “Through the Darkness” is a drama based on the story of South Korea’s first criminal profiler. Kim Nam Gil stars as Song Ha Young, a member of the Seoul Metropolitan Police Agency’s Criminal Behavior Analysis team, while Jin Sun Kyu plays his friend and colleague Guk Young Soo who originally brought him onto the team. Ryeo Woon stars as Jung Woo Joo, the youngest member of the Criminal Behavior Analysis team.

This new making-of video especially focuses on Jin Sun Kyu’s bright and playful nature as he jokes around with his co-stars on the drama set. It starts with Kim Nam Gil, Jin Sun Kyu, and Ryeo Woon walking towards the camera. They’re supposed to enter the door to their right, but Jin Sun Kyu, who is leading the trio, continues to confidently stride forward. When the staff member points to the correct entrance, Jin Sun Kyu immediately spins around, and Kim Nam Gil and Ryeo Woon burst into laughter. 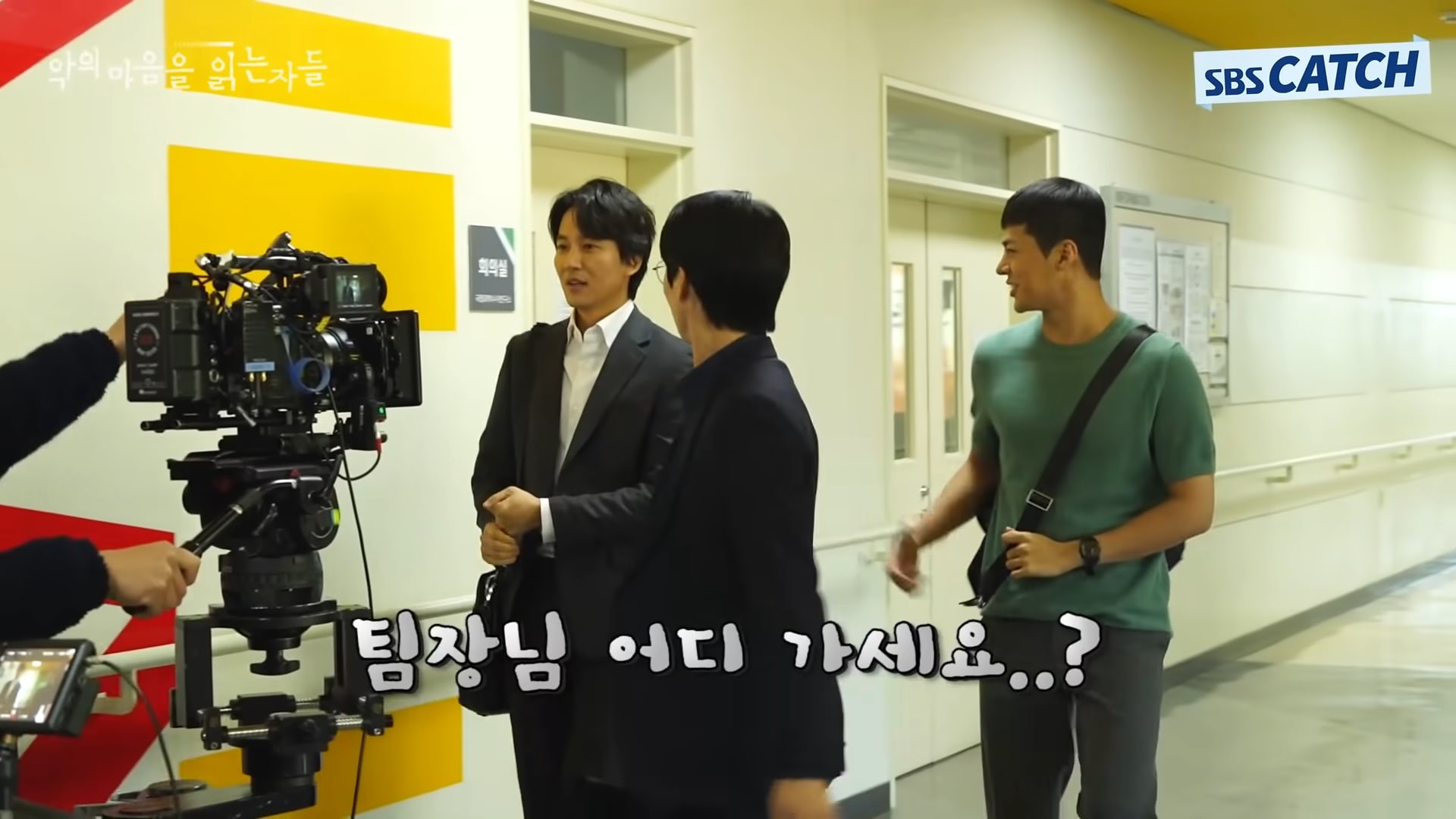 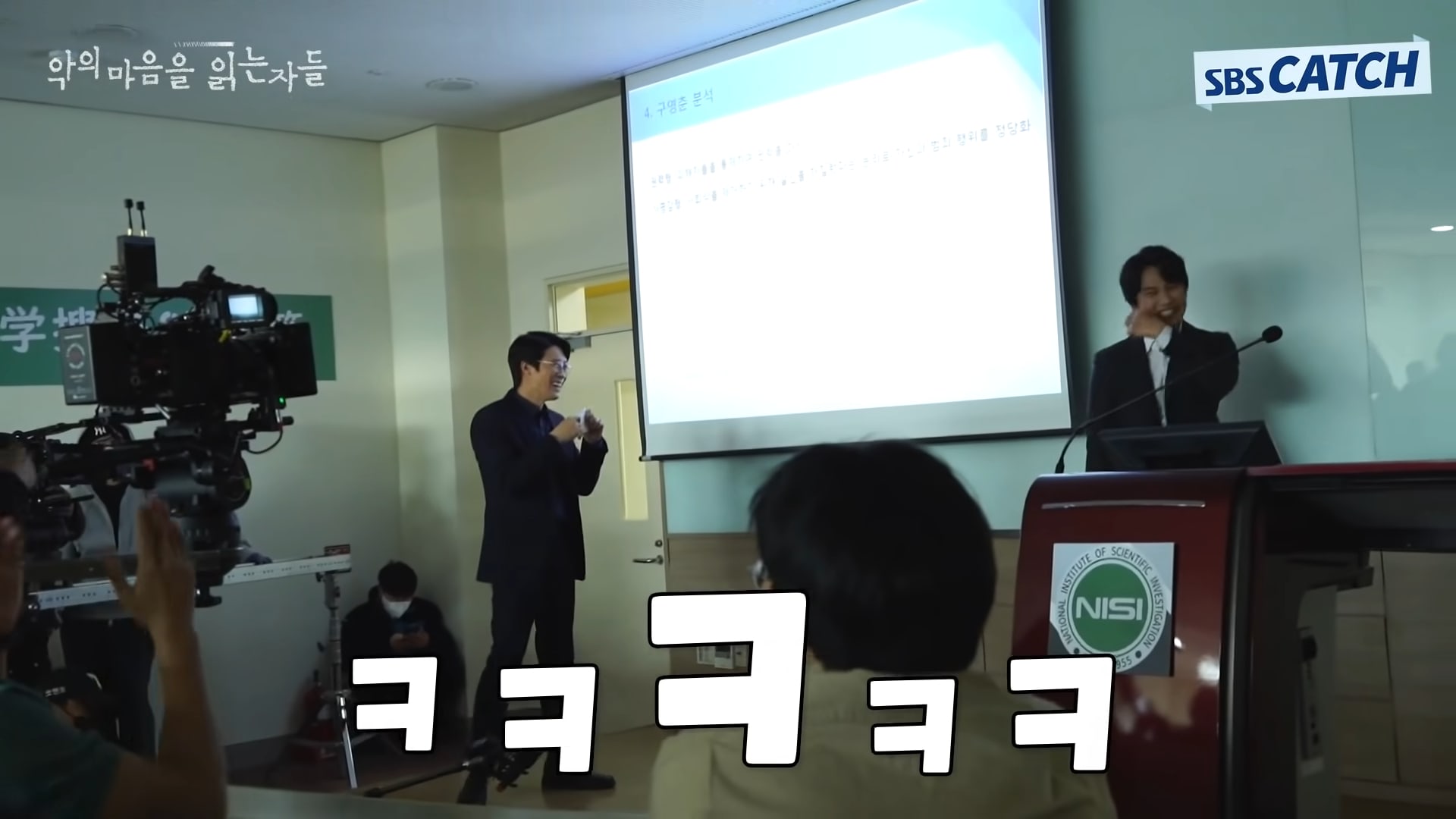 Next, Jin Sun Kyu, Kim Nam Gil, and Ryeo Woon start getting ready to film a scene in the Criminal Behavior Analysis team room. Jin Sun Kyu fixes his hair while looking in the mirror, and a staff member asks if he sprayed on cologne. Grinning, Jin Sun Kyu responds, “Why? Is it noticeable?” The actor continues to brighten the atmosphere with his silly jokes and random dance moves. 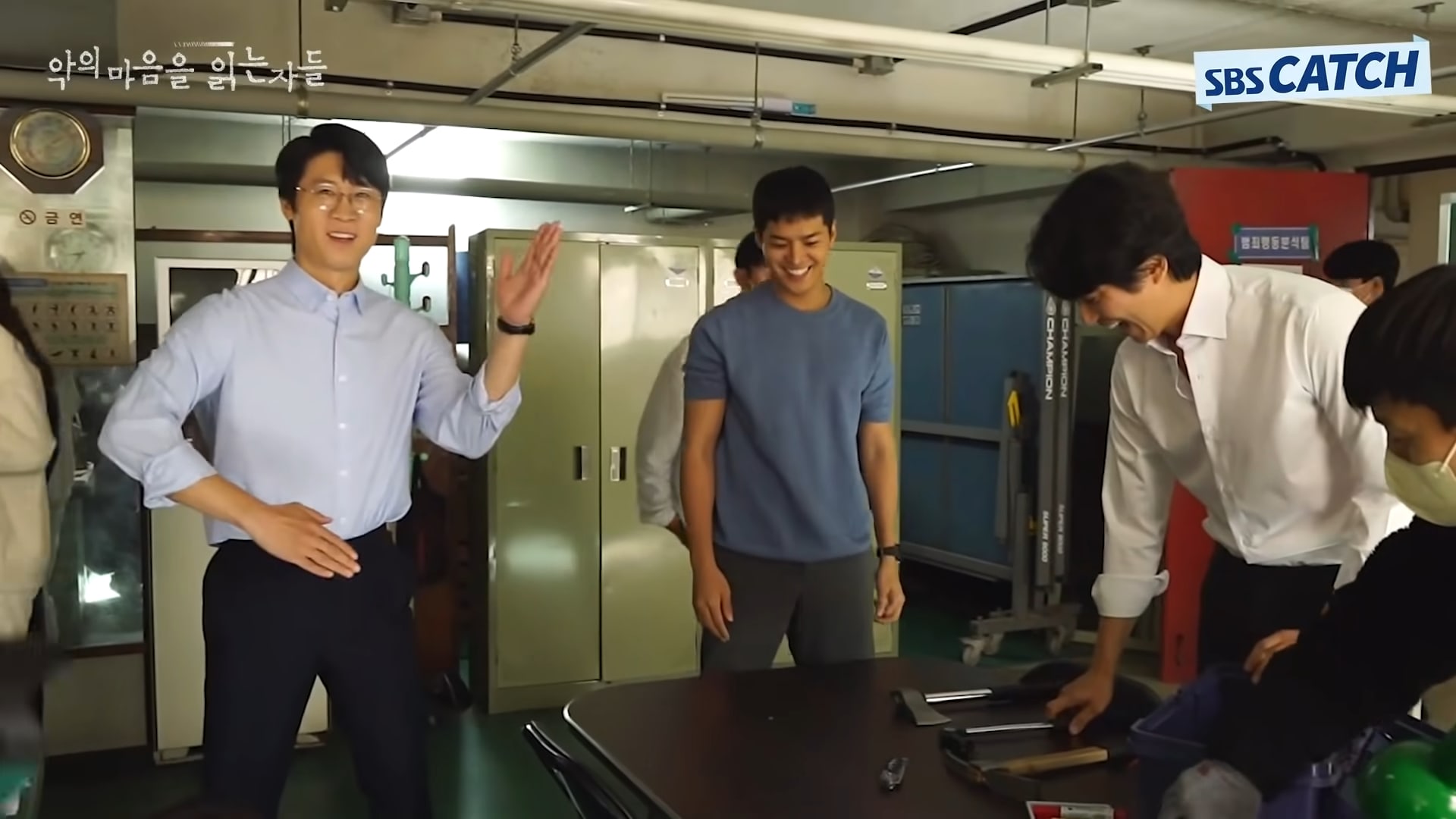 Check out the full video below!

“Through the Darkness” airs every Friday and Saturday at 10 p.m. KST.