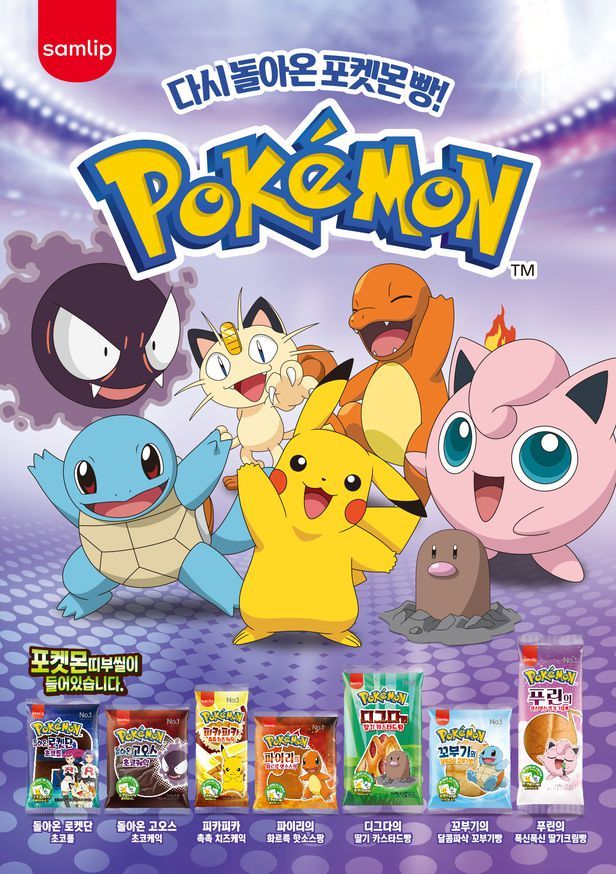 No matter where you are in the world, there is always going to be something that’s taking your country by storm and has become a must-have for everyone. Yet, in South Korea, one item that has become a number one trending item for citizens and idols alike is none other than “Pokémon Bread.”

Back in the 1990s, the Pokémon Bread first gained popularity, but it wasn’t for the actual food item. Alongside the bread roll, there were character-engraved stickers that children would be eager to collect.

Fast forward to 2022, and SPC Samlip Corporation reintroduced the product at the start of the month. It’s already gained huge popularity. The company even said it had sold 1.5 million of the products, which is six times more than the first week of sales of the company’s average for a new product.

Well, it seems as if the trend has spread to idols as many have shared their desire and difficulty in finding the elusive products.

One of the first idols to share their love for the product was none other than EXO‘s Kai. The idol made EXO-Ls laugh when he shared that after spending five days looking for the product, he got the last one in a store but was disappointed with his pull.

can i still get a refund? pic.twitter.com/EJiWNbjHOA

On March 8, BTS‘s RM also joined in on the trend by sharing the fact he had to go to eight different convenience stores just to find the Pokémon Bread, and that he rightly wanted them to sell more considering it was so difficult to find them.

Even TXT‘s Soobin shared his experiences with the product on Weverse. In his posts, the idol explained how excited he was about the idea but that he couldn’t find them anywhere because they’d all sold out.

When a MOA shared the price a sticker could go for, he also joked about commercialization in children.

Yet, many others have also shared their desire to and reactions to finding the bread. MONSTA X‘s Joohoney made it to Korean media after finally pulling the highly-anticipated Charizard sticker.

PENTAGON‘s Jinho joked he had to buy cotton buds to avoid embarrassment for just buying the bread, GOT7‘s Youngjae pulled a Mewtwo sticker, and NCT‘s Shotaro showed off his pulls to fans.

But why are they so desired, and why are stickers being sold for ₩50,000 KRW (about $40.50 USD)? Well, it could be compared to K-Pop and photocards. Although most netizens will look at the albums and listen to the CDs a few times, many want those desired photocards and will spend a lot of money to find their bias and some of the rarest ones.

Also, Pokémon has always been popular worldwide and it seems like the world is going through a love of all things retro and nostalgic. Most netizens would remember watching the Pokémon show and collecting the cards during their childhood, so seeing them again would bring back a lot of nostalgia.

It seems like idols finally understand the pain of being a K-Pop fan as they spend time and money trying to collect their favorite Pokémon characters. Considering how awesome the product looks, it isn’t surprising that the popularity is rising, and hopefully, it might start to spread worldwide.