A Couple Got Engaged At Eric Nam’s Concert, And His Reaction Was Priceless : Entertainment Daily 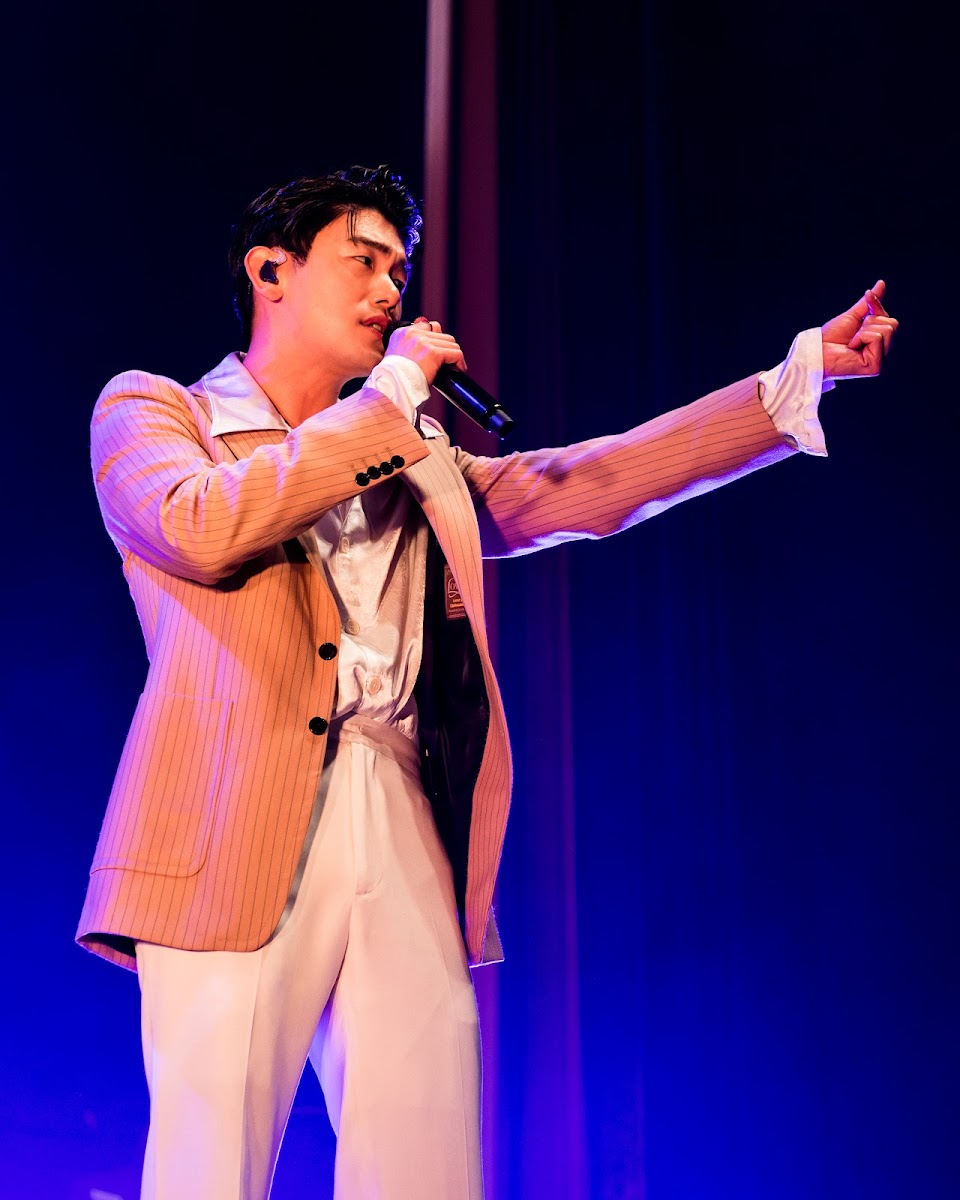 There are two things that many of us dream of during our lives: seeing our favorite artist in concert and getting engaged to the one we love. For one person, both happened in one evening.

Dalani (@dalani_love on Twitter) was excited to see solo artist Eric Nam at his hometown show in Atlanta, Georgia, at The Eastern during his 2022 There And Back Again World Tour…

Going to a concert alone can make one anxious. Yet, she also was suspicious that her boyfriend might propose at the show. So, she sought advice from fellow Nam Nation through their fan club Facebook group. She asked if she should get her nails done and also how to respond… What if she didn’t actually want to get married yet?

I have a sneaking suspicion that my bf may propose to me at the Atlanta show…should i get my nails done or something?
but if he does, how do i say no because that’s like RIGHT in front of THEE eric nam..

Some suggested alternative responses rather than a simple “yes” or “no.”

On the other hand, most were very supportive whatever the outcome. No matter what, though, the obvious answer was that Dalani should be getting her nails done!

Dalani had teased that she contemplated saying “no” in response to her boyfriend’s potential proposal but confirmed it was just a joke. Without a doubt, she would say “yes!”

edit: y’all’s answers are making me laugh so hard ! if he does end up proposing of course i’m saying yes lmaooo

And, just as was suspected, her boyfriend, John Partridge (@amazing_burrito on Twitter), proposed during the concert. He couldn’t have selected a better song to propose during too.

Eric Nam was singing “Love Die Young,” one of his most heartfelt and touching songs, and the venue was filled with lights as fans held their lit phones up. Suddenly, the crowd erupted even louder than before as they realized someone had just been proposed to!

For a moment, the spotlight was off Eric as the crowd cheered for the happy couple who just got engaged!

After performing, Eric Nam addressed the audience and pointed to John, asking, “Did you just propose?”

John confirmed that he had. So, Eric Nam was curious if the two were truly engaged.

This guy just proposed! And did she say, ‘Yes?’

Eric’s reaction couldn’t have been sweeter. He even referenced Beyoncé‘s hit song “Single Ladies (Put a Ring on It).”

Aww!!! He put a ring on it! Congratulations.

He then asked them their names so he could announce to the whole crowd, “Y’all, Dalani and John just got engaged! Congratulations!”

Eric walked away from the two before confessing that the moment made him emotional.

Wow, I almost teared up and so I had to look away…

He laughed it off before revealing another confession. As he sang “Love Die Young,” he was concerned when he heard the loud reactions from the crowd and worried that someone had passed out.

Thankfully, no one passed out at the Atlanta show! Instead, a couple got engaged.

Naturally, the heartwarming moment has been circulating on social media, with videos going viral.

Dalani has shared more of the experience in detail, responding to other fans’ posts. She admitted that the performance had so entranced her that she didn’t even realize John was proposing at first despite him being down on one knee!

i was so into the song, i had no idea this man was down on one knee LMAOOO

She, of course, also had to share an update to the fan club Facebook group that previously advised her. Dalani recounted the best night of her life…

Eric’s concert last night was one of the best nights of my life ! The live vocals, the dancing, the ted talks, and the body rolls 👀👀 i thought that nothing could top that ! Then during Love die young, I got tapped on my shoulder. At first i just played it off as someone wanted to get by me or it was an accident. Then, i felt a tug on my shirt from right beside me..i looked down and i saw my boyfriend on one knee… I GOT PROPOSED TO DURING AN ERIC NAM CONCERT?!?! I saïd yes of course !

Now, we want to know, like Dalani, if Eric Nam is available to sing at the wedding?

IM ENGAGED !! Eric Nam’s concert was phenomenal and thank you so much @ericnamofficial for congratulating us…please sing at my wedding !! #ThereAndBackAgainTour pic.twitter.com/1uo08aC33F

Unfortunately, Eric Nam’s 2022 There And Back Again World Tour is soon coming to an end. It’s been a tour filled with many iconic moments that Nam Nation is sure to remember forever, like this sweet engagement.

Near the start of the tour, netizens praised him for his response to a fan nearly fainting. He couldn’t have handled the situation any better, proving he’s not only a true professional but greatly cares for all of his fans.

Eric then went viral for a hilarious interaction with a fan during the audience’s group photo with him. From that, he became an adoptive dad.

Later, he was able to convince a fan’s literal father into letting her stay at the concert longer.

These are just a few of many priceless moments from 2022 There And Back Again World Tour in the U.S. stops. Now, we can’t wait for his upcoming concerts in the UK.

Previous Post
The Sneaky Thing EXO’s Baekhyun Did That Gave NCT’s Haechan Culture Shock, But That Haechan Now Wants To Learn : Entertainment Daily
Next Post
Here’s How The BTS Members Are Counting Down To Their First In-Person Korean Concert In Over Two Years : Entertainment Daily