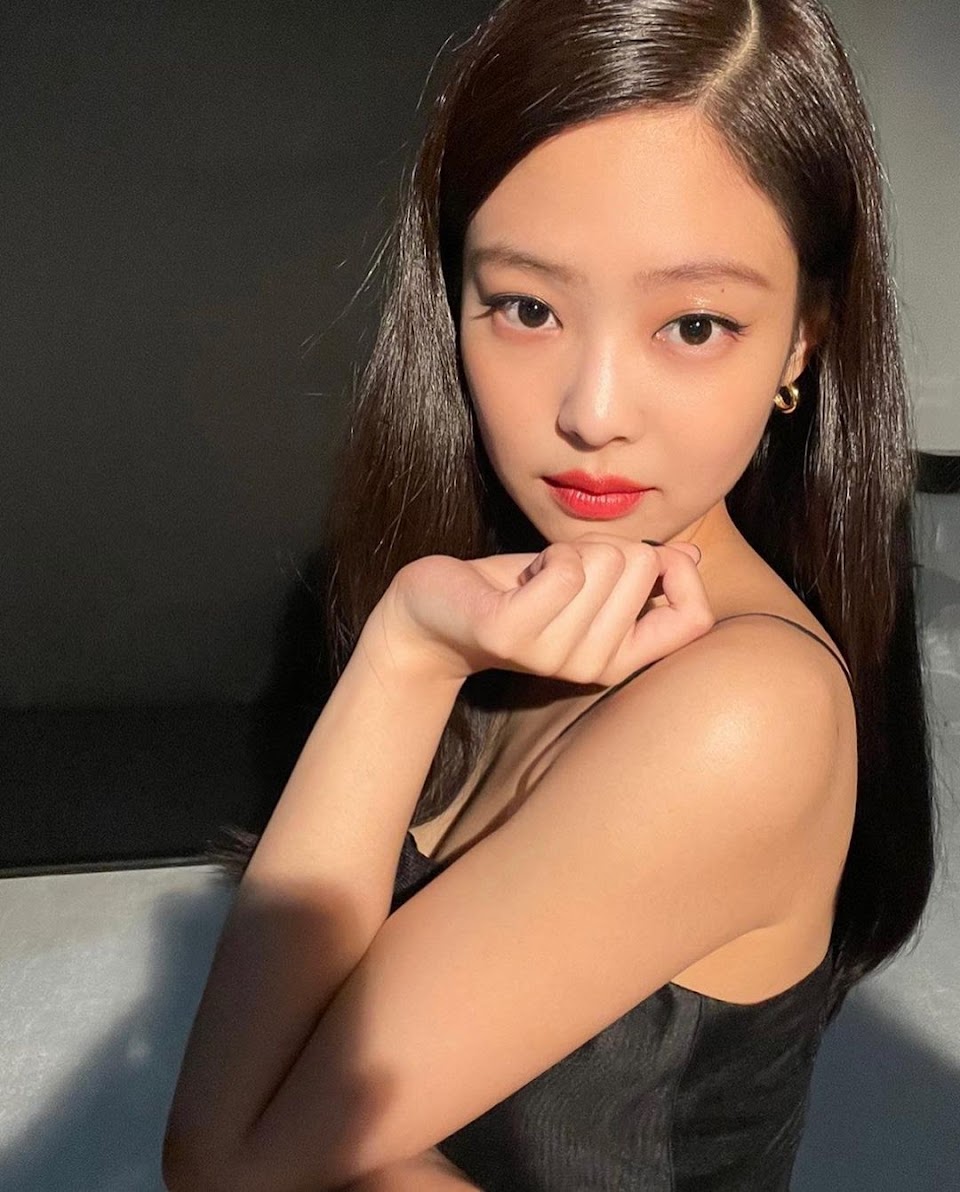 The past week has been an exciting time to be a K-Pop fan. Idols have traveled to Paris, France for the iconic Paris Fashion Week during the past few days. Artists such as GOT7‘s Mark, MAMAMOO‘s Hwasa, and BLACKPINK‘s Jisoo all slayed the city of fashion since arriving.

Yet, the latest idol to capture the hearts of netizens with her style and grace is BLACKPINK’s Jennie.

Back in 2021, Jennie stole the hearts of fans with her iconic looks as Chanel‘s ambassador. From the minute she stepped out of her hotel, fans couldn’t get enough of Jennie’s visuals in a stunning red two-piece combo which you couldn’t help but be in awe of.

Jennie stunned netizens from the minute she left Incheon airport with her dazzling visuals and a classic and sophisticated look.

Fans were waiting outside the venue for a glimpse of Jennie on her way inside for Chanel’s Fall-Winter 2022/23 Ready-to-Wear Show. As expected, as soon as she stepped out of the car, BLINKs went crazy as the idol stunned in a sparkly black number.

Although the choice of outfit was not as bright as last year’s, Jennie looked amazing in a sparkling jacket and bottoms with a more simplistic crop top. In particular, Jennie perfectly finished the look with some platform heels and white socks that created a look that screamed vintage meets modern-day Chanel.

Even in fan taken shots, Jennie look stunning as she waved to fans and made her way inside the beautiful venue for the show.

If Jennie shined as she made her way inside the venue, when she arrived and all the cameras were on her, the idol was really in her element. Despite the dark backdrop blending in with Jennie’s outfit, she managed to shine and it was the small details of the look that really made it pop.

Of course, considering she is the representative for Chanel, it wasn’t surprising that Jennie took the front row for the show next to fellow ambassador and French model Caroline de Maigret.

Of course, as soon as Jennie made her entrance, social media went crazy. Within minutes, the phrase “JENNIE KIM” and the hashtag “#JENNIExCHANELFW22” began trending worldwide, with fans sharing their love for Jennie and her stunning visuals.

Even while leaving the event, the idol looked dazzling as she waved to fans.

Yet, she isn’t the only BLACKPINK member who took fashion week by storm. Earlier in the month, Jisoo shone as she transformed the Dior fashion event into her concert with her visuals and personality.

Like Jisoo, there is no doubt that Jennie has proved her global influence by taking the event by storm. The idol has also cemented her status as a global “IT” girl taking the world by storm.

You can read about more times Jennie has absolutely slayed Paris Fashion Week below.