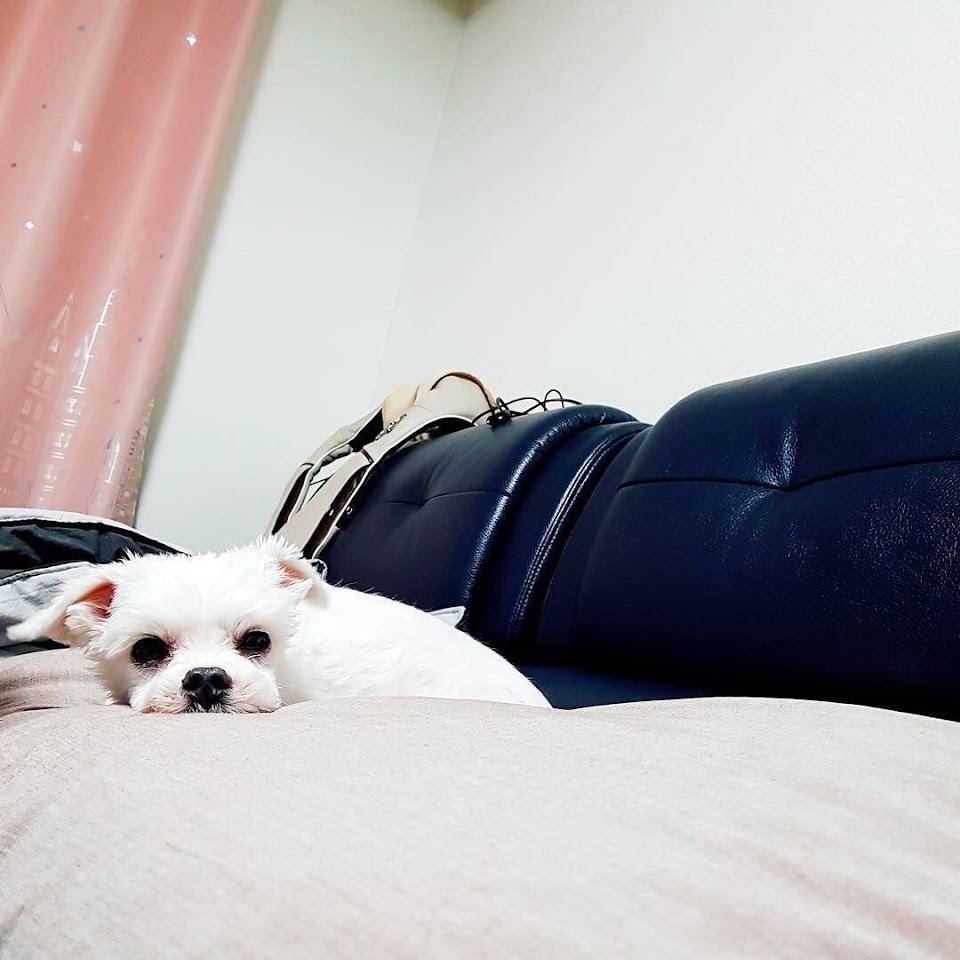 Jungkook has always been a dog-lover. Currently, he’s the proud dog dad of Doberman Bam and two Italian Greyhounds, Peng and Song.

However, his family dog of many years is white Maltese Gureum. Fans would also sometimes refer to him as “Cloudie” as his Korean name translates to “Cloud.”

Jungkook’s older brother Jeon Jung Hyun shared the news of Gureum’s passing on Instagram after fans asked about him. After twenty years, Gureum passed away at the end of 2021.

Gureum-ie passed away around the end of last year. I was so proud of him for holding on till the end while sick to see mom and dad. The 20 years together with Gureum-ie were very happy (to me). I’m leaving this post since there were many asking about his recent condition. Have a good night.

Jung Hyun regularly shared updates on the family dogs. He even has an Instagram Highlight dedicated to them.

ARMYs are devastated to hear the news, knowing the family history. Jungkook previously revealed that Gureum had been an abandoned dog. Since his family adopted Gureum from a rescue shelter, the dog stayed with them and was cared for greatly by Jungkook’s brother.

Not only that, but as Gureum passed at 20 years old, which is admirable for a dog, the majority of Jungkook’s life included Gureum. His earliest memories were with him.

20 years with Gureum that means
Jungkook was only 4 years old
when he met Gureum 🥺 pic.twitter.com/oEjtnxpabl

Even after Jungkook moved and joined BTS, he regularly thought of Gureum and mentioned the adorable dog. As they say, distance makes one’s heart grow fonder, and Jungkook cared deeply for the family dog.

when jungkook mentioned his family in 2020 including the little Gureum. He sees his puppies as real family, as real angels that he always takes care of. Gureum was such a precious puppy that always made Jungkook so happy. pic.twitter.com/xIy203wdsl

Gureum can’t see 😭😭 When dogs get old they start to lose their vision 😭 https://t.co/B6URvMqyJE

Just last year, he and his fellow members spoke about the pains of one’s pets growing older during BTS In the SOOP 2.

🐿 Mickey can’t even see now.
🐰 Gureum can’t see either.
🐹 Jjangu couldn’t see for 2 years too.
🐿 I remember it exactly. At “Mic Drop” recording
🐹 Right
🐥 Yes during “Show Champion.”
🐿 You cried so much. Jin was crying so much. He was bawling. + pic.twitter.com/G4jzB7ezjS

So, ARMYs are paying their respects to Gureum, knowing how hard it is to lose a beloved pet.

jk’s brother posted a story saying that gureum passed away late last year. gureum has been with them for 20 years.

rest well, gureum. thank you for bringing endless joy to your family & to us. please greet them happily & healthily when you meet them again after time has passed pic.twitter.com/duiiJ96iEK

According to Jungkook’s brother, Gureum passed away at the end of last year 🙁 He lived for 20 years with the Jeon family. Rest in peace little Gureum 💜 pic.twitter.com/X6lWbfMtnD

We also offer our sincerest condolences to Jungkook and his family during this time.

Watch a video dedicated to Jungkook and Gureum below: