Get ready for an eventful next episode of “A Business Proposal”!

In the upcoming fourth episode of the drama, the fake couple will celebrate their first anniversary. Even though they aren’t in a real relationship, Kang Tae Mu takes Shin Ha Ri shopping for the occasion at an expensive boutique, where he watches her try on clothes with an appraising eye.

As they spend more time together, Shin Ha Ri starts to see the caring side that Kang Tae Mu hides behind his aloof exterior, and Kang Tae Mu finds himself thinking more and more about Shin Ha Ri. The fake lovers, who are gradually warming up to one another, make a picture-perfect couple as Shin Ha Ri blows out the candle on their anniversary cake with Kang Tae Mu standing affectionately behind her. 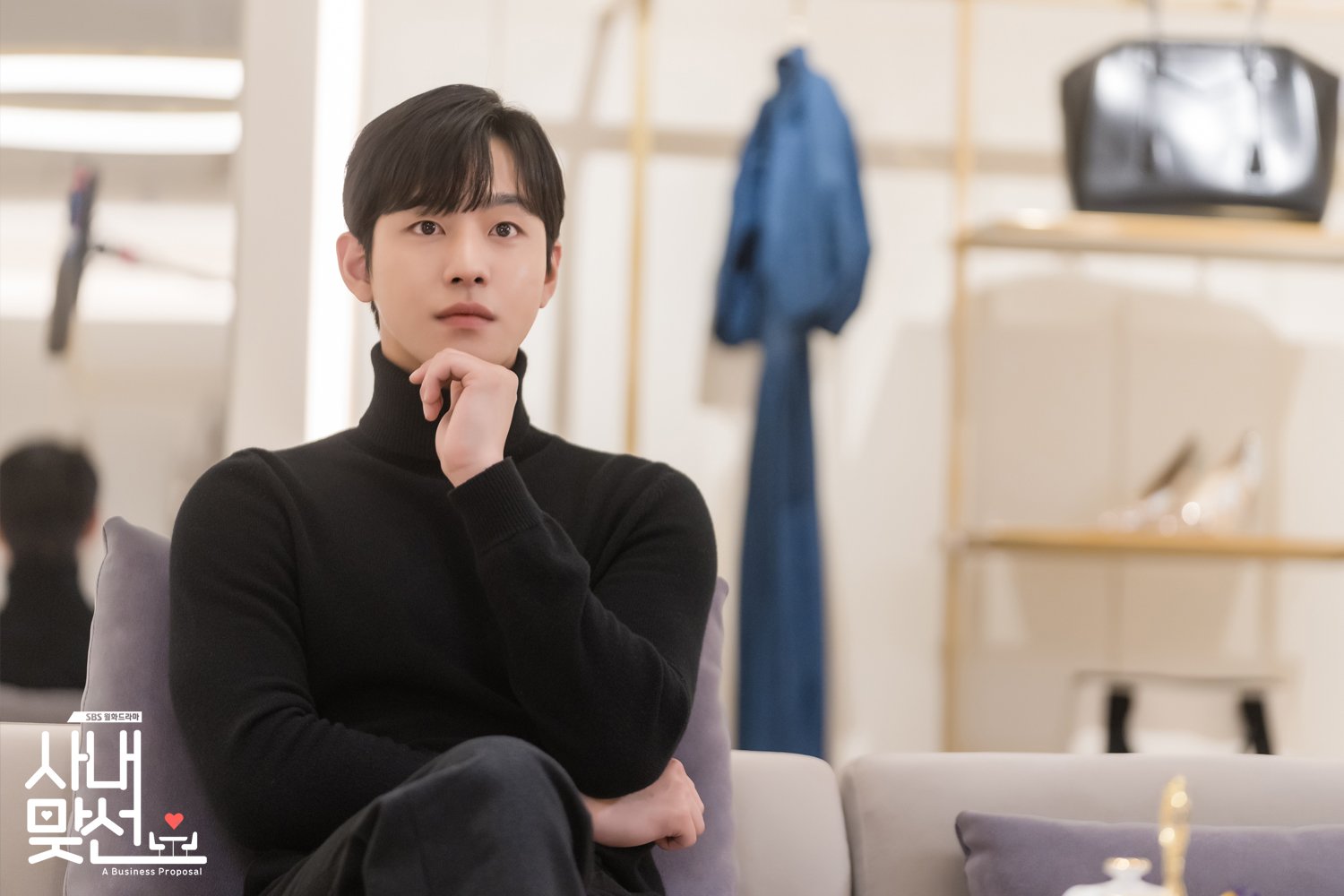 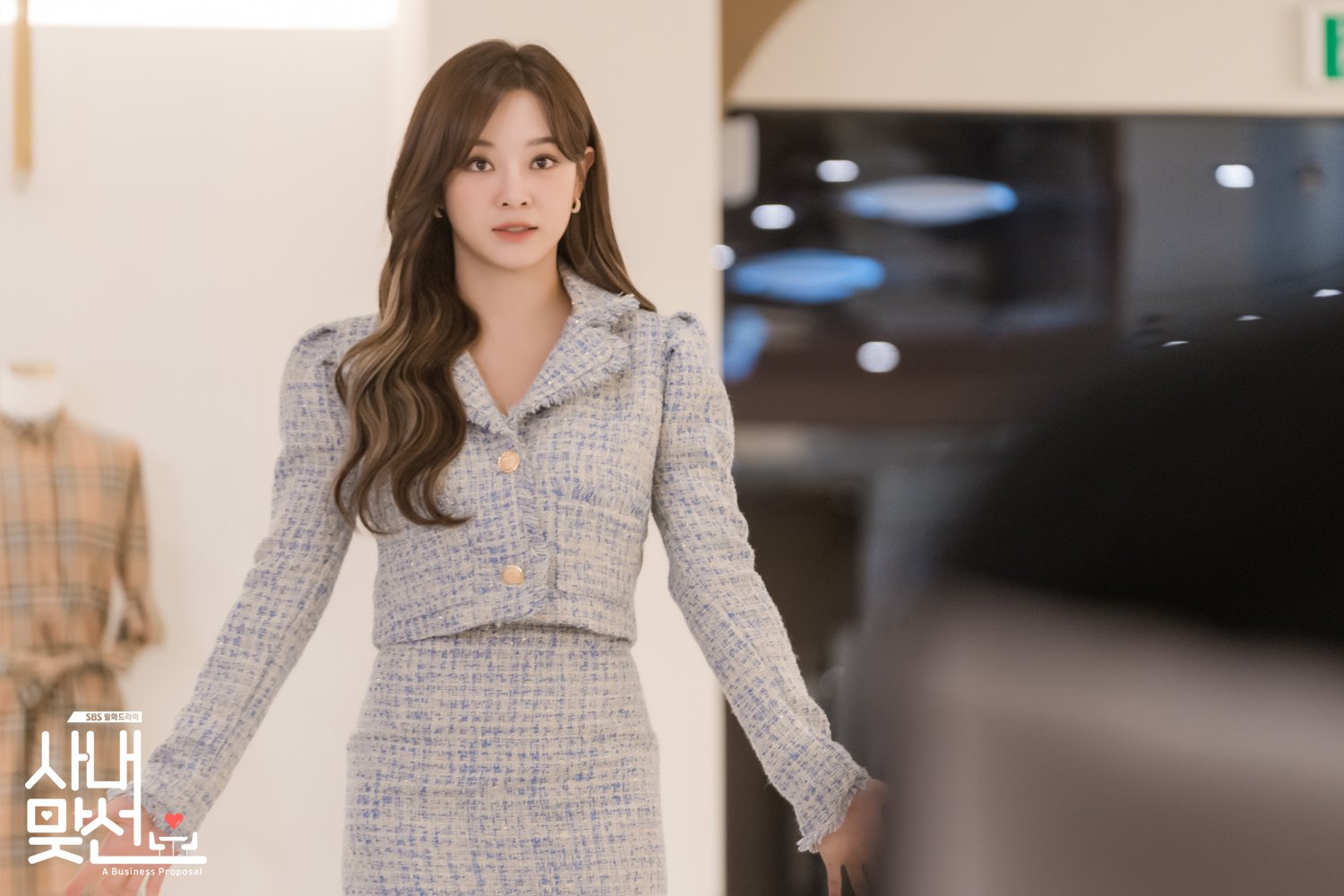 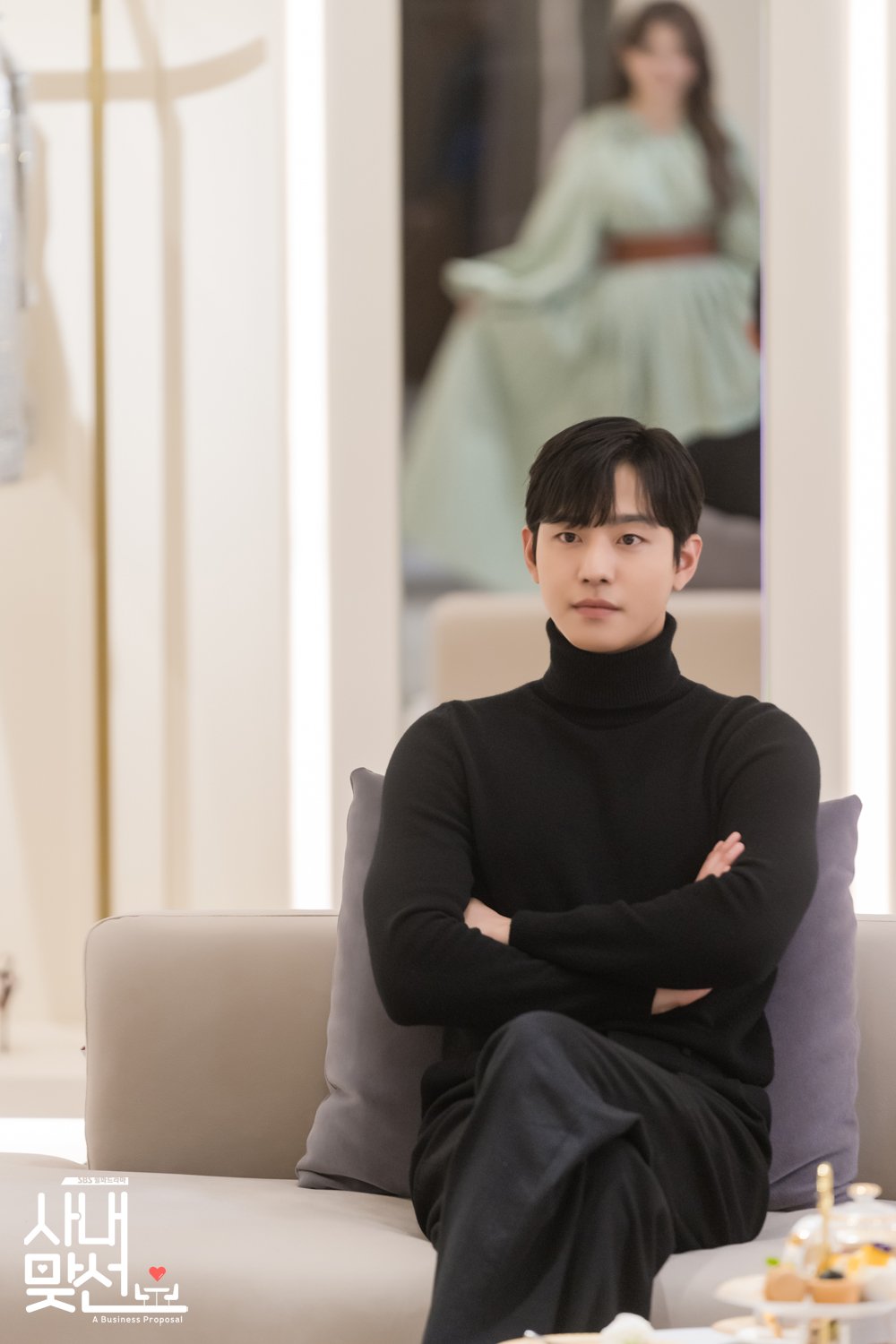 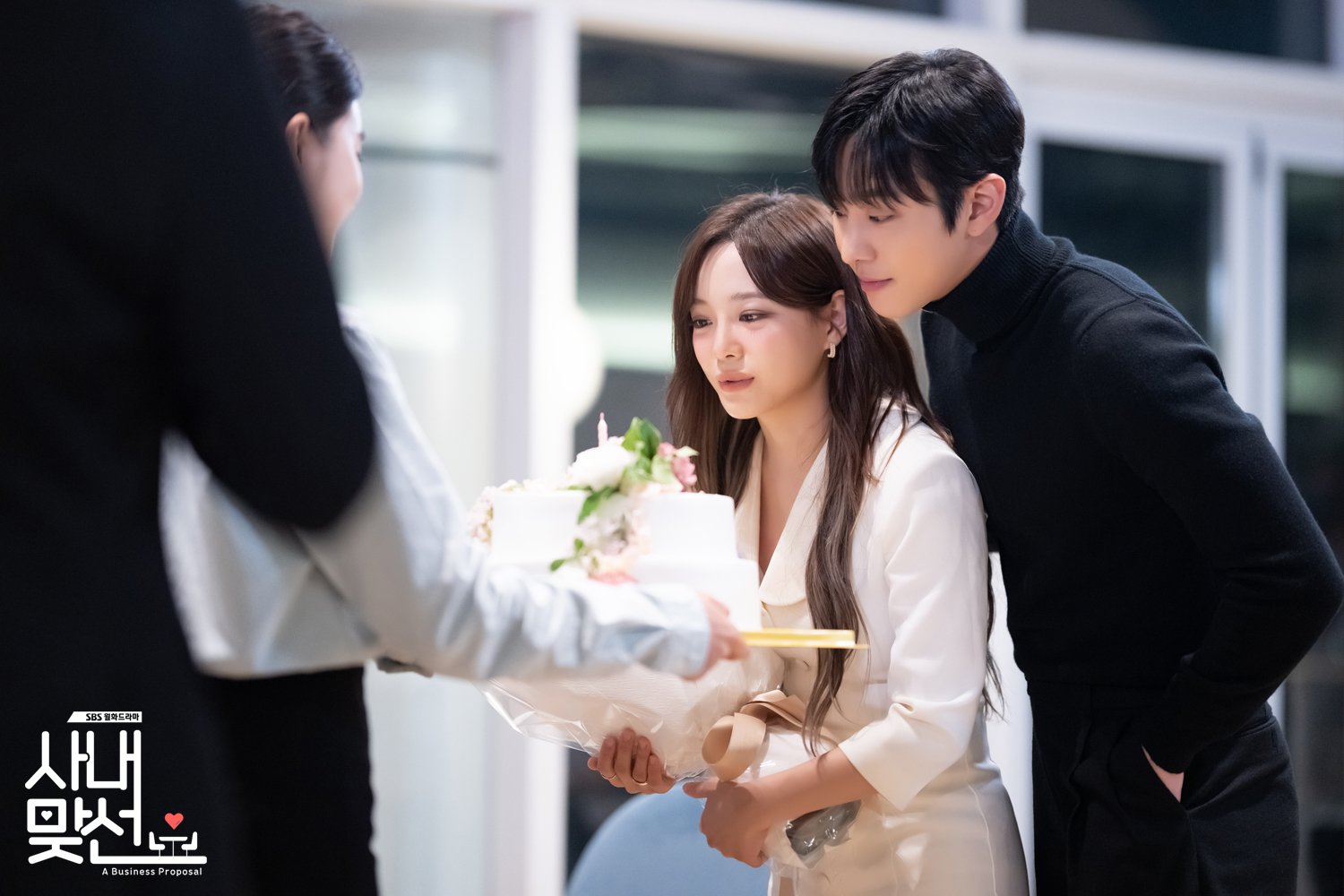 However, there is also trouble ahead for the fake couple: Shin Ha Ri will face a crisis at work when she unexpectedly runs into Kang Da Goo—the chairman of her company—on the job. While Shin Ha Ri initially looks cheerful as she stands together with her fellow food researchers in a cabbage field, she quickly becomes panicked when Kang Da Goo suddenly arrives on the scene, looking pleased as he surveys his employees.

With her true identity at risk of being discovered by Kang Da Goo, the main target of Kang Tae Mu’s fake dating scheme, Shin Ha Ri frantically makes a desperate attempt to hide her face as she hunches awkwardly over a table. 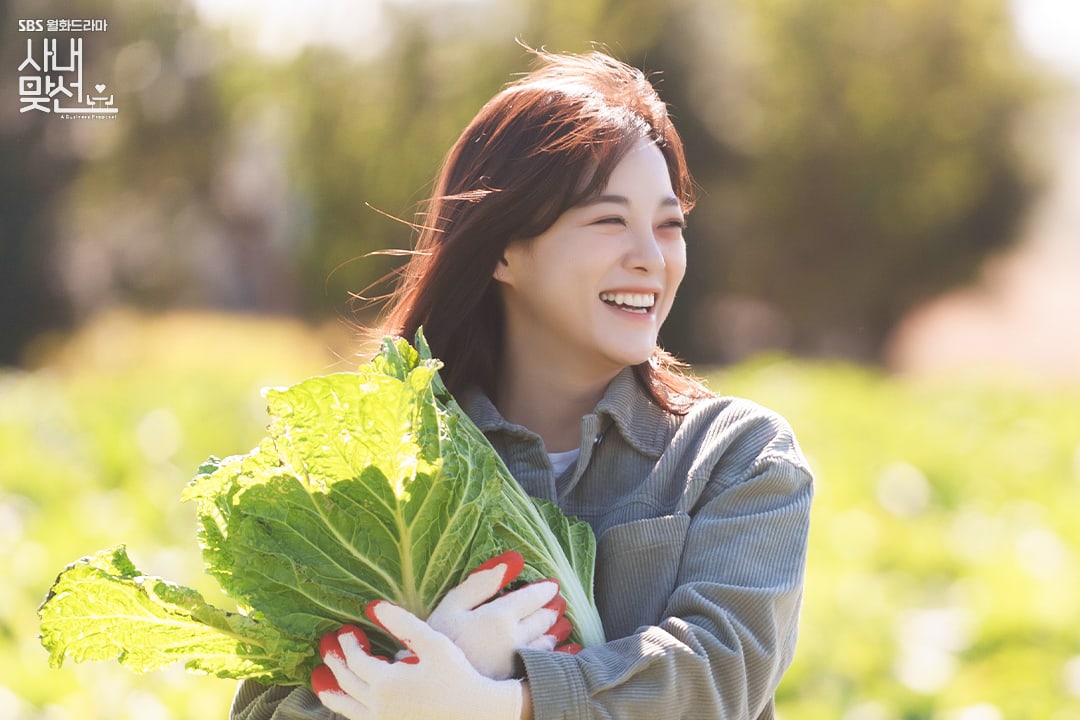 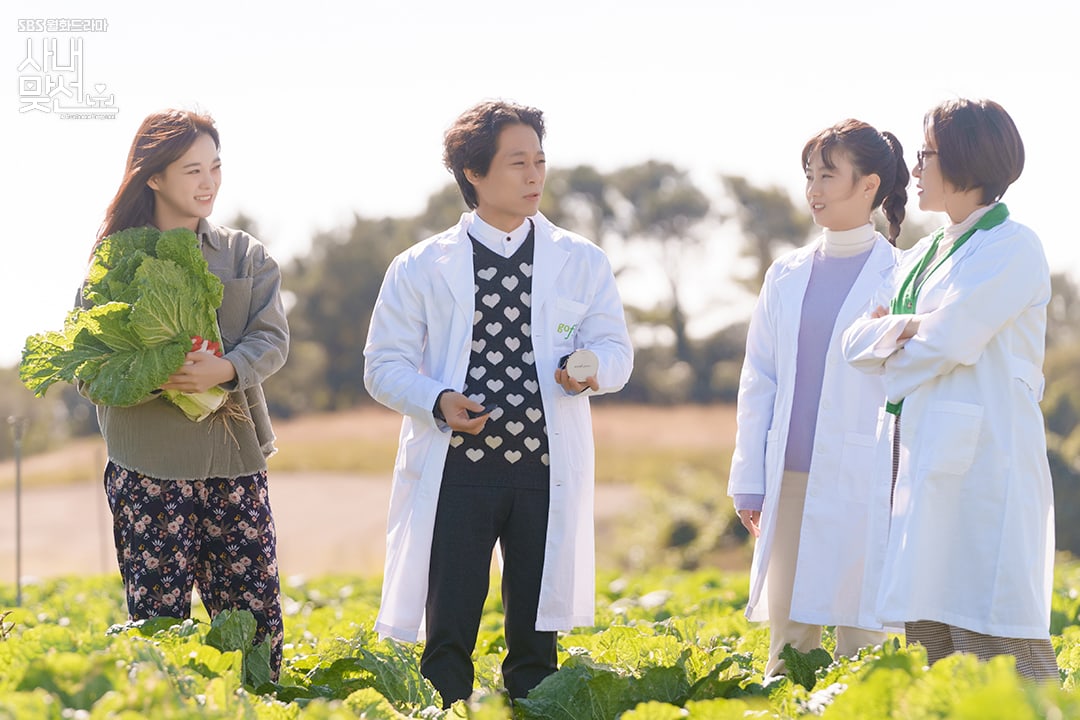 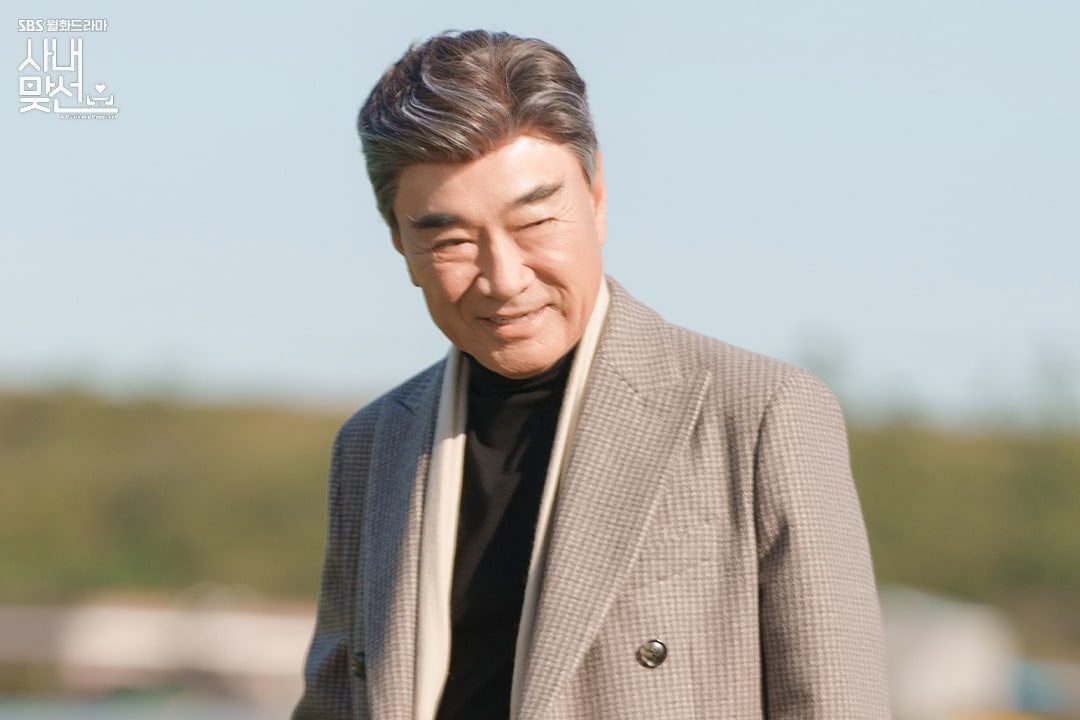 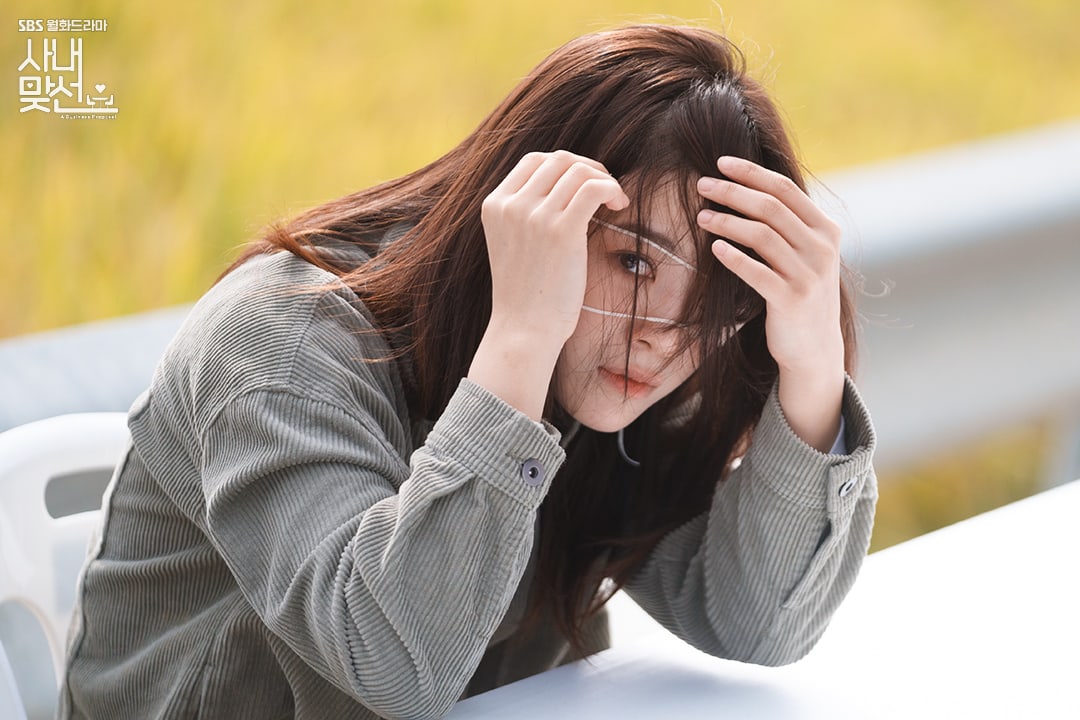 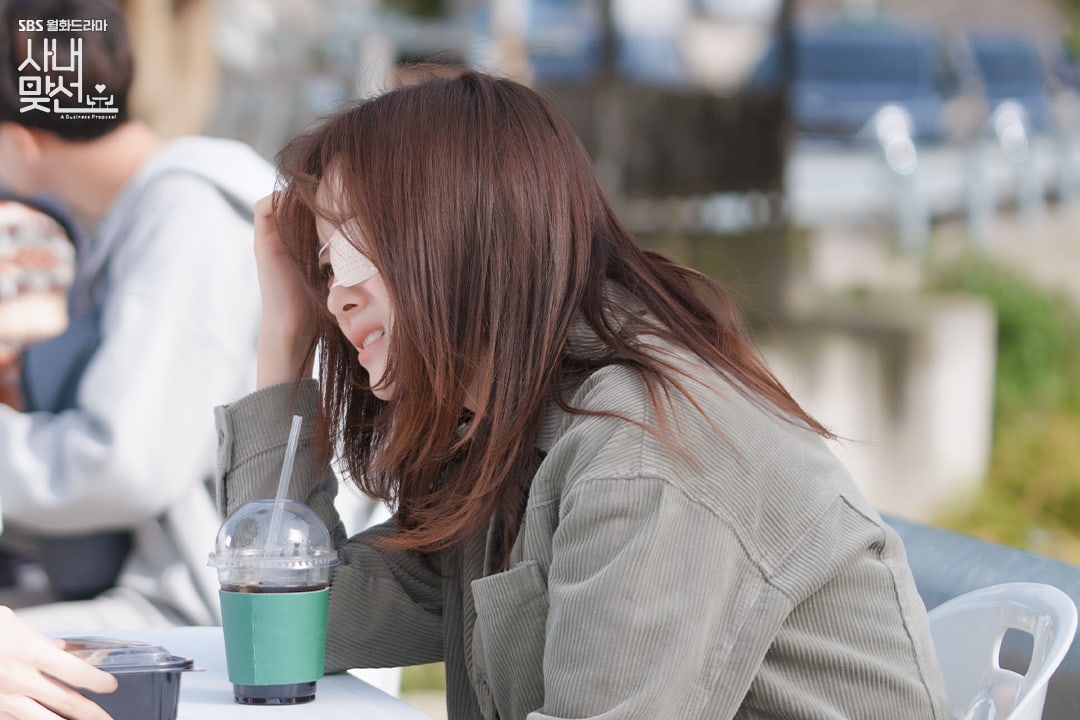 To find out whether Shin Ha Ri manages to successfully avoid getting caught, tune in to the next episode of “A Business Proposal” on March 8 at 10 p.m. KST!

In the meantime, watch Ahn Hyo Seop in “Lovers of the Red Sky” with subtitles below: