ARMY Mistakenly Thought Photos Of Andrew Garfield Were Edited To Make Him Look Like A BTS Fan, But They Were Legit : Entertainment Daily 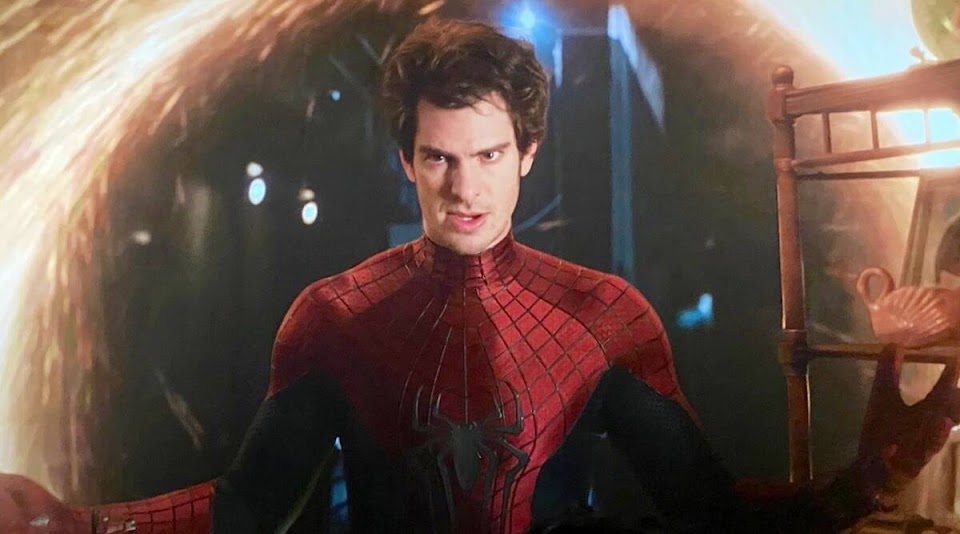 British actor Andrew Garfield has garnered attention from ARMYs due to a bold fashion choice.

The Spider-Man and tick, tick…BOOM! star attended the 2022 Independent Spirit Awards on Sunday. He appeared at the 37th annual event in a bold purple suit jacket along with a light purple button-up.

Naturally, one thing came to mind when ARMYs saw the photos of Andrew Garfield on the carpet ahead of the ceremony: BTS. It’s not just the group’s official fandom color, but it holds special meaning.

Additionally, there’s been a trend on Twitter in which memes and celebrities are “borahaeified,” adding lots of purple and iconic BTS imagery. One account borahae button (@BorahaeifyBot on Twitter) is dedicated to creating these edits and even accepts requests.

One of the most popular edits is to make one’s outfit purple, then add BTS logos, ARMY Bomb, and/or BT21 merchandise.

Considering this, when seeing Andrew Garfield in a bright purple suit (except for the brown pants), one couldn’t help but think he had been “borahaeified.” Many ARMYs confessed that they thought that the pictures were edited.

been on army twt so much i thought this was borahaeified https://t.co/D9LR8Q3Iiw

On mediafilm‘s tweet of Andrew Garfield, the replies are filled with ARMYs admiring his outfit. It was unanimous that everyone initially thought that it was borahae button’s latest edit.

Some still wanted borahae button to edit the now-iconic photo of Andrew Garfield. So, they delivered.

As highly requested, borahae button edited Andrew Garfield by making the suit entirely purple and giving him some much-needed accessories. However, they did add that Garfield had made the job easy this time!

he hit the borahae button himself there wasn’t much left for us to do what can i say https://t.co/7mxpmwLFrr

This actually is not the first time Andrew Garfield was borahaefied. Shortly after the release of Spider-Man: No Way Home, Garfield received two edits…

…and one looks a lot like his recent outfit that it’s no wonder so many ARMYs thought he had been borahaefied again.

He’s not the only Spidey to be borahaefied, of course. Tom Holland has actually been borahaefied multiple times.

While we don’t know Andrew Garfield’s ARMY status, Holland is actually a legit ARMY! And the feeling is certainly mutual as Jungkook is openly a huge fan of Spider-Man and other superhero comic characters. Read more below: