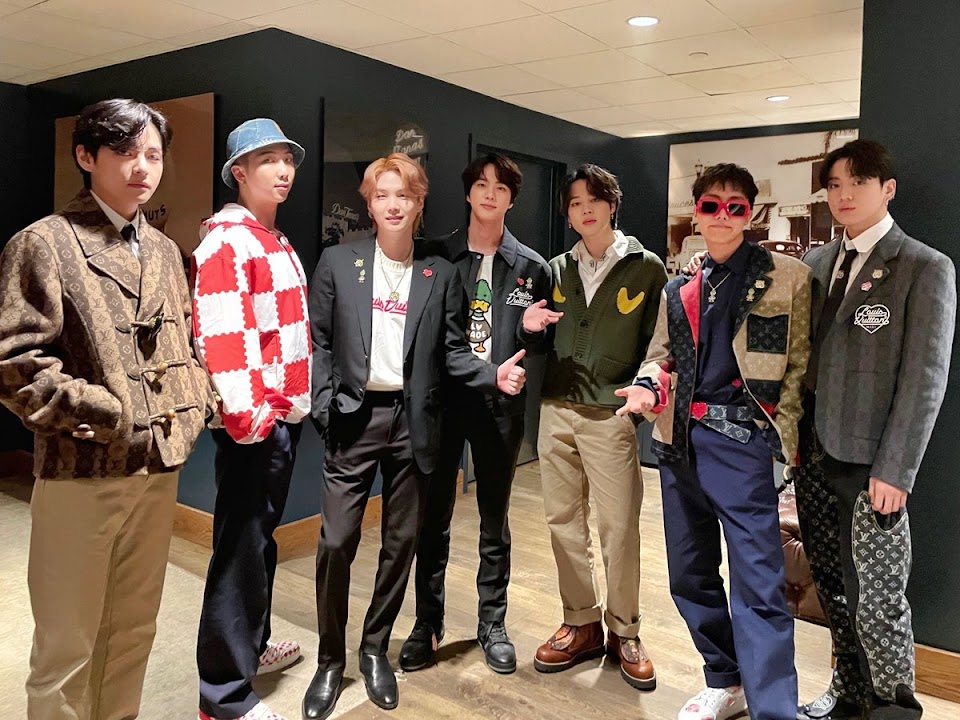 Since debuting in 2013, BTS has gained millions of fans worldwide with their amazing talent, handsome visuals, and charming personalities. Yet, as the group has gained popularity globally, their fanbase has also expanded to celebrities and A-Listers who are all proud to call themselves ARMYs.

Well, it seems like one actor has recently gained attention for his public love of the group, and it’s none other than Ryan Reynolds.

When it comes to actors who are designated K-Pop fans, nobody is probably more loved than actor Ryan Reynolds. Whether it’s being a certified EXO-L…

Or literally becoming besties with Stray Kids‘ leader Bang Chan after their Deadpool-themed performance on Mnet‘s Kingdom, it seems like there is no end to the actor’s love of K-Pop.

It’s here! Thanks for the gift Ryan! The pressies that we sent are on the way too! Hope you like em haha pic.twitter.com/dT4Motwffa

Well, it seems like Ryan is back on K-Pop Twitter, and this time it’s sharing his love for BTS. Ahead of the group’s upcoming PERMISSION TO DANCE ON STAGE shows in Seoul, the members have been treating fans to special photos of themselves, counting down the days until the show.

On March 6, it was the turn of Jimin. As expected, he shared two adorable selfies with the caption, “Wait a little bit (more).”

Of course, it isn’t surprising that these images caused ARMYs to have a meltdown. Alongside his handsome visuals, it’s also the first time he’s posted a selfie since coming out of quarantine and recovering from COVID-19 and surgery.

Well, it seems like Ryan Reynolds also couldn’t get enough of the selfies from Jimin. Eagle-eyed ARMYs noticed that when they went on Ryan Reynold’s official Twitter page, it showed that he’d liked the post from Jimin.

Considering that it’s still there a day later, it definitely means that it wasn’t accidental. Ryan Reynolds proudly continues to showcase his love for the group.

Yet, it isn’t the first time the actor has shown his public love for BTS. Back in May 2019, Ryan Reynolds “liked” one of BTS’s Tweets uploaded by Jungkook, and he even liked the Koreaboo post about the tweet.

ARMYs also posted out the influence of the group and Jimin as many shared that other A-listers like Sharon Stone, Jennifer Anniston, and Jennifer Lopez have all liked Jimin’s content on their official social media accounts in the past few months.

In the past months, Hollywood icons like Sharon Stone, Jennifer Anniston, Jennifer Lopez and Ryan Reynolds all liked Jimin’s content on their official social media accounts.

Hopefully, like other idols, Ryan can eventually meet BTS and once again certify his status as a legendary K-Pop fan. You can read more about Ryan Reynolds being a certified K-Pop stan below.