TXT’s Yeonjun And Soobin Break Down In Tears At Their Concert : Entertainment Daily 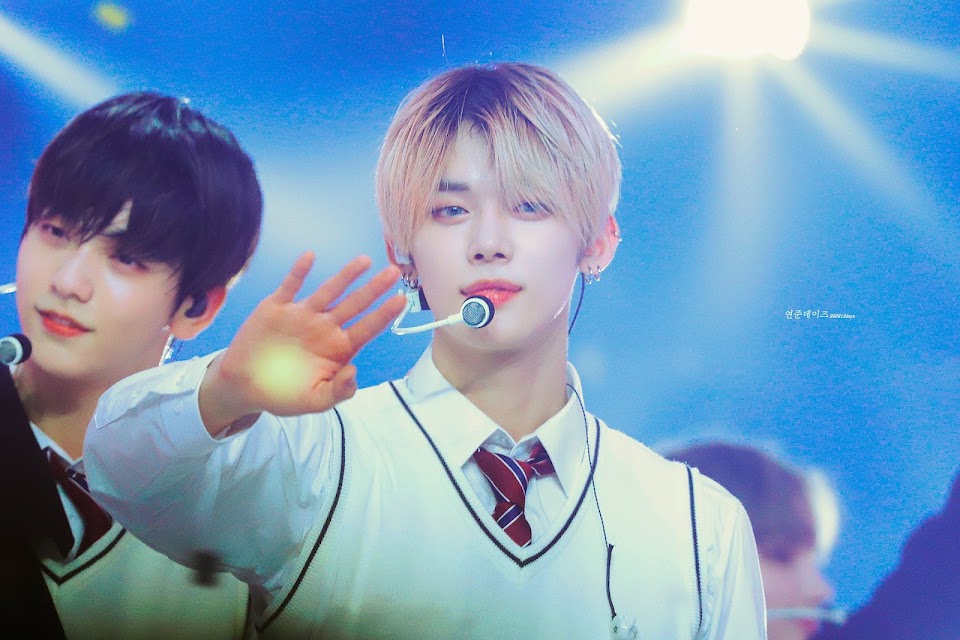 TXT kicked off their two-day 2022 MOA X TOGETHER fan live and soon made everyone emotional when Soobin and Yeonjun broke down in tears.

Although the members had prepared a slogan for everyone to use, that didn’t stop fans from planning a surprise. MOAs had folded up their own slogan to look like paper fans and surprised the members by opening them up. Yeonjun and the rest of the members were shocked at the reveal.

Seeing fans put together and pull off the surprise event so well, Yeonjun couldn’t hold back his tears. Immediately tearing up, he turned around and wiped his eyes.

The members were right by his side as they pat his back to comfort him. Yeonjun wasn’t the only member that was caught up in the moment.

Leader Soobin broke down in tears as well, crying so heavily that he couldn’t speak.

His heart had been touched by seeing a fan crying in the audience. Through his tears, Soobin tried to say, “While singing, I saw someone crying and…”

Beomgyu and Hueningkai didn’t waste any time comforting Soobin, wrapping their arms around his shoulders and patting his back.

Despite his tears, Soobin pulled through to thank precious MOAs for being with them. He said, “Thank you so much for coming today.”

With the fan live being one of the few times they were able to perform for fans in person, it was indeed an emotional moment for everyone.