Nam Joo Hyuk And Kim Tae Ri’s Relationship Is On The Rocks In “Twenty Five, Twenty One” : Entertainment Daily

tvN’s “Twenty Five, Twenty One” has shared a sneak peek of a turbulent moment between Nam Joo Hyuk and Kim Tae Ri from its upcoming episode!

Set in 1998, “Twenty Five, Twenty One” is a drama about two young people who fall in love amidst the aftermath of the IMF crisis. Kim Tae Ri stars as Na Hee Do, an aspiring fencer, while Nam Joo Hyuk stars as Baek Yi Jin, whose family was torn apart due to the financial crisis.

Previously on “Twenty Five, Twenty One,” Na Hee Do and Baek Yi Jin cheered each other on from afar after being separated when Baek Yi Jin moved to the countryside with his younger brother. They went on to share a heartwarming reunion after Baek Yi Jin returned to Seoul as a reporter for UBS, and when Na Hee Do nearly missed competing in the finals for the Asian Games, Baek Yi Jin came to her rescue and made it possible for her to just barely arrive on time.

The newly released stills capture an icy atmosphere between Na Hee Do and Baek Yi Jin, heralding another change in their relationship. The two face each other in the middle of an empty country road. They make eye contact with each other, creating friction in the air. Na Hee Do stares at Baek Yi Jin as if she’s about to burst into tears at any moment, and he looks at her with a calm yet sad expression. 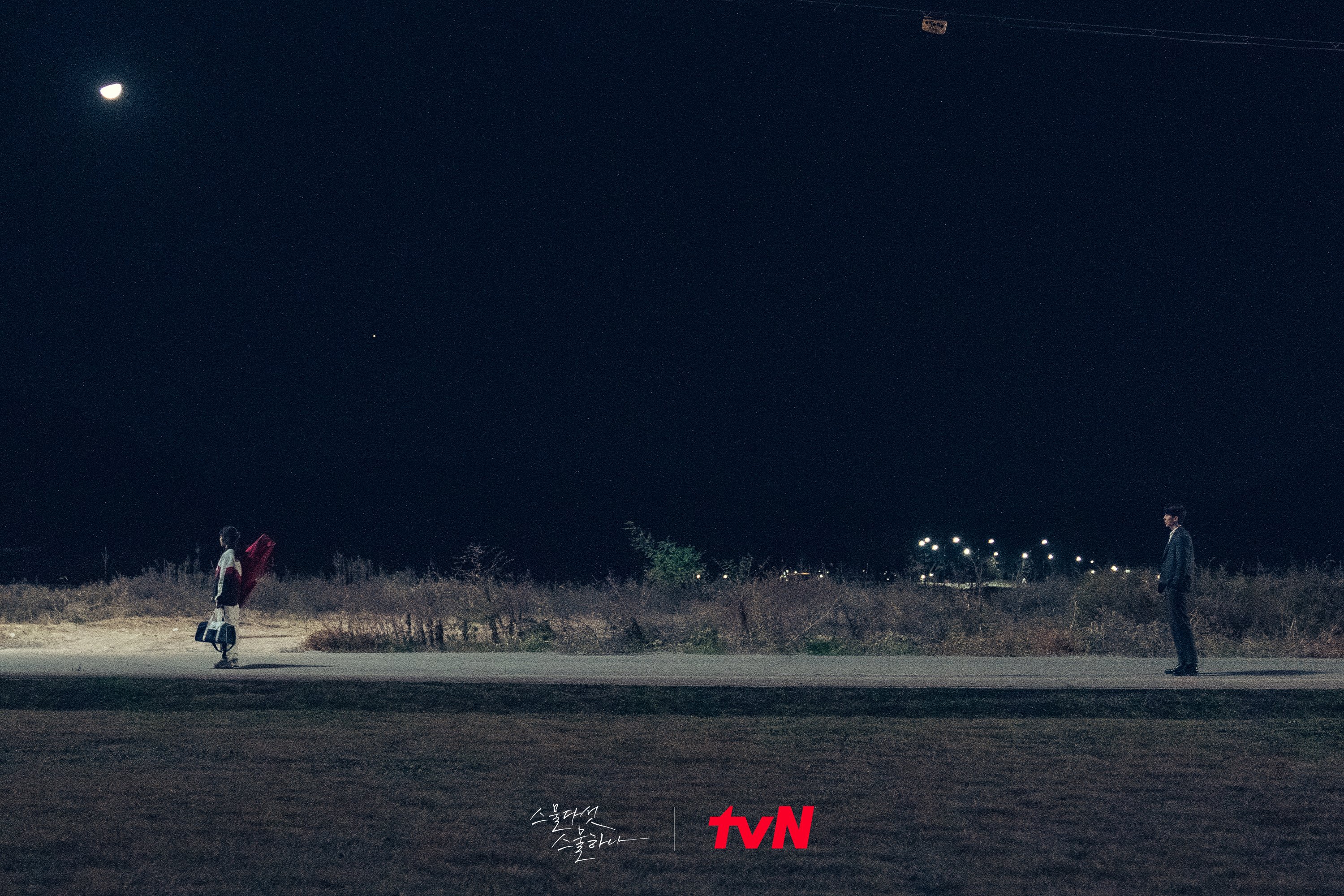 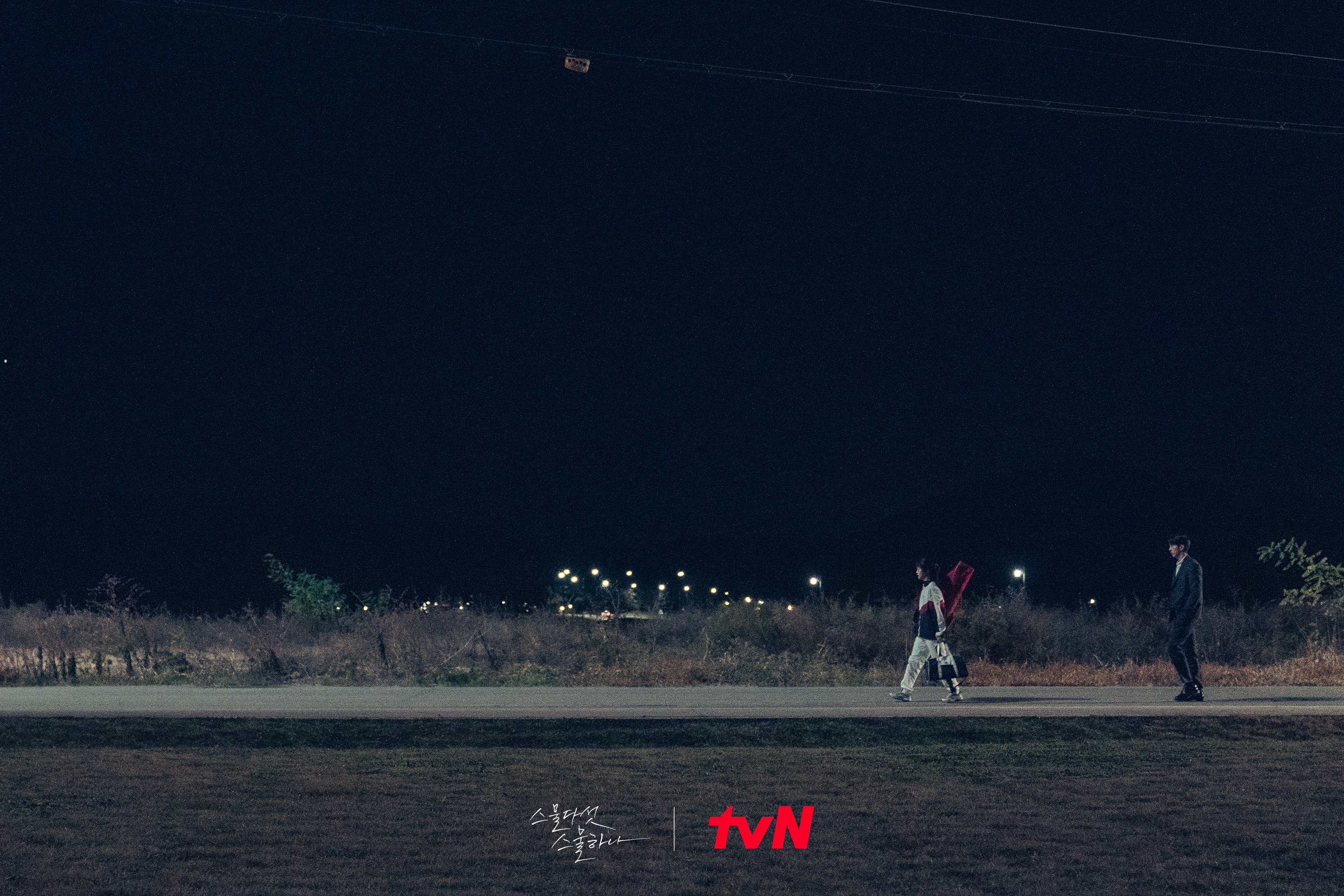 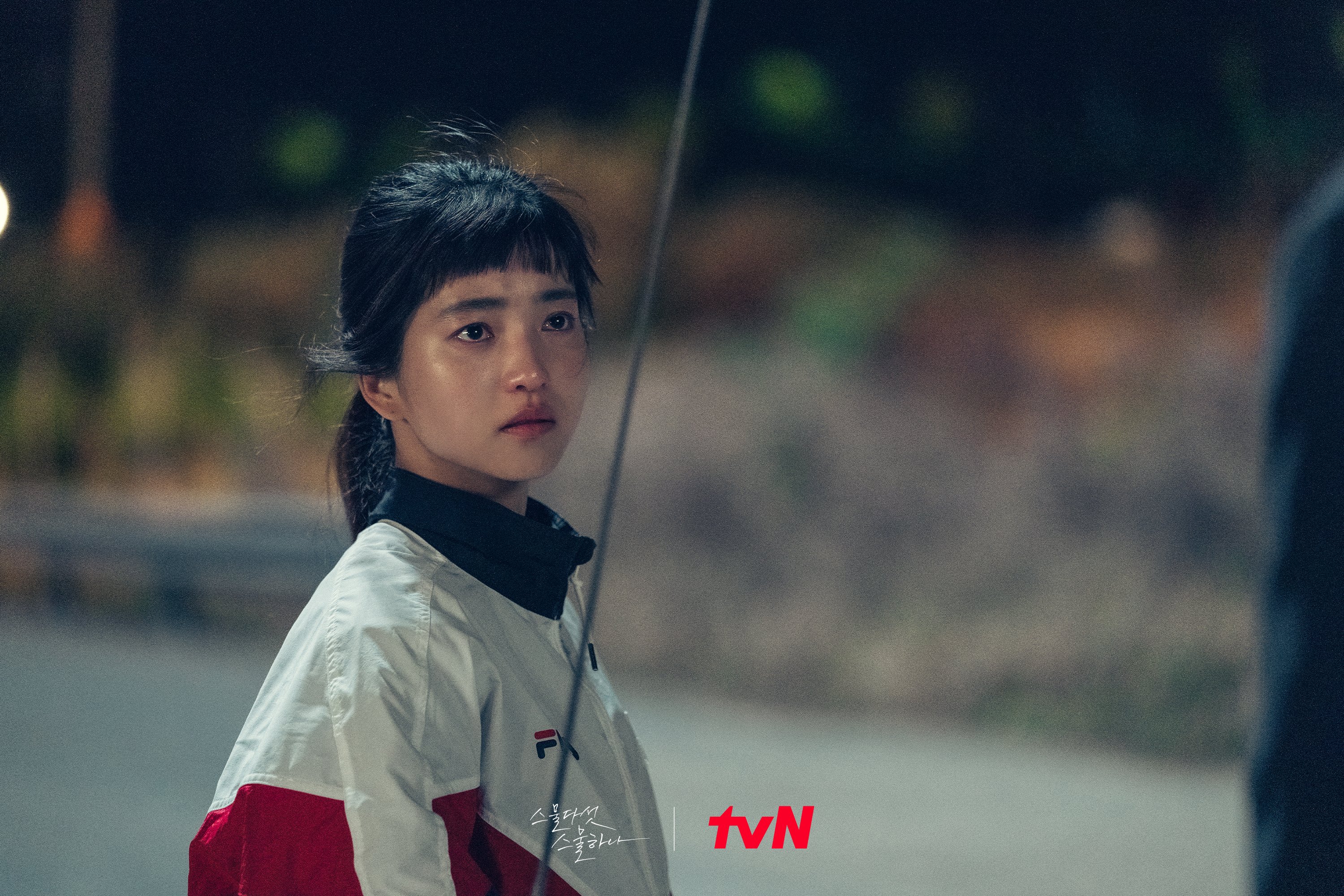 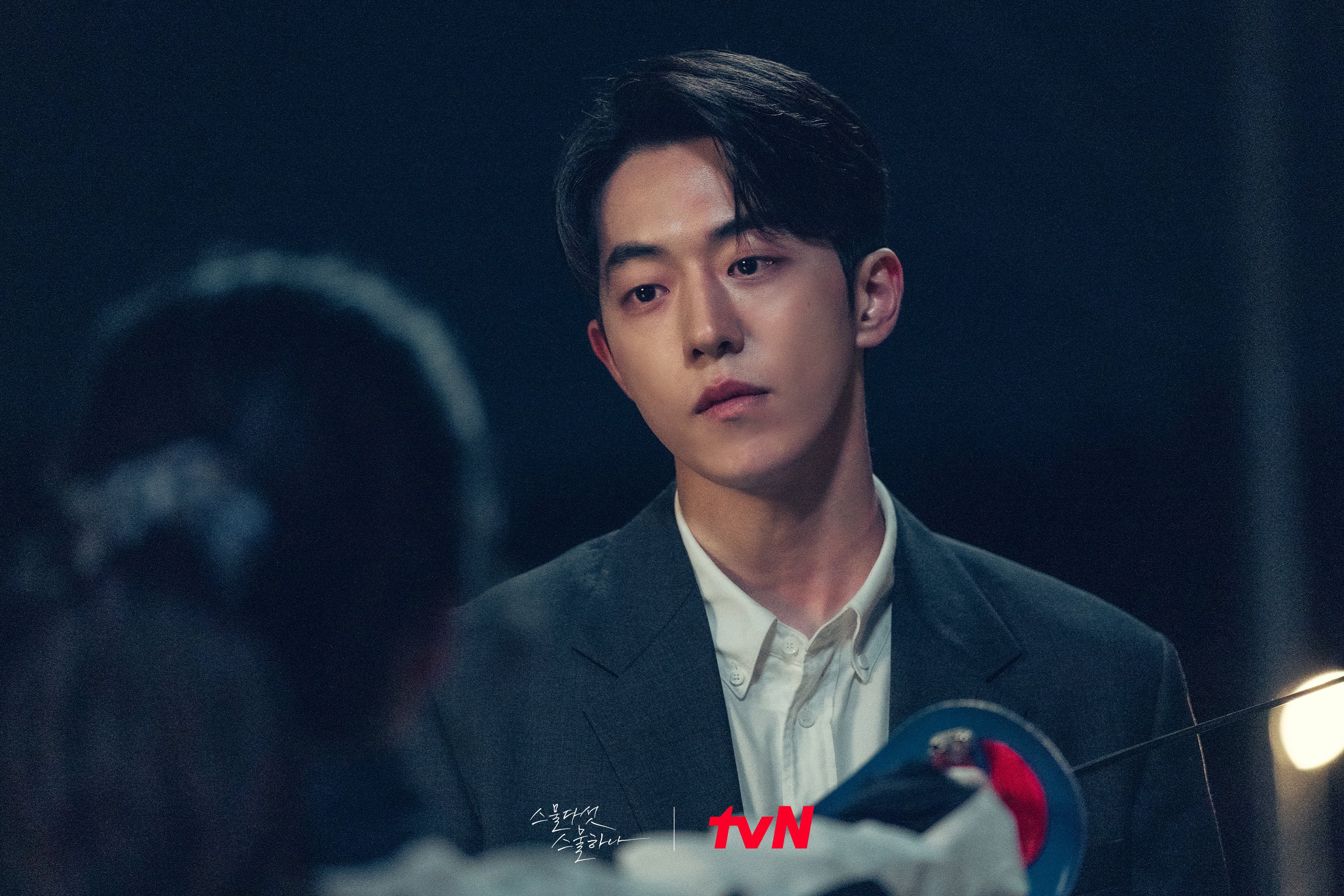 Then Na Hee Do and Baek Yi Jin relentlessly point fencing swords at each other, raising tension to the fullest. Curiosity is mounting over why they suddenly got into a conflict when it seemed like their bond was getting stronger after their unexpected reunion. 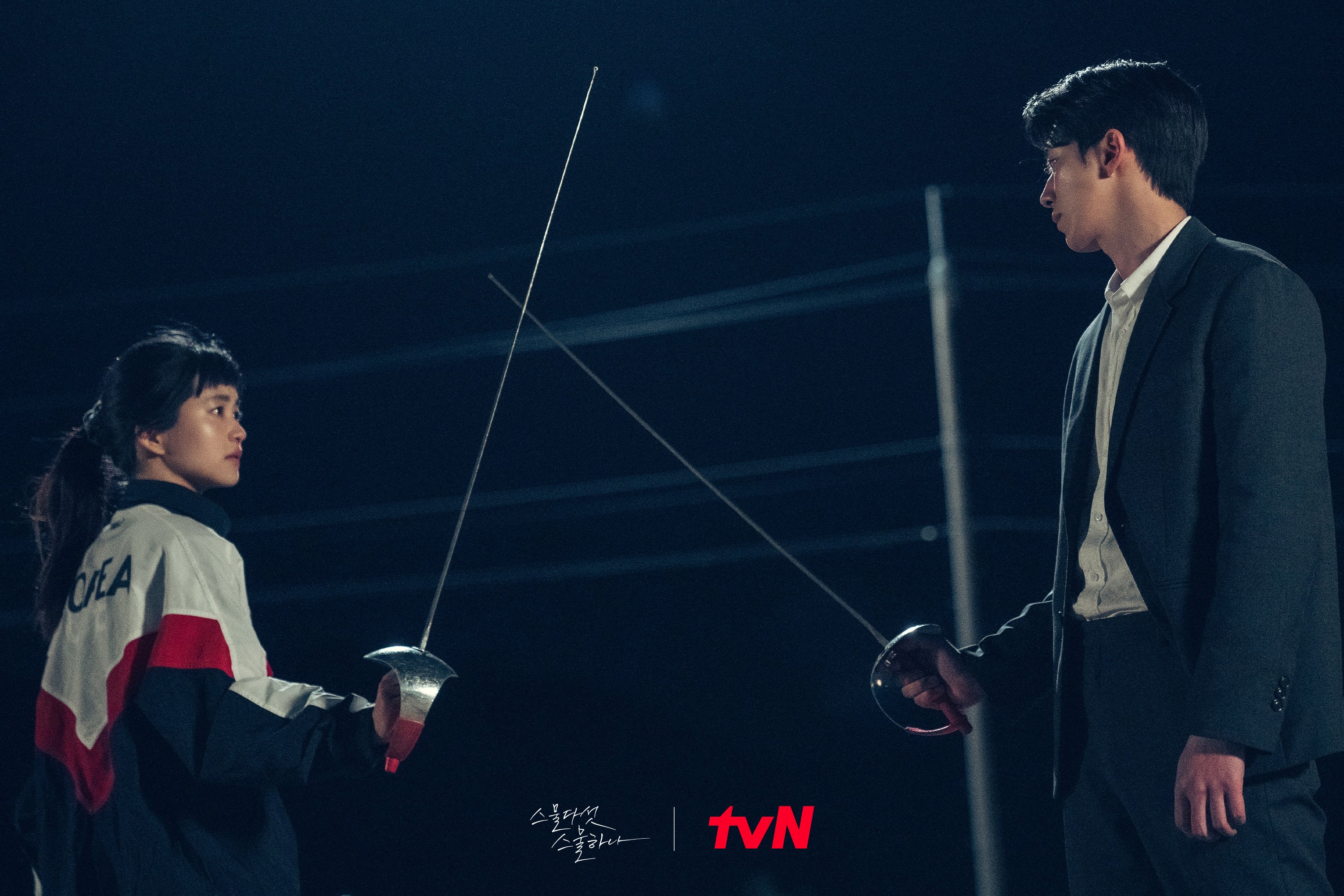 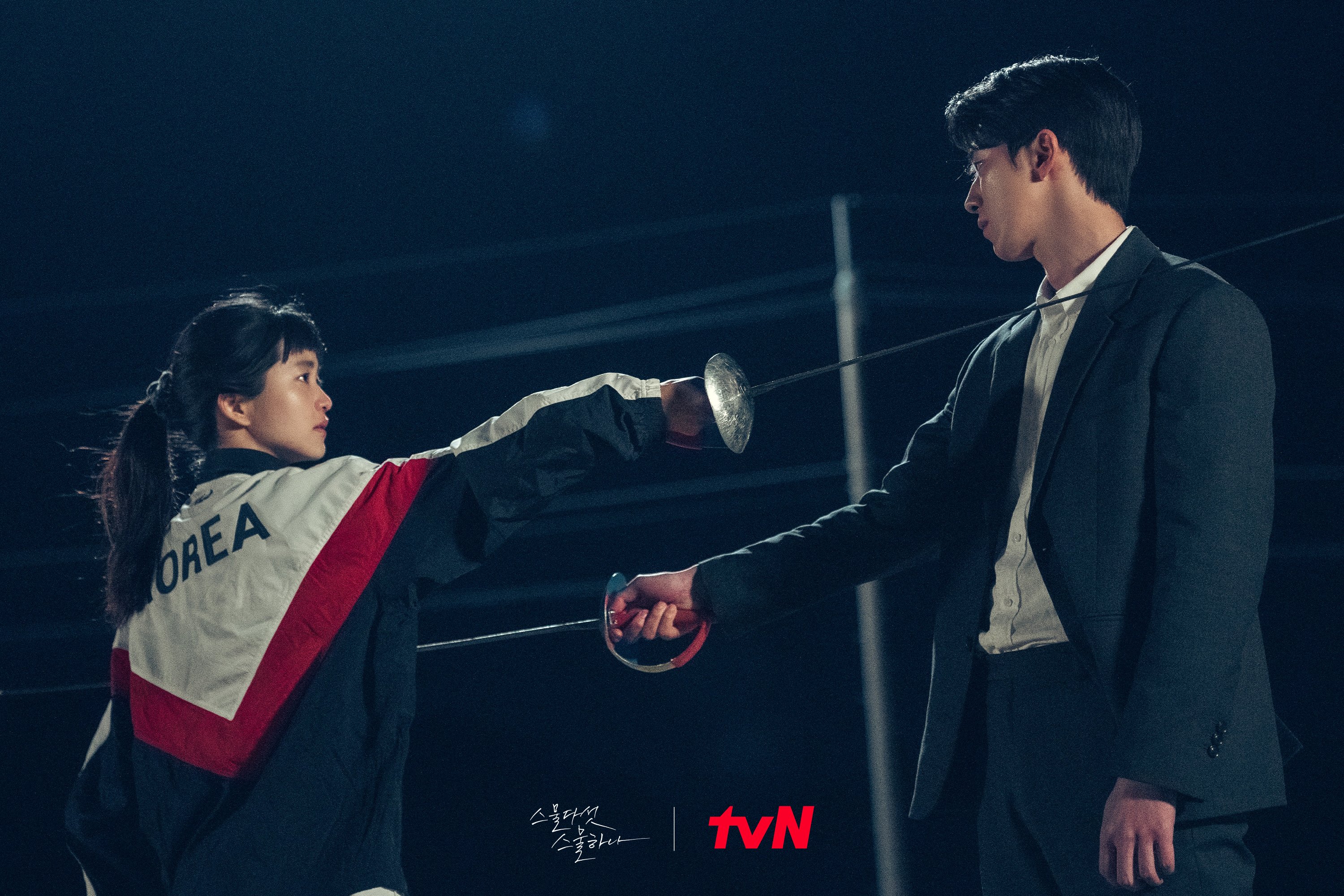 While filming this scene, Kim Tae Ri and Nam Joo Hyuk showcased their extraordinary enthusiasm and strong teamwork by continuously reviewing the script and sharing opinions about the smallest details. Once shooting started, they became immersed in their roles and expressed the tension with shaky eyes, nervous hands, and anxious breathing. Moreover, they practiced the fencing movements several times in order to accurately portray the moment.

Hwa & Dam Pictures commented, “Kim Tae Ri and Nam Joo Hyuk dominated the scene by expressing different emotional performances with excellent concentration. Please check episode 7 to see what kind of unexpected incident the two will face that will cause a conflict [between them].”

In the meantime, watch Nam Joo Hyuk in “Josee” with subtitles below!