Prepare your hearts for the next episode of “Through the Darkness” that will be more tense than ever!

On the previous episode, viewers were horrified by Nam Ki Tae’s (played by Kim Joong Hee’s) merciless killing spree. He kept changing weapons, and he even started attacking women in their homes. Fortunately, Nam Ki Tae was arrested after engaging in a heated physical fight with two men. The episode ended with Song Ha Young entering the interrogation room and Nam Ki Tae giving him a quizzical look while asking, “You’re the one who caught Gu Young Chun (played by Han Jun Woo), right?”

The newly released stills that preview the upcoming episode depict Song Ha Young and Nam Ki Tae sitting across from each other in the interrogation room. In the middle of questioning, Song Ha Young’s expression becomes clouded with perplexity and anger. It will be intriguing to find out what shocking words Nam Ki Tae said that agitated Song Ha Young. 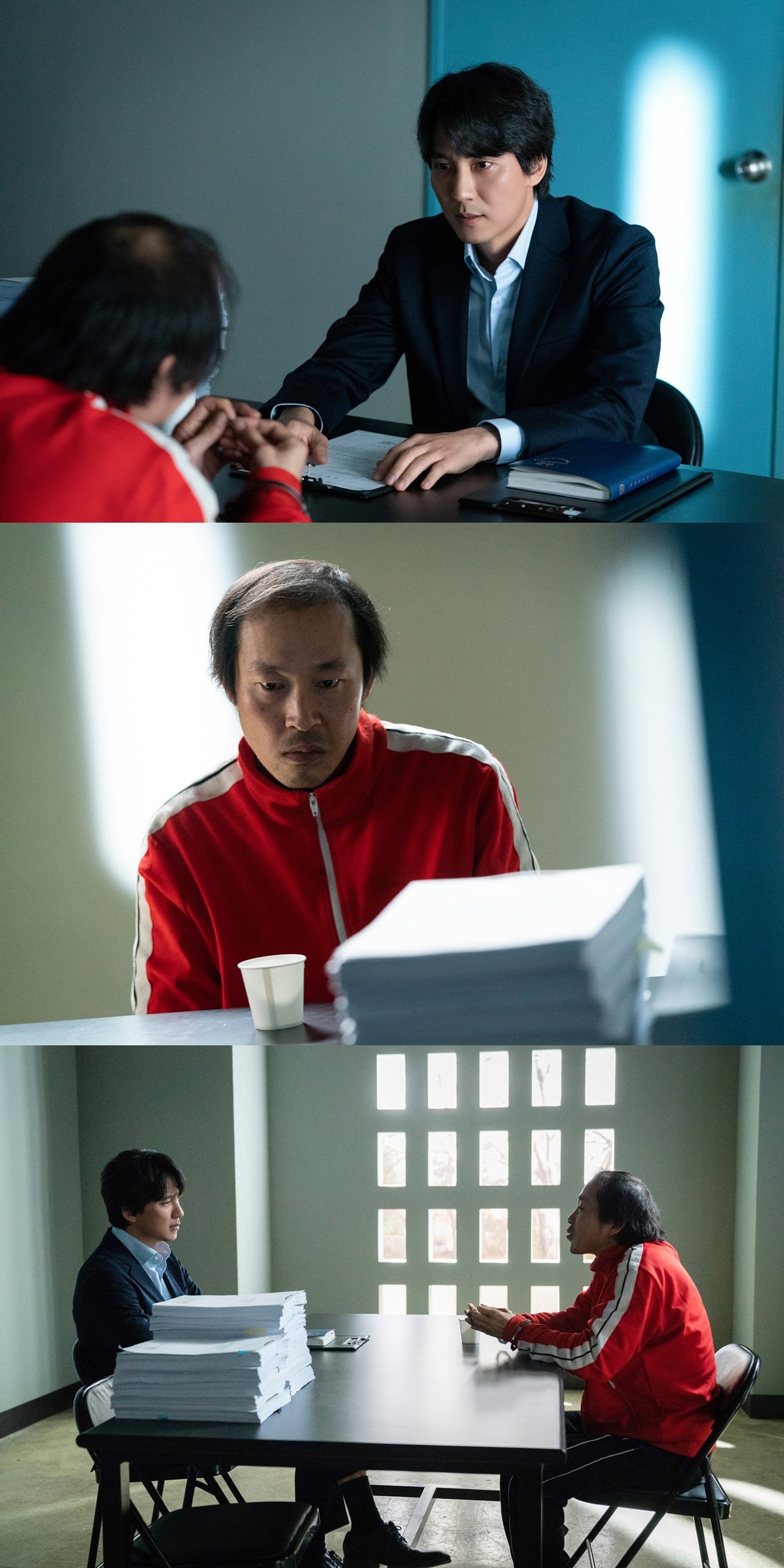 Kim Nam Gil and Kim Joong Hee captured the attention of the staff with their acting skills. Even though it was just the two of them in an enclosed space, they filled the screen with unapproachable energy and aura. Viewers have high expectations about their overwhelming performances.

The producers of “Through the Darkness” remarked, “Song Ha Young’s interview with Nam Ki Tae will provide shock that is close to fear. The serial killer who gave up being human and who cannot even be called a human being will pour out unimaginable words. Please pay attention to what emotions Song Ha Young experiences at that moment and what kind of performances Kim Nam Gil and Kim Joong Hee put on to complete this scene.”

This episode of “Through the Darkness” airs on March 5 at 10 p.m. KST.