Park Seo Joon Reveals Why The Members Of The Wooga Squad Are So Important To Him : Entertainment Daily 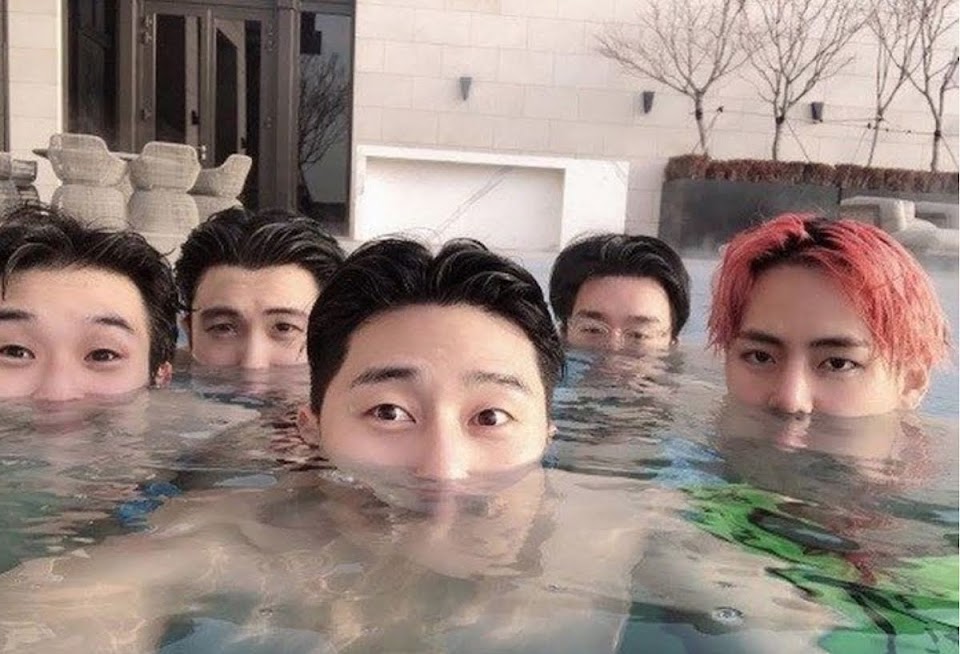 It seems like nowadays, netizens can’t get enough of the interactions between the members of the iconic friendship group, the Wooga Squad. The members include BTS‘s V, Park Hyung Sik, Park Seo Joon, Choi Woo Shik, and Peakboy.

If interactions between the group weren’t enough, the members have been sharing their love for each other through interviews.

Recently, Park Seo Joon spoke to the Guardian about everything from his most iconic roles, his reaction to being contacted to play a role in an upcoming Marvel film, and much more.

In particular, he was asked all about the Wooga Squad and his friendship with all the members. During the interview, he joked that he didn’t actually know where the name came from but it just happened. However, he shared just how important the group was to him.

They are really good friends to me and very comforting.

In particular, he shares that the friendship isn’t just because of their personalities, but the added connection through being in the Korean entertainment industry means that they can provide each other with advice.

Not only do we share the same values, thoughts and perspectives on things but we are in similar industries, and so we are able to share advice.

On the outside, the Wooga Squad looks just like a group of friends who like to have fun with each other…

However, Park Seo Joon explained that it’s more than just that, and like any friendship group, they rely on each other for emotional support. In particular, their shared careers and experiences mean that they can help each other in ways that other people might not be able to.

We try to comfort each other as human beings because what I am going through could be something that the others might go through in the future.

Yet, this isn’t the first time the members of the Wooga Squad have shared this information, and they’ve also showcased it on several occasions. In January, V shared a video on Instagram of him going to the set of Our Beloved Summer to support his bestie Choi Woo Shik. V also sang the OST for it.

Park Hyung Sik shared love for that OST on Instagram by posting an image of the track with the caption, “Our beloved summer…with V.”

There was even the time Park Seo Joon and Choi Woo Shik video called V during the tvN show Summer Vacation.

Even though the group seems to always be having fun, the interview shows just how important their friendship is on a more meaningful level. As always, each of the stars showcases their love for each other and showcases why netizens love their interactions so much.

You can read more about the friendship between the Wooga Squad members below.