New stills from the upcoming drama “Kill Heel” have been released!

“Kill Heel” is a drama about the fierce battle and endless ambition of three women in the world of home shopping networks whose greed only increases the higher they rise. Kim Ha Neul stars as Woo Hyun, who strives to escape her stagnant life by becoming the top show host for UNI Home Shopping. Lee Hye Young stars as Mo Ran, a woman who climbed from her humble beginnings as a clerk to the top as the vice president of UNI Home Shopping. Kim Sung Ryung stars as Ok Sun, a show host at UNI Home Shopping who seems to have the perfect life with her famous politician husband and her adorable son.

The new stills show a glimpse into Mo Ran and Ok Sun’s relationship as well as their difference in attitudes. In the first still, Mo Ran sits in thought as she holds her glasses to her chin and contemplates something deeply. The next picture captures her standing in a restaurant, gazing at someone. While she smiles slightly, Mo Ran seems to exude an aura of intimidation and confidence befitting of her powerful position. 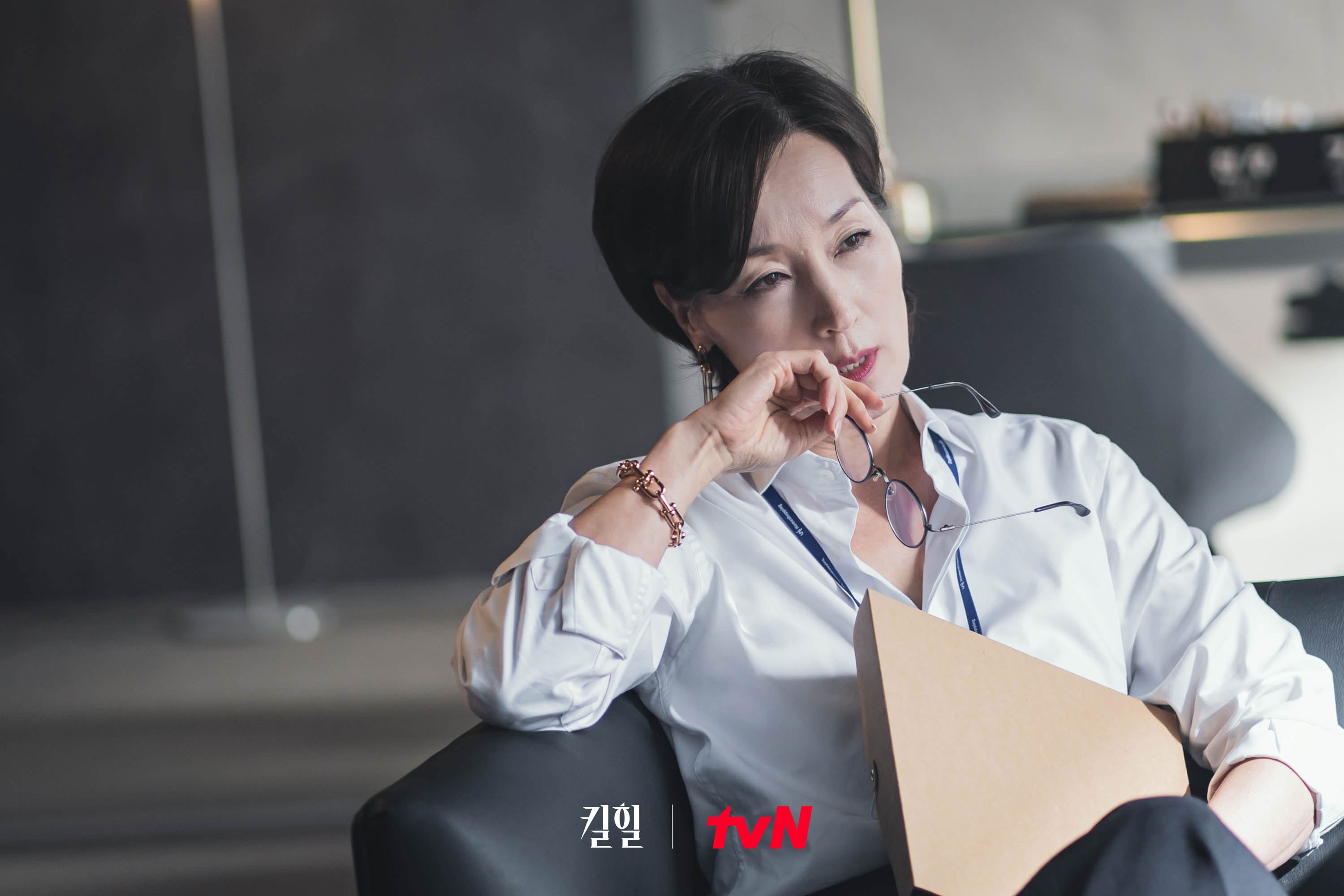 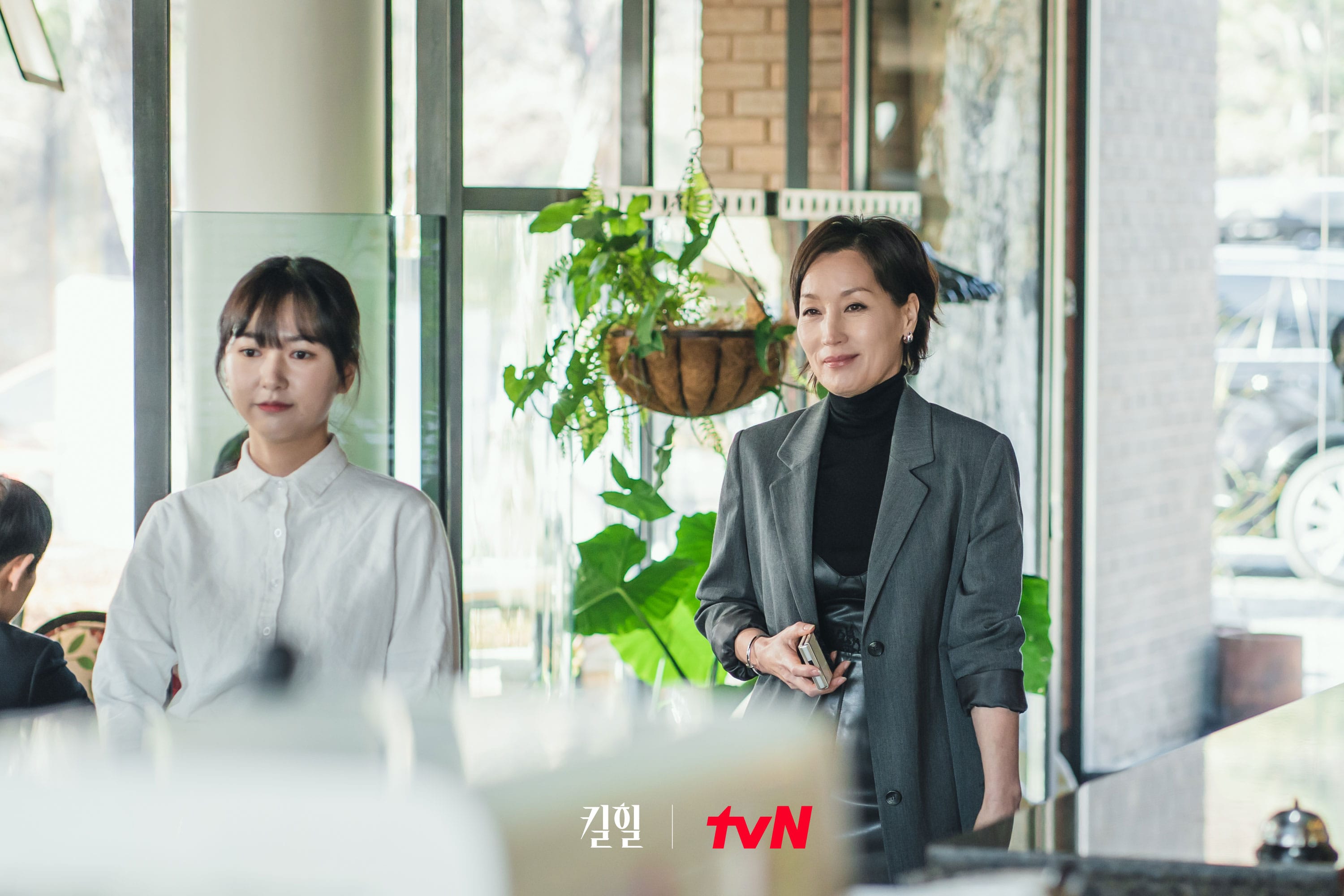 On the other hand, Ok Sun smiles warmly and conveys a more friendly and inviting attitude as she attends a meeting in one photo and as she waits at a restaurant while holding a glass of wine in another photo. Once the characters meet, the atmosphere calms as the two discuss something deeply. Despite their different personalities, the characters have known each other since their school days and are very close. How their relationship will change as their desires to succeed grow is a point to anticipate in the show. 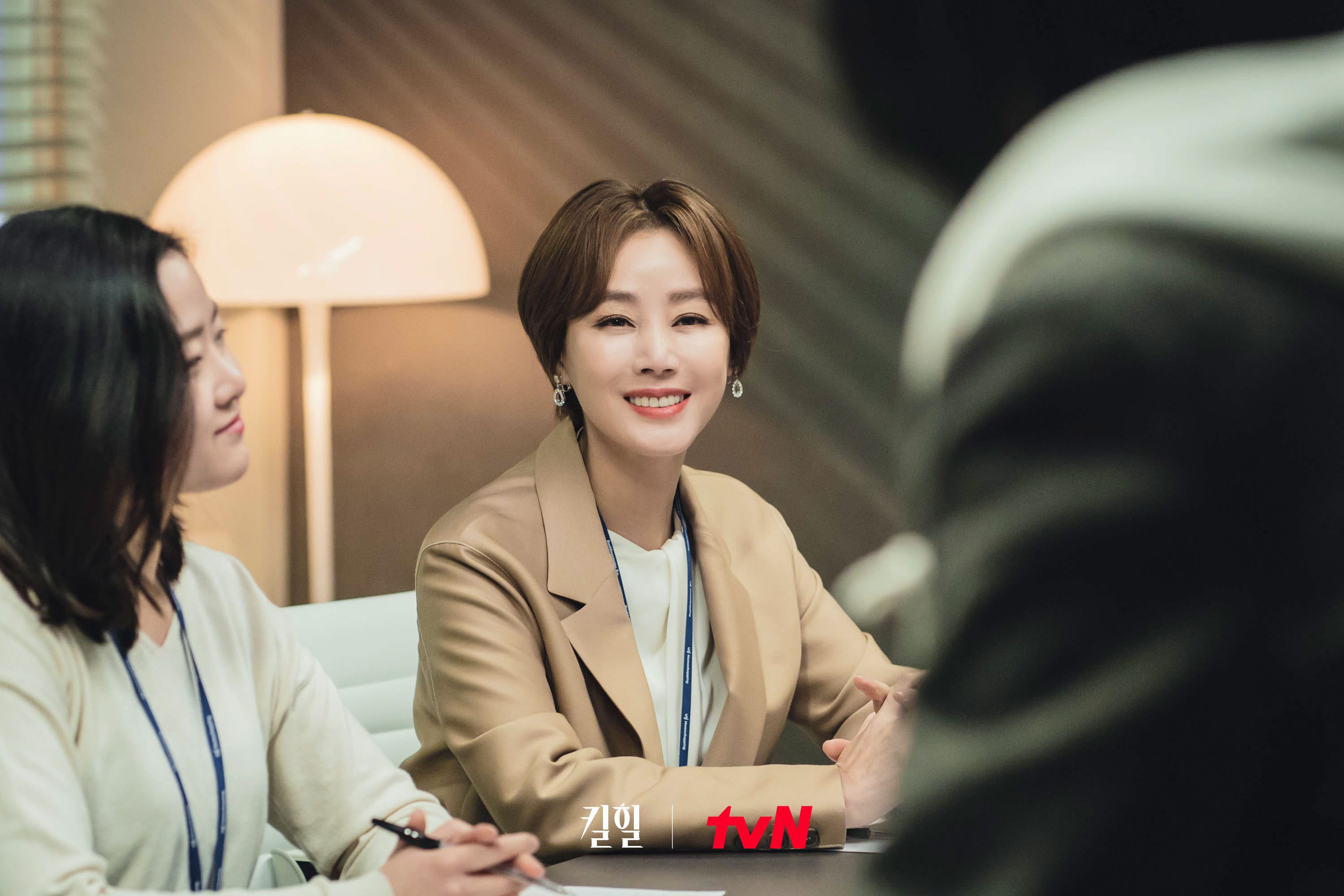 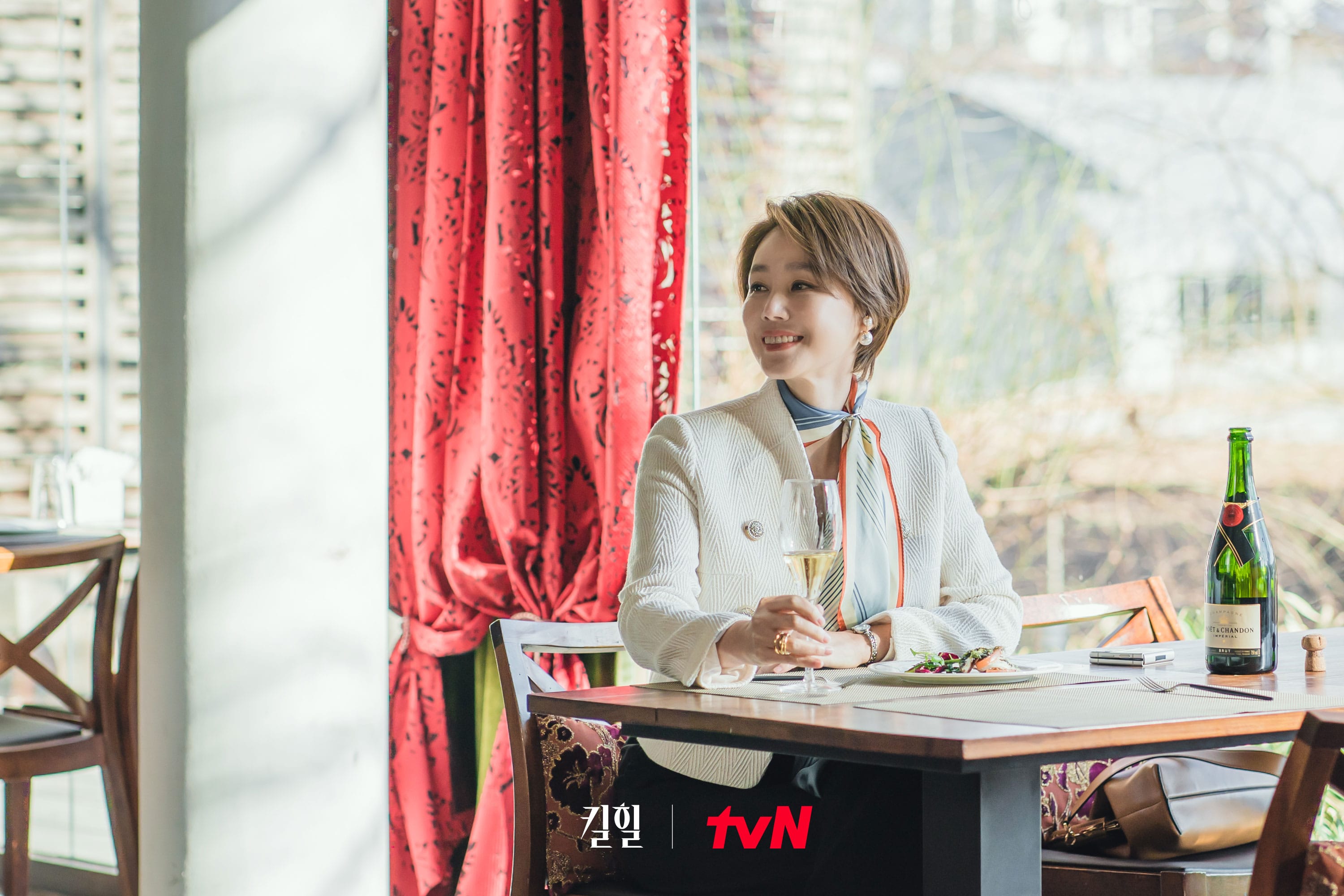 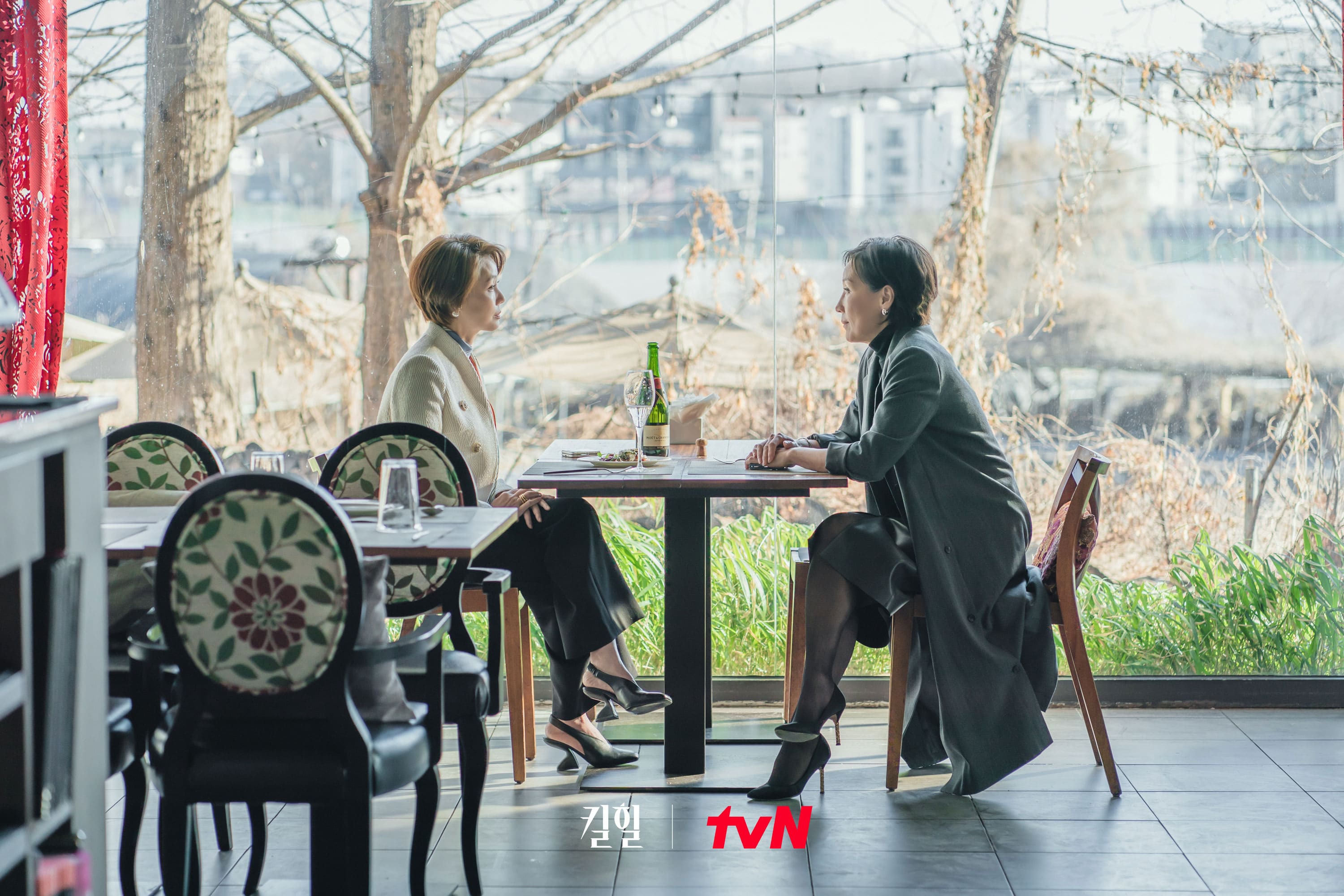 Ahead of the premiere, the production team said, “Mo Ran and Ok Sun have a special relationship in which they have trusted and relied on each other more than anyone else. Please look forward to [finding out] why the two characters are suddenly at war with one another as well as the synergy between Lee Hye Young and Kim Sung Ryung, who will portray their deep-rooted and complex relationship and private affairs.”

While waiting, check out Kim Sung Ryung in “Are You Human Too?“: