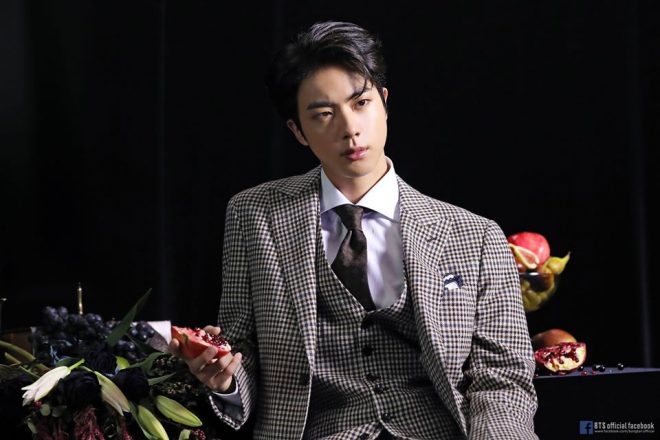 BTS‘s Mr. Worldwide Handsome, a.k.a, Jin, has always given off rich and princely vibes. How could he not, with his gorgeous face and tall physique? If you put him in a suit, you’re likely to get him giving off chaebol heir, born-to-be-rich, CEO vibes.

But put him in slightly more casual clothes, and you get the rich, young, start-up company CEO vibes! Jin uploaded the following set of photos onto his Instagram with the caption, “tried taking photos that look like a successful person.”

What he means by that is the typical high-rise, sunset and all-glass windows office shot that many successful careermen (or women) post online.

His casual but expensive cardigan layered over a white shirt and tie makes him look like a young CEO getting off work.

J-Hope even played along with the comment, “That’s a really cool life…”

While the photos are gorgeous and all, we have to wonder — isn’t he already successful? What is the man saying! Korean netizens seem to echo our sentiment.

Leave some crumbs for the rest of us peasants, Jin!