NU’EST has revealed the details for their last comeback as a group under Pledis Entertainment.

At the end of February, Pledis announced that their contracts with NU’EST would expire on March 14. JR, Aron, and Ren are leaving the agency, while Baekho and Minhyun have renewed their contracts. The agency said that the group would have one final comeback in March before disbanding. The members shared heartfelt letters with fans where they discussed their decision to go their separate ways.

On March 4 at midnight KST, NU’EST announced they would be releasing a “best” album titled “Needle & Bubble.” It will be released on March 15 at 6 p.m. KST.

Check out the schedule below and stay tuned for updates! 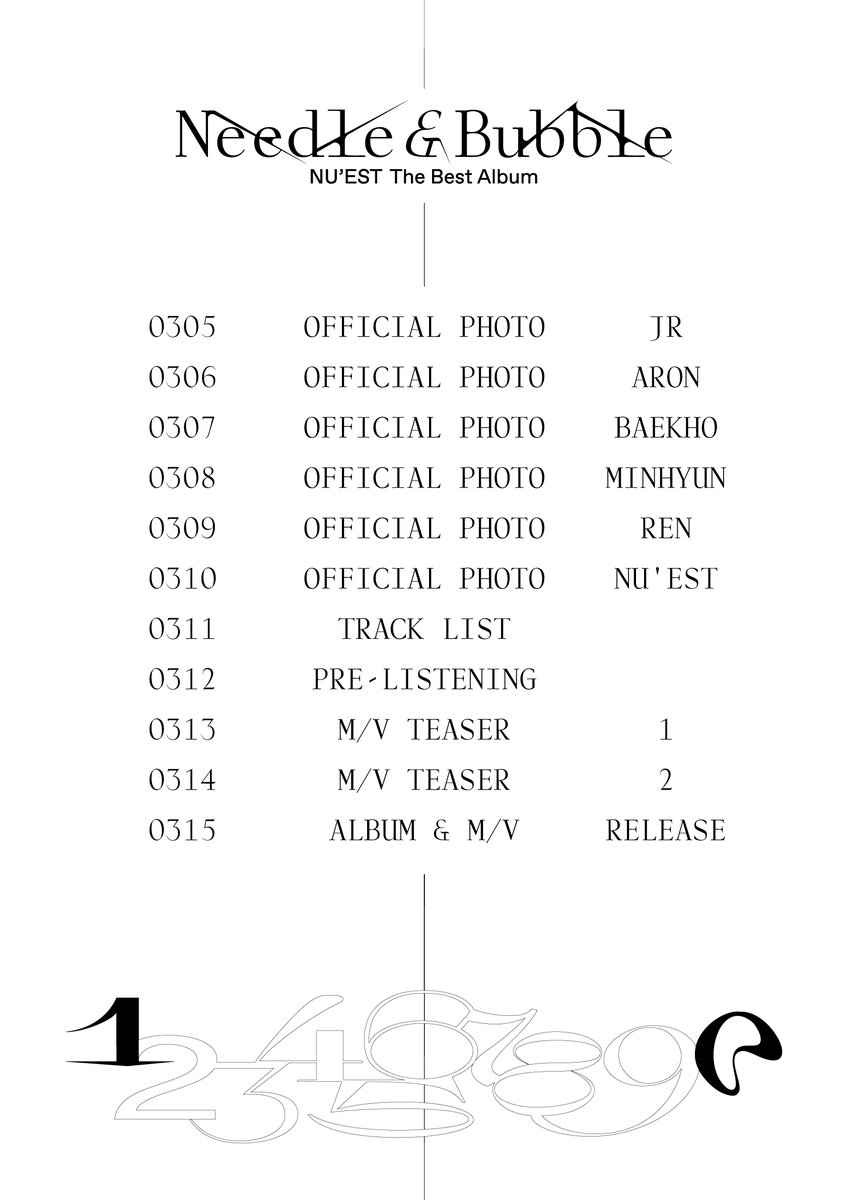