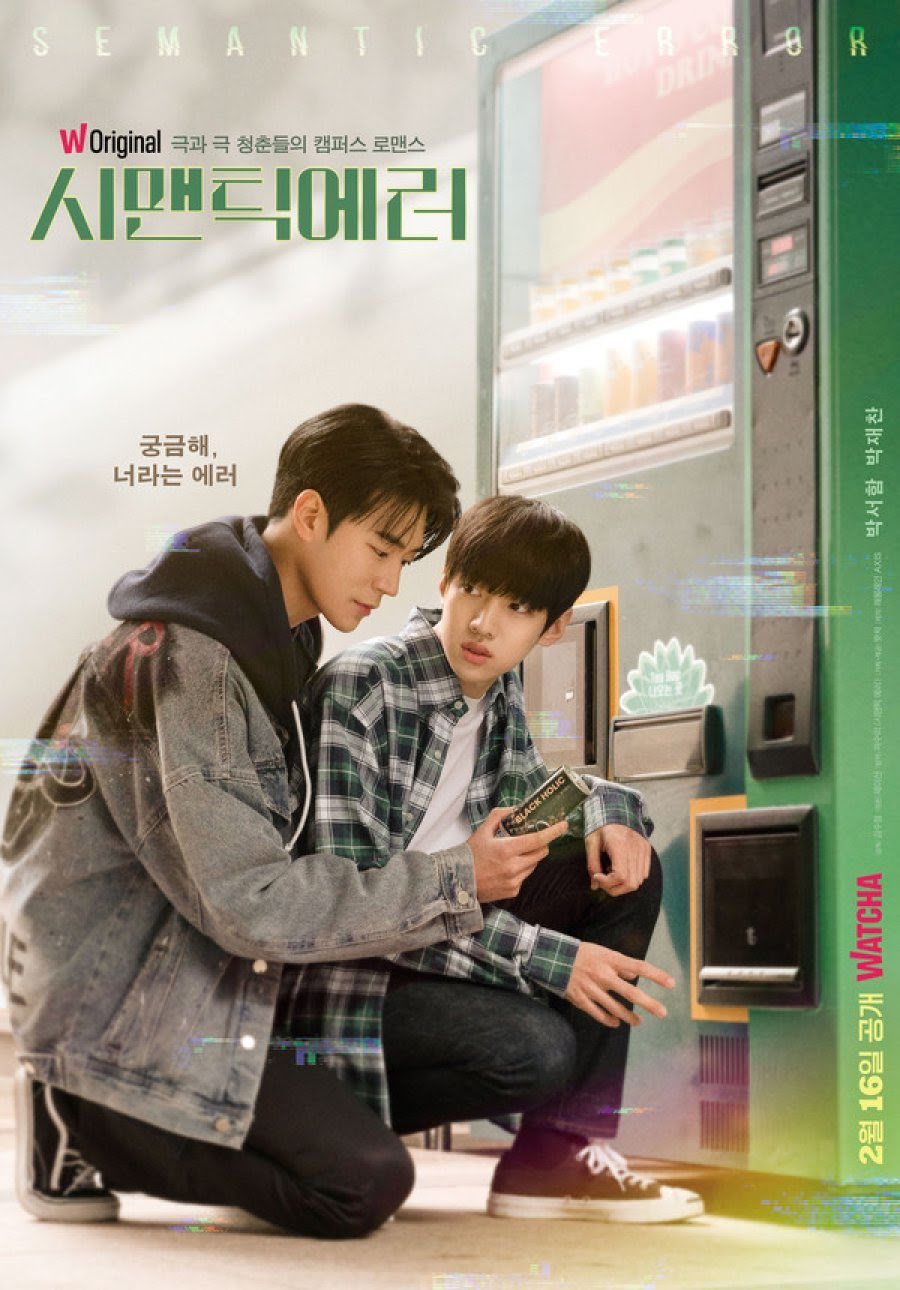 It seems that K-Dramas have recently seen a slight hint of expansion into the BL (Boy Love) genre of late. One of the latest series to catch the attention of netizens is “Semantic Error,” starring DONGKIZ’s Jaechan and former KNK idol, Park Seoham.

Based on a webtoon, the series follows Sangwoo (Jaechan), a com-sci major who is rigid and a stickler for the rules.

After having to finish a group project alone, he removes their names from the presentation as well, and it results in groupmate Jaeyoung (played by Park Seoham) taking a huge hit to his grades. He seeks Sangwoo out and vows to torment him, but it seemingly turns into a romance.

As expected, when it was announced that an upcoming idol in Jaechan was taking on the role, it was a shock. South Korea is still very traditional in its views towards sexuality, and it was a huge risk for a group that only debuted in 2019 to take on the role in a BL.

Yet, it seems as if Jaechan didn’t care about the potential backlash when it came to deciding on the role. Jaechan and Park Seoham recently appeared in an interview, speaking about the show and what to expect.

During the interview, Jaechan was asked why he chose to play the role. It seems like most people around him were against the idea, including his company Dongyo Entertainment.

At my company, they tried to stop me a lot.  They asked me, ‘Will you really be okay?’, ‘Are you sure you can do this?’ Even so, I told them I want to do it.

He also added that the more the company tried to dissuade him from playing the role, the more he wanted to do it even more.

The thought of giving it a try gets stronger, so I persuaded my company. That’s how I get to star in this series.

Although it was a risk, it’s definitely paid off as fans have become obsessed with the series. Not only has it broken the molds, but both actors have given their 110% to the roles, including the highly anticipated kiss.

Netizens have also shared their praise on social media for both actors for taking part in the BL, despite possible backlash from a very conservative society in Korea. Although K-Pop has been known to break down gender barriers, sexuality is still a taboo topic for many idols.

semantic error has an amazing cast with with so much chemistry and potential, a really catchy ost, the best slowburn enemies to lovers plotline I’ve seen and a top notch production.. now ask yourselves why aren’t you watching it yet

Lets talk about this scene. This might be the hardest scene that Seoham mention about since he having a hard time to be mad at Jaechan because he always adore him. But damn. They did great on this one. It so intense 😳 #SemanticErrorEP5 #시맨틱에러 #semanticerror pic.twitter.com/pRElRVXMVR

Yet, Jaechan isn’t the only idol who has gained praise for defying the norms and wanting to star in a BL drama. A.C.E‘s leader Jun starred in the K-Drama “Tinted With You.”

The story follows the student Eunho who is transported to Korea’s past through a painting. He meets Prince Heon (Yoo Hyun Woo) and his bodyguard Geum (Kim Tae Jung), but Eunho forms a romantic bond with the prince.

In an interview, Jun shared his pride and desire to play the role and even the support he gained from his fellow members. For him, it was about showcasing that he respects everyone’s choices and being a voice for the fans.

I am quite open-minded about [the topic of] LGBTQ+ [people] and respect everyone’s values and decisions. I definitely don’t think it’s something that is wrong because we are all born differently. I was proud that I could tell a part of their story and be another voice for them through this role.

Despite being so young, Jaechan has maturity when standing his ground to play this role. Along with others, including VIXX’s Hyuk in Color Rush 2, idols are starting to make the topic of sexuality more open in Korean society.

You can read more about the K-Drama below.

Here’s All We Know About “Semantic Error”, A BL K-Drama Starring Idols