ARMYs Had The Funniest Reactions To BTS’s “PERMISSION TO DANCE ON STAGE” Las Vegas Shows Selling Out During The First Presale : Entertainment Daily 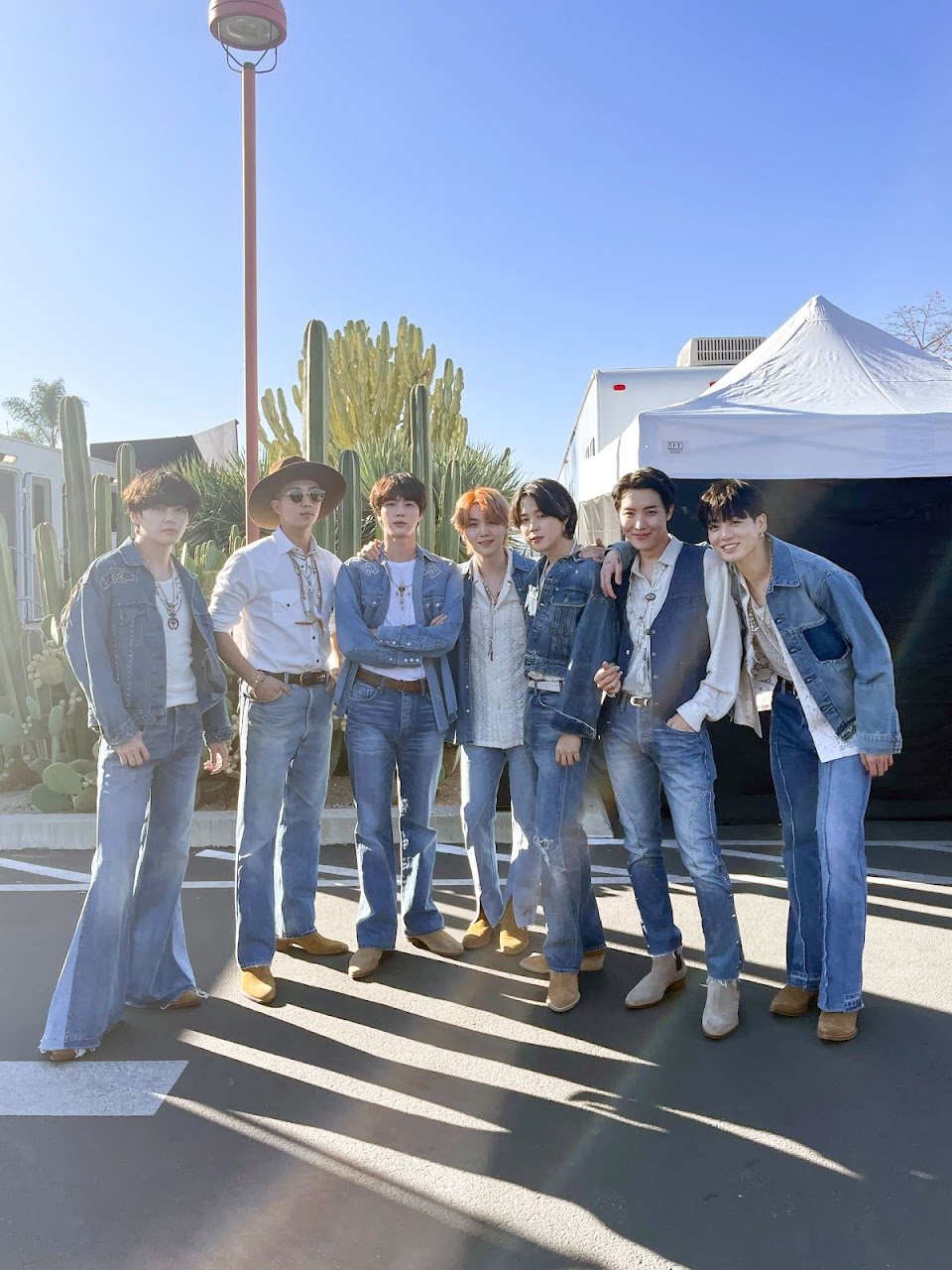 American ARMYs couldn’t contain their excitement when it was announced that BTS was coming to America.

Last month, BIGHIT MUSIC shared that the group would be heading to Las Vegas for four special shows as part of their PERMISSION TO DANCE ON STAGE tour. The group would be coming to the city during April at the Allegiant Stadium, and it would also be broadcasted for fans at the MGM Grand Garden.

On March 2 (PST), the tickets for the four shows came on sale for those who had “BTS GLOBAL OFFICIAL FANCLUB ARMY MEMBERSHIP.” This was then due to be followed by the second and final presale, which would be held on March 3, and the general sale would open on March 4.

As expected, when it came close to the time of the presale, fans shared their experiences of trying to get tickets, and it was definitely every ARMY for themselves.

currently need real representation of bts ordering their own ticket concert, so they will know how HARD it is😭 pic.twitter.com/pNK2C8Xzb6

mom: who sold our house?
me and my mutuals at the bts concert: https://t.co/SsPDEWyhJ1 pic.twitter.com/gZ5KRZhrzR

Yet, one of the worries for ARMYs was with the announcement that all the tickets would be released on the first presale.

Unfortunately, many were right to be worried as no sooner had the tickets been released at 3 PM (PT) on March 2, all of the tickets had been sold out, and Ticketmaster announced they were canceling the rest of the sale periods.

Due to overwhelming demand during today’s @BTS_BigHit BTS GLOBAL OFFICIAL FANCLUB ARMY MEMBERSHIP Presale, all tickets for the @AllegiantStadm shows have been purchased. All shows are now sold out. There will not be a General Verified Fan Presale or General Public Onsale.

Yet, even those who struggled to get tickets had the funniest reactions on social media, sharing their feelings on not getting tickets but also happiness for those who managed to get the “Gold Dust” tickets.

“I MADE IT” “IM GOING TOO SEE BTS” “I GOT TICKETS” “ I GOT BARRICADE” “I GOT FRONT ROW”#PTD_ON_STAGE_LasVegas pic.twitter.com/azcswVYaVZ

THE BTS, THE SOLD OUT KINGS

I’m happy for those armys who can buy the tickets

My tl: “I GOT TICKETS” “IM SEEING BTS” “GOT BARRICADE”

congrats to everyone who got tickets!!!! don’t speak to me ever again but i’m happy for you truly pls email me for permission before u look at yoongi

Although there were mixed opinions on fairness, ARMYs shared their pride in the achievement by the members. It was a huge deal for fans that the group managed to sell out the stadium, which can hold 65,000 at full capacity.

BTS sold out four shows in Vegas for a STADIUM concert on the first night of ticketing. That is some biggest-artist-in-the-world behavior.

@BTS_twt is THE FIRST artist to sold out 4 dates at Allegiant Stadium. pic.twitter.com/s8QRPnBNf3

Of course, it was always going to be difficult trying to get tickets. Despite Suga trying to tell ARMYs otherwise, even his foolproof advice couldn’t have helped fans.

yoongi saying buying bts tickets is like ordering off a menu

the restaurant in question: pic.twitter.com/8AJ7eGVnaC

Hopefully, BTS might add more shows amidst rumors of a possible world tour with such a high demand for tickets in America. It once again showcases BTS’s popularity and how dedicated ARMYs.

You can read more about the struggle in trying to get BTS tickets below.