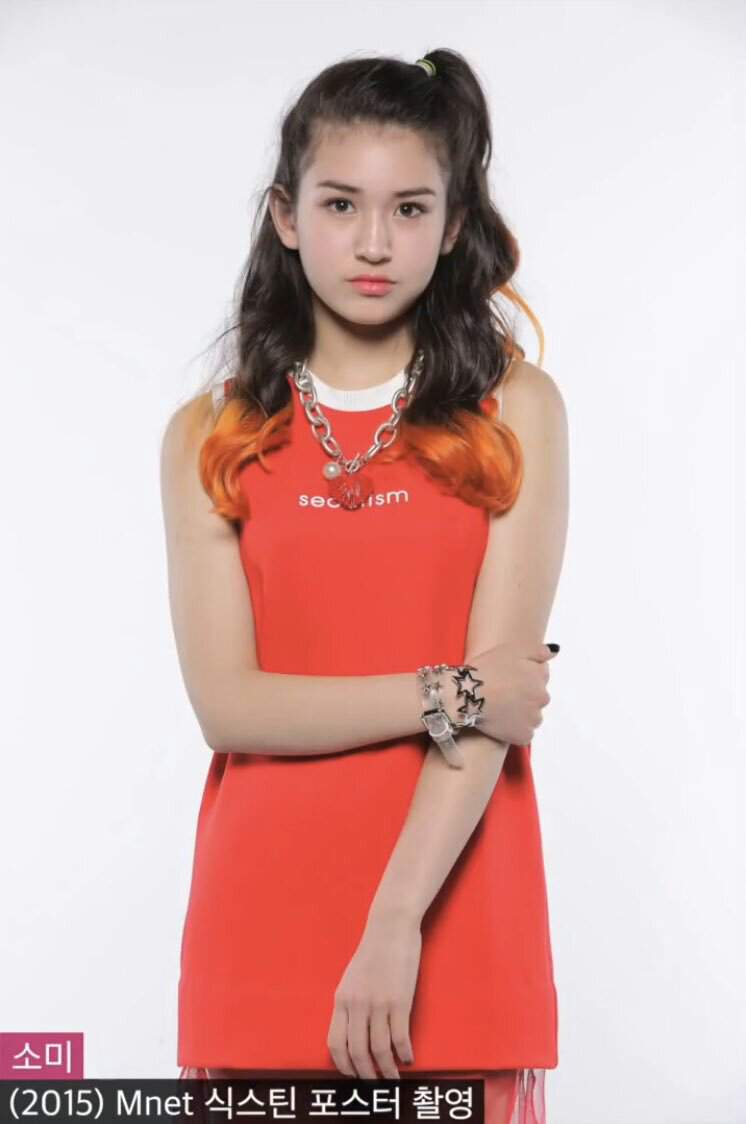 Recently soloist Somi took to Instagram live to chat with her fans and give them a lot of entertaining content.

Sharing a greeting from aespa‘s Giselle, who was also watching Somi’s live.

@treasuremembers
“it’s treasure’s song am i right?”
somi knows about darari challenge and she might do it soon ahh!!! can’t wait~ pic.twitter.com/pCQCtPzWou

Which as soon as the live was over, she filmed and uploaded it to her TikTok account as promised.

In many of his VLIVEs, Bang Chan has often watched Somi’s music videos. And when he was reacting to her comeback “Dumb Dumb,” Bang Chan even congratulated her. Saying that he “saw her all the time as a kid. It’s been almost 7 or 8 years. We’ve known each other for 8 years.”

The two have even interacted briefly at music shows. Like in this adorable interaction when they high five after they pass each other on stage.

In Somi’s Instagram live, she brought up Bang Chan when she talked about the kind of content she should do in her own lives. The idol suggested that maybe she could react to videos like Bang Chan often does. Even mentioning that she knows he has reacted to a lot of hers.

“Maybe I should make a reaction to the videos? Maybe Stray Kids, because Chan always reacted to mine when he was live. “#straykids #bangchan #somi #jeonsomi pic.twitter.com/vW5z2oWVKR

Somi then added that she has a funny nickname for Bang Chan, often calling him Ban Chan.

somi mentioned chan in her ig live she was thinking of what to do so she was like “should i react to videos? maybe stray kids cuz chan always reacted to mine in his vlive” (couldn’t record this part) and then she was talking about how she calls chan banchan ㅋㅋ pic.twitter.com/27trA1tI81

Banchan means side dishes that you would eat with a meal. And the pronunciation is very similar to that of Bang Chan’s stage name, which is why Somi teasingly started calling him that.

And while this is adorable proof of the two idol’s friendship, the nickname is probably familiar to most Stray Kids’ fans.

A while ago, Stray Kids’ Felix was asked in a music show interview what his favorite side dish (banchan) was. Felix jokingly answered, “Bang Chan hyung.”

The joke didn’t stop there, with Bang Chan later updating his Bubble app name to say “SideDish,” with the added reference of “Felix’s favourite SideDish.”

somi mentioning how she used to called bang chan “banchan” (side dish) reminds me when he changed his bbl dn to “side dish” and his bio status “felix’s favourite side dish” PLS pic.twitter.com/9Ob2NHCx30

And it’s definitely a goofy but adorable name for Somi to call her friend. Fans can only hope to see more interactions between the two in the future.