Sunmi is teaming up with Spotify to release a new single on International Women’s Day!

On March 2 at midnight KST, Sunmi officially announced that she would be dropping a new single next week for Spotify EQUAL, an initiative the streaming service launched last year aimed at fostering equity for women in music and audio.

Sunmi’s new Spotify single, entitled “Oh Sorry Ya,” will be released on March 8 at 2 p.m. KST.

Check out Sunmi’s first teaser for the upcoming single below! 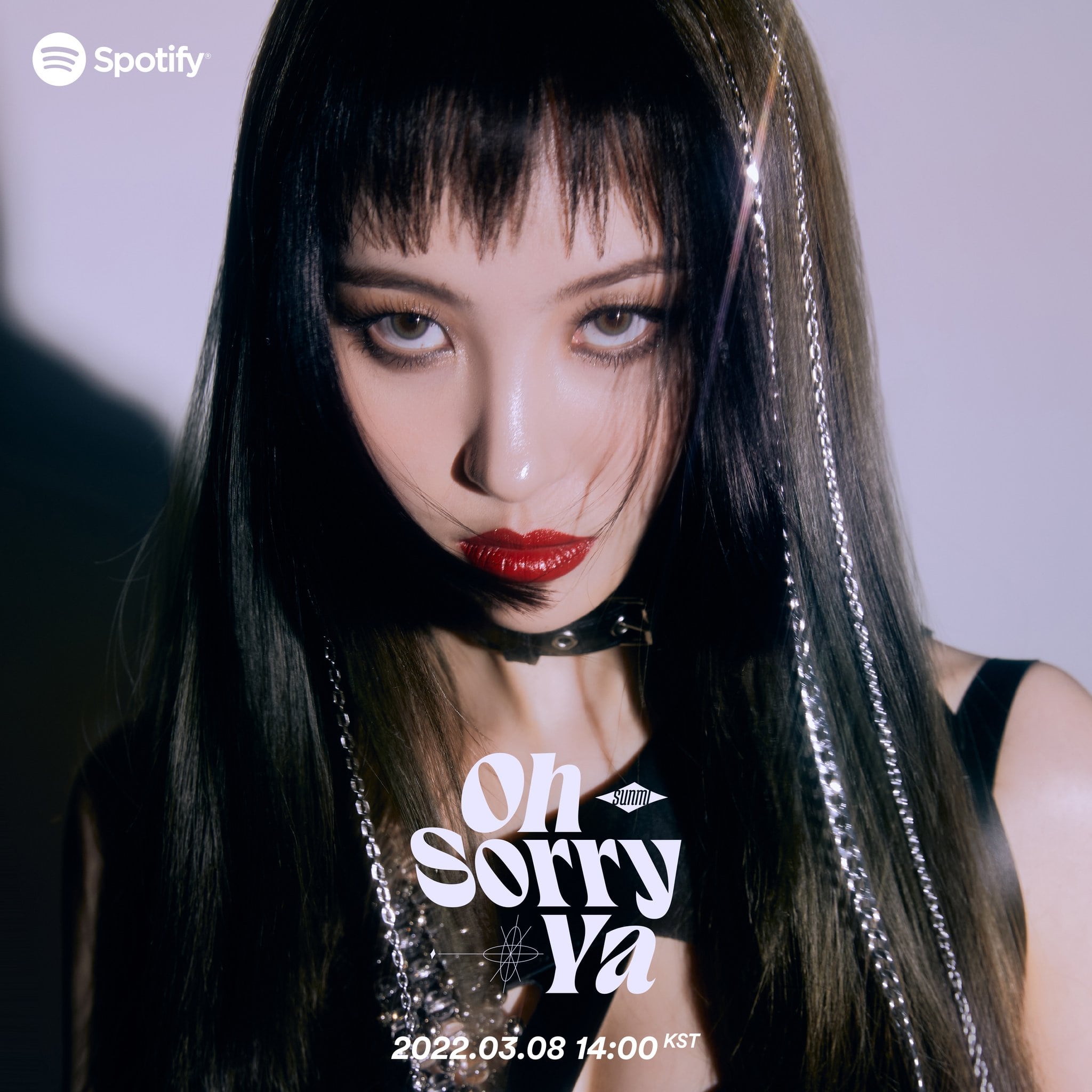