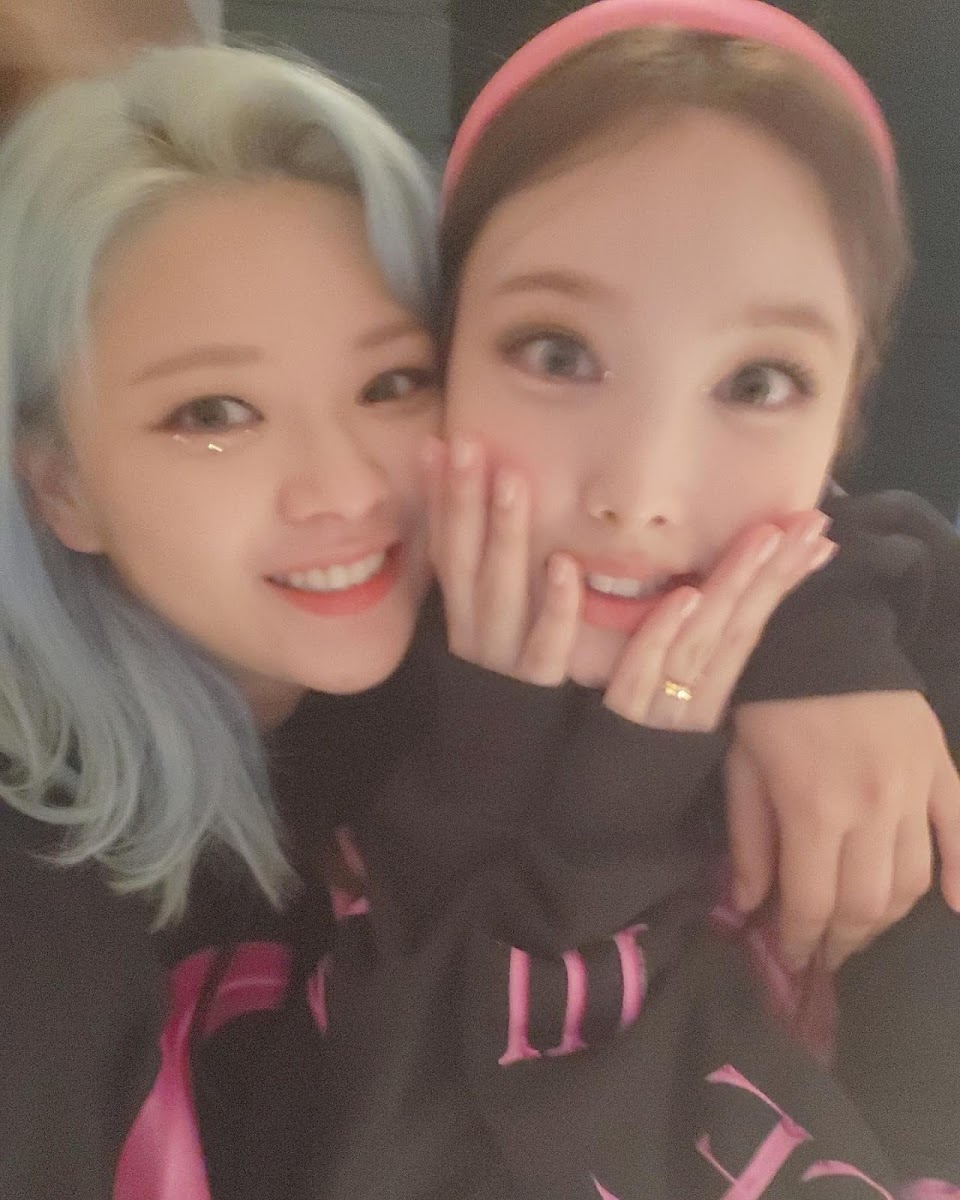 TWICE wrapped up the US leg of their III tour on February 27 with their second show at the UBS Arena in New York.

Throughout the entire tour, each member has wowed ONCEs with great performances, their dedication to their craft, and their playfulness and sexiness during the concerts’ encores.

During the final encore performance of the US tour, Jeongyeon decided to end the tour with a bang and let loose with New York ONCEs.

During the encore, Jeongyeon twirled her head around and spun with her arms above her head.

Then, she started twerking as ONCEs cheered her on and laughed!

Chaeyoung also noticed Jeongyeon’s twerking, and she laughed so hard that she fell to the ground.

Nayeon was completely shocked by Jeongyeon’s sudden twerking, and her jaw dropped when she saw Jeongyeon dancing.

Although Nayeon was initially shocked by Jeongyeon’s twerking, she quickly got over her shock. She even playfully slapped Jeongyeon’s butt when Jeongyeon twerked again during “I’m Gonna Be a Star.”

ONCEs couldn’t get over Jeongyeon’s twerking and Nayeon’s reaction, and they talked about the moment on Twitter.

😂 😂 😂 JEONGYEON twerking will be in Im Nayeon head for forever
She will be seeing even when she sleep 😁😁😁😁😁 pic.twitter.com/2xrzcw5Jgw

I NEVER THOUGHT I CAN WITNESS JEONGYEON TWERKING IN MY LIFE. THAT NEVER CROSSED MY MIND BUT JY SAID BTCH LOOK AT THS BOOTY TWERKING 😭

NAYEON’S REACTION TO JEONGYEON TWERKING ME TOO GIRL MY HEAD IS SPINNING pic.twitter.com/wBRYNd89ws

We’re glad all the members had a great time on their US tour, and we hope they have a safe trip back to Korea!