Kim Sejeong Is Taken Aback By The Identity Of Her Blind Date In “A Business Proposal” : Entertainment Daily

New stills from the upcoming drama “A Business Proposal” have been released!

Based on a popular web novel that has been adapted into a webtoon, “A Business Proposal” is a romantic comedy about an office employee who goes on a blind date with her company’s CEO in place of a friend while hiding her identity. Ahn Hyo Seop will star as chaebol heir Kang Tae Mu, who has everything from looks and brains to wealth and business savvy. Meanwhile, Kim Sejeong will star as food researcher Shin Ha Ri, who stands in for her best friend and chaebol heiress Jin Young Seo (played by Seol In Ah) at a blind date with Kang Tae Mu.

With the drama’s premiere just hours away, the drama shared a glimpse of the chaotic moment when Shin Ha Ri and Kang Tae Mu meet as blind dates.

In the photos, the two characters are facing each other in a luxurious place. Kang Tae Mu had no choice but to show up because of his grandfather Kang Da Goo (Lee Deok Hwa), who insists he get married, and he looks as if he’s at a business meeting. On the other hand, Shin Ha Ri is here to ruin the blind date on behalf of Jin Young Seo. She’s dressed up in a different way from her usual self, and she seems determined to spoil the mood.

However, Shin Ha Ri runs into an unexpected problem when she realizes her date is none other than her boss. She looks startled and flustered, hinting that things are about to go south. Questions are mounting for what kind ace Shin Ha Ri has up her sleeve to scare him off, and how will Kang Tae Mu respond to her strange performance? 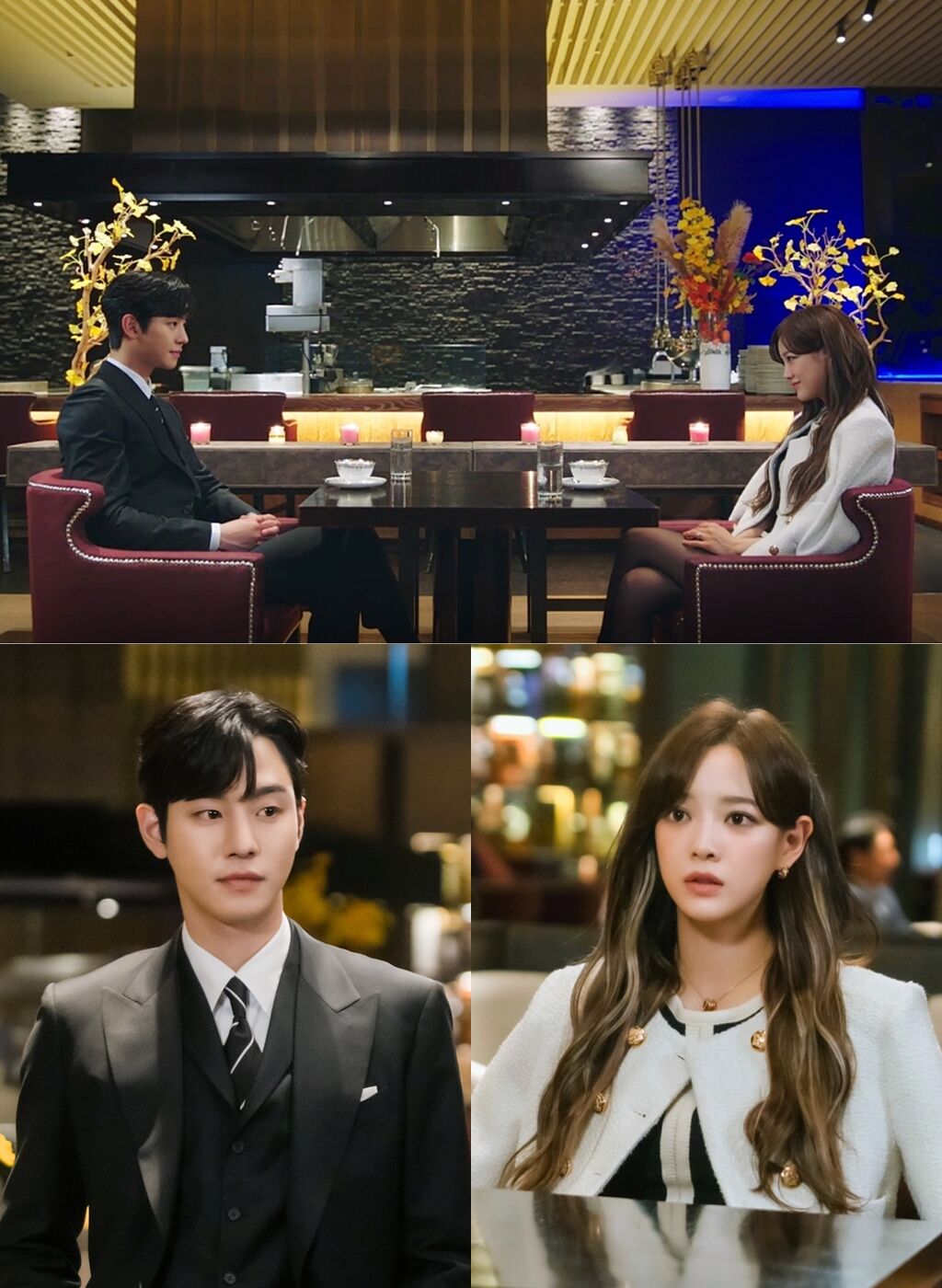 “A Business Proposal” will premiere on February 28 at 10 p.m. KST. Check out a highlight clip for the drama here!

In the meantime, watch Kim Sejeong in “I Wanna Hear Your Song” below:

Previous Post
“Squid Game” Jung Ho Yeon Had The Best Response To An “Ignorant” Question By An Interviewer At The Screen Actors Guild Awards : Entertainment Daily
Next Post
Han So Hee Makes An All-Cash Purchase Of A Luxury Apartment In Achiul Village — Here’s Why The Public Is Reacting Positively To It : Entertainment Daily