Cho Yi Hyun Talks About Training For “All Of Us Are Dead,” Feeling Discouraged While Auditioning, And More : Entertainment Daily

In a recent interview with W Korea, Cho Yi Hyun opened up about preparing for her role in “All of Us Are Dead,” what kind of student she was in high school, and more!

For “All of Us Are Dead,” Cho Yi Hyun explained that she had to train physically for her character. She said, “I trained for about three months, and it was really hard. I’m a bit athletic, but the director worried because my stamina wasn’t good. Choi Nam Ra becomes stronger in the second half of the show, and she is the only person in the drama that can beat Yoon Gwi Nam (Yoo In Soo). I practiced throwing Gwi Nam over my shoulder, and it was difficult even though it’s a movement using momentum and not strength. Since I’m stubborn, I gained some physical strength over the filming period. My stunt double also helped me a lot.”

When asked if there is any scene where she had to use more energy or pay closer attention to, Cho Yi Hyun remarked that she needed more focus for a scene at the end with On Jo (Park Ji Hu). She said, “It is around the end when I am about to bite On Jo. It is a scene where I’m alone in conflict trying not to bite her. As she screams, ‘Don’t come. I told you not to come!’ Nam Ra disappears. Before filming, when I thought of that scene, I thought I would be at a loss and confused about how to act. That day was actually my last day of filming and because what I had done so far passed by in my head, I got immersed into it well. It’s also my favorite scene. It is a scene where it becomes just the two of them after being in groups with a lot of friends, and filming with Ji Hu was very comfortable.” 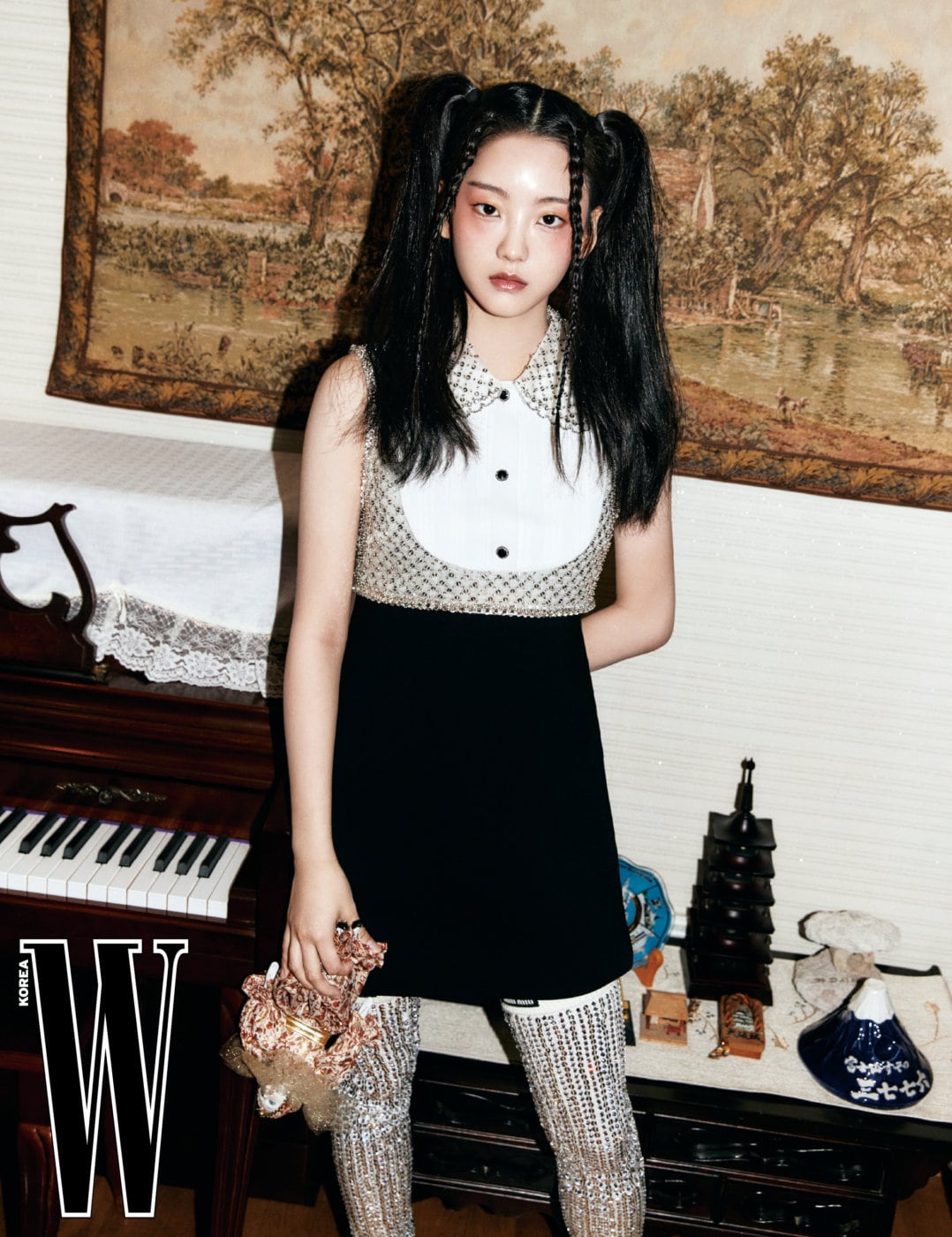 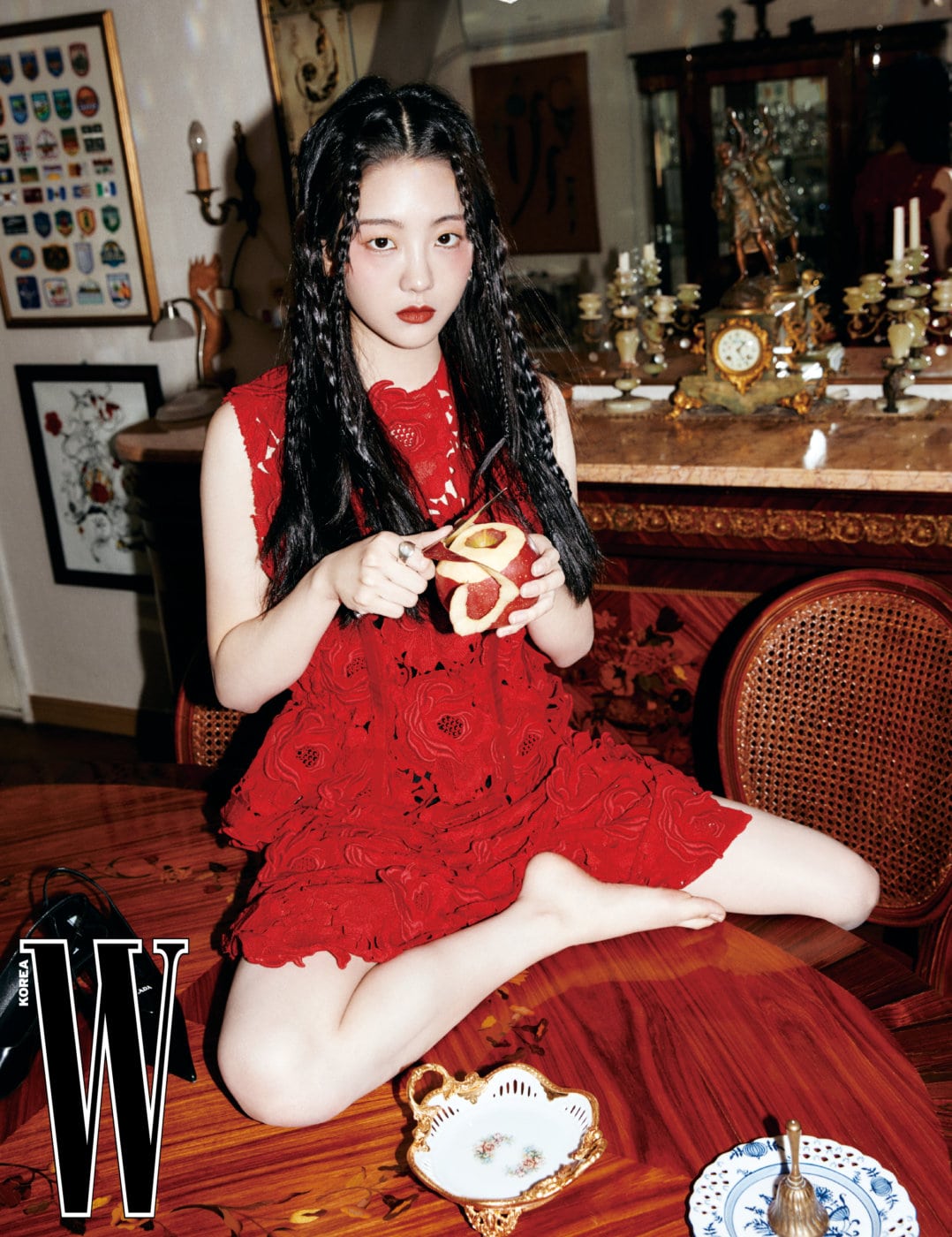 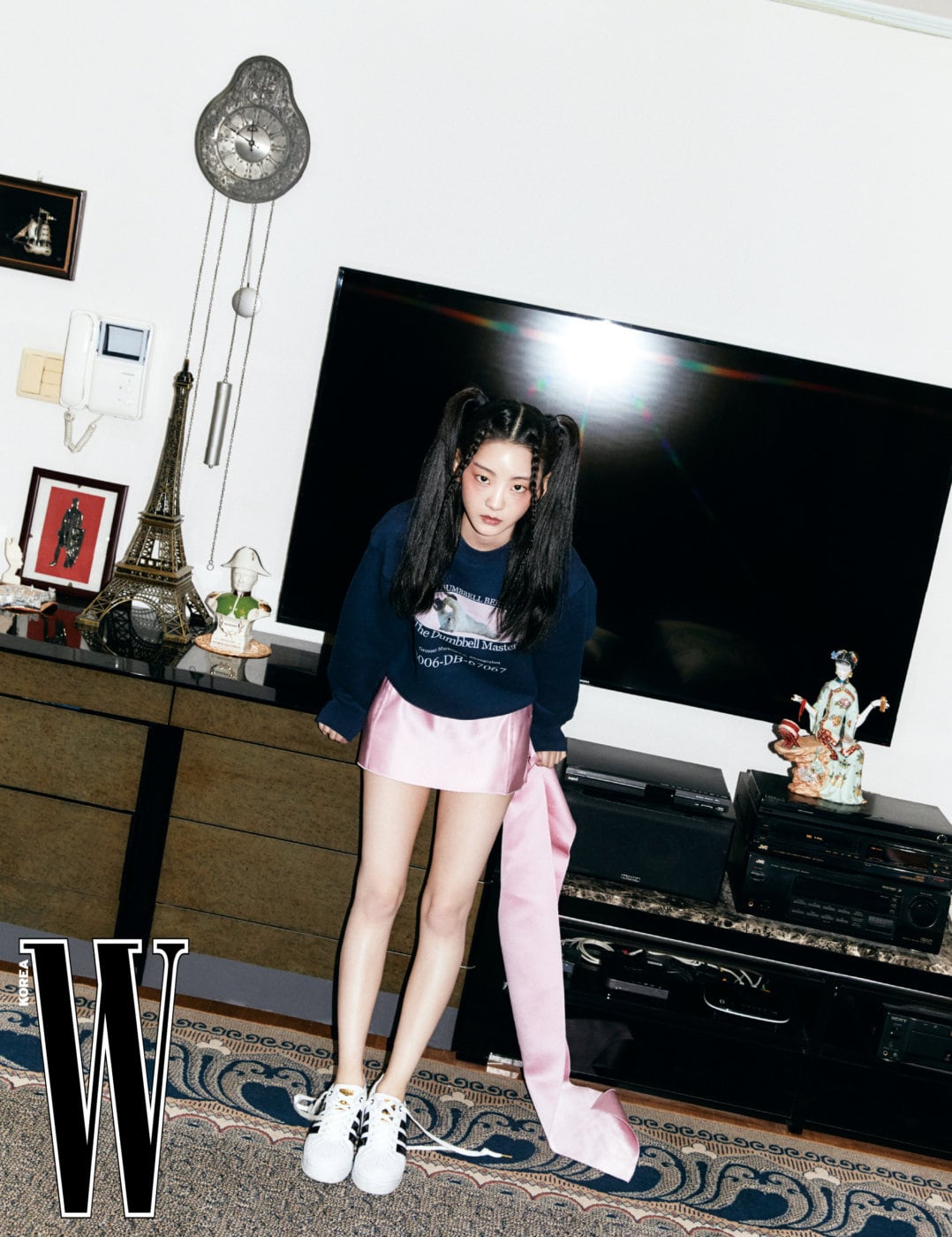 Cho Yi Hyun later also said that she auditioned for “All of Us Are Dead” without knowing what kind of project it is. She said, “At first, I auditioned for the role of On Jo, which Park Ji Hu plays, and [director Lee Jae Gyu] asked me to act more brightly. I said, ‘This is my brightest right now,’ and he asked, ‘Are you usually this calm?’ I said, ‘I’m not sure. It’s a little hard to say personally what I’m like,’ so I thought I failed the audition.”

The interviewer asked if the online claims about her being born in the city of Gwangmyeong and being a gymnast are true, but Cho Yi Hyun said these statements are false. She then began to talk about how she studied the arts in high school and devoted many hours to practicing. She said, “No, I was born in Seoul. I don’t even know how to do gymnastics.” She smiled before continuing, “Maybe they’re misinformed about me doing gymnastics because I’m flexible. When I was in high school, I was in the musical department. I couldn’t dance, sing, or act, so I had to learn everything diligently. On the weekends, I practiced dancing for six hours a day, so my body became a little flexible. Sometimes, I do flying yoga on days I’m not filming.” 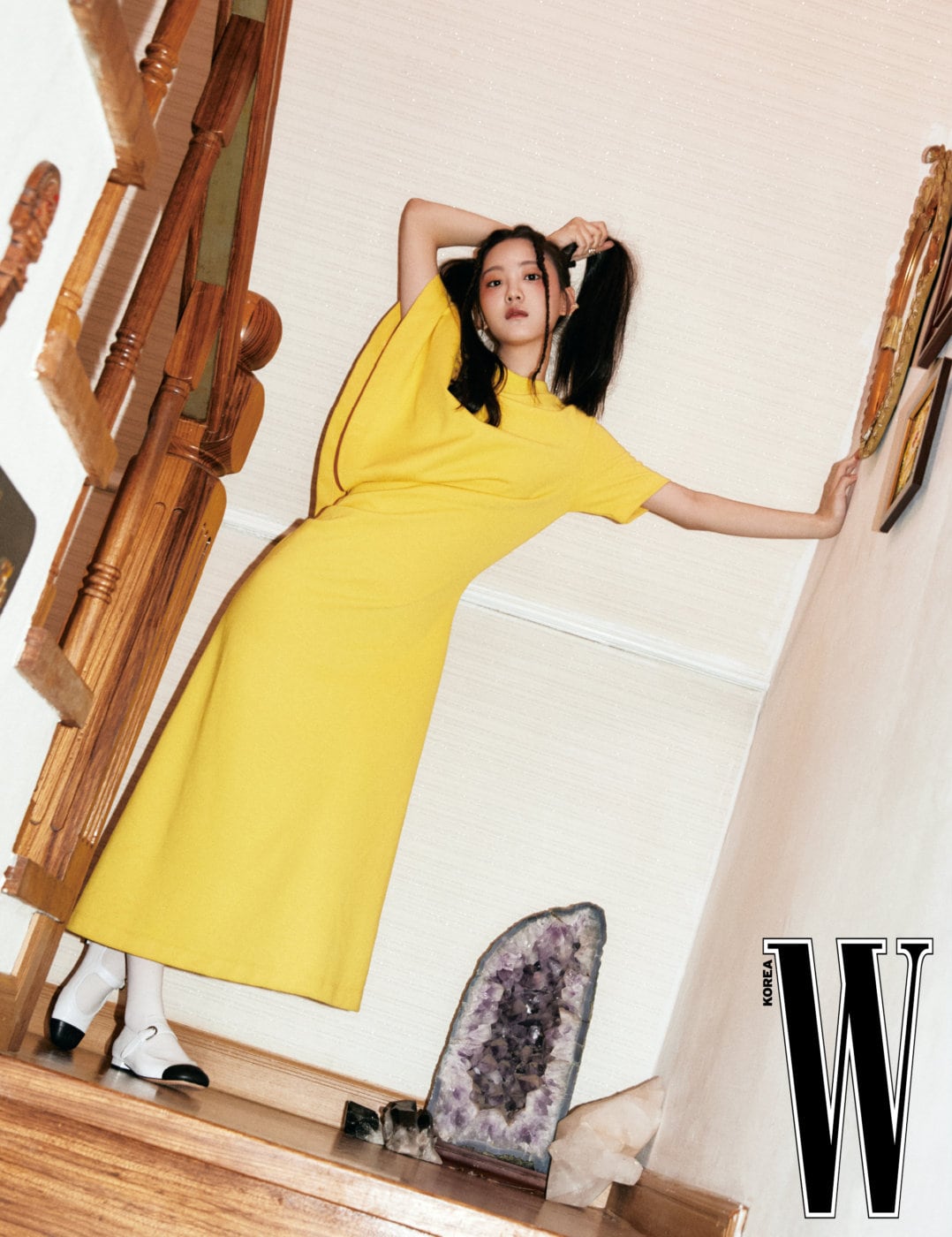 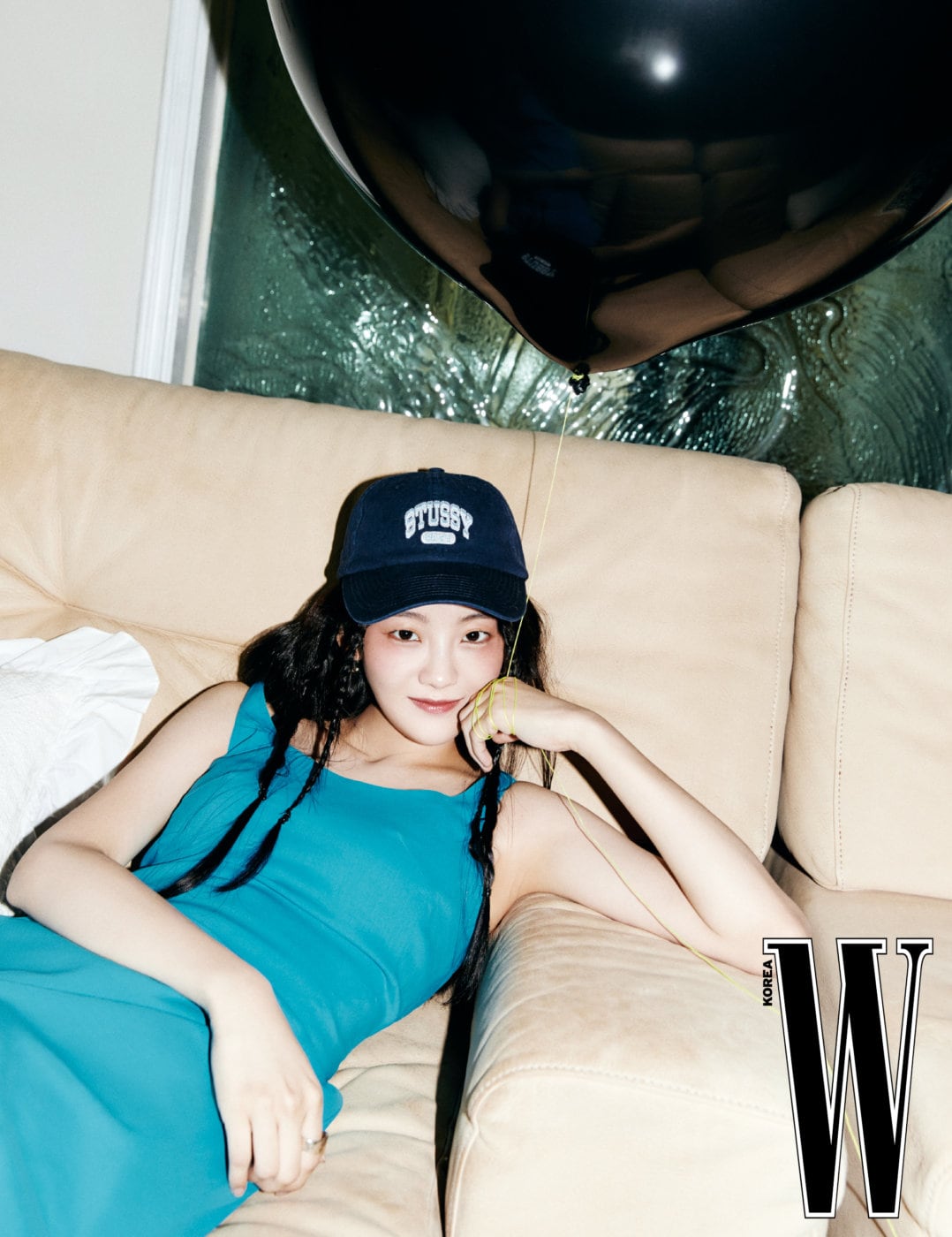 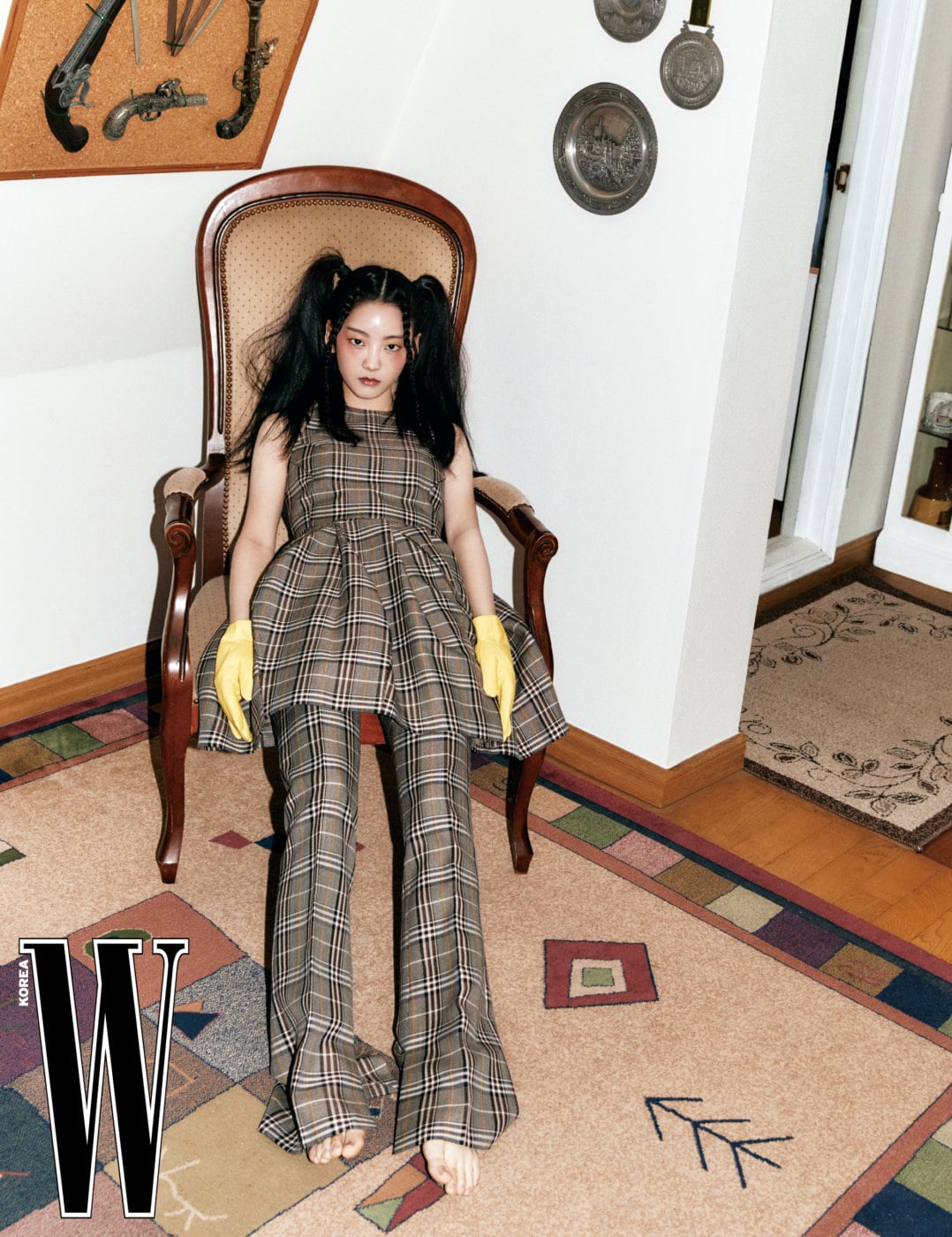 Cho Yi Hyun reflected on how in her early acting days, she was discouraged by the times she would fail auditions. She explained that changing her attitude helped her to become more confident. She said, “At first, I was [discouraged]. Then one day, I thought about this when I was going to an audition. I thought, ‘I’m on my way to fail again. I’ll work hard and come back after I fail again.’ I finally let go, and so I passed that audition. Since then, I thought it would be better to comfortably face a situation in that similar state rather than being conscious of doing well. I think I’m less nervous during auditions compared to my peers or those who have similar career experience.”

She further explained that she tries to do her best and not be greedy. She said, “I work hard on what I’m told to do, I’ve failed countless auditions, and if I luckily pass, I’ll do my best at what I’m given. After living each day like that, ‘All of Us Are Dead’ turned out successful. I think I’m getting less greedy as time passes. As this happens, more good events have occurred.”

At the end of the interview, when asked about what kind of person she is, Cho Yi Hyun summarized herself in a simple sentence. She said, “Cho Yi Hyun is a person who works hard on life today as well.”